The cast of Tyler Perry’s “Sistas” (photo courtesy of BET)

There is something about Chido Nwokocha —it’s that “it” factor, the unexplainable quality that attracts people, like bees to flowers. If you’ve seen him in action in Tyler Perry’s dramedy series, “Sistas,” — as the smooth-operating, charismatic CEO of a Fortune 500 company then you will understand exactly what I mean. ://www.bet.com/shows/tyler-perrys-sistas.html.

“Sistas” follows a group of single African-American females as they navigate their complicated love life, careers, and friendships through the ups-n-downs of living in the age of social media and unrealistic relationship goals.

Let’s begin, at the beginning. Nwokocha was born and raised in Sacramento to Nigerian immigrant parents, and like his siblings, he excelled at athletics and flourished under their supportive eye.

Education was valued in his household and after graduating with a degree in Health Administration from Ohio University, Nwokocha moved south to Los Angeles where a succession of roles soon followed. Determined he started booking, appearing an arc on Steven Bochco’s acclaimed “Murder in the First,” as well as guested on such series as “The Resident,” “Hawaii Five-0,” “Scorpion,” “Shooter,” “The Night Shift,” and “The Rookie.” Film credits include “Destroyer” with Nicole Kidman, and the anticipated and long-awaited “Top Gun: Maverick” with Maverick himself, Tom Cruise (November 19th). 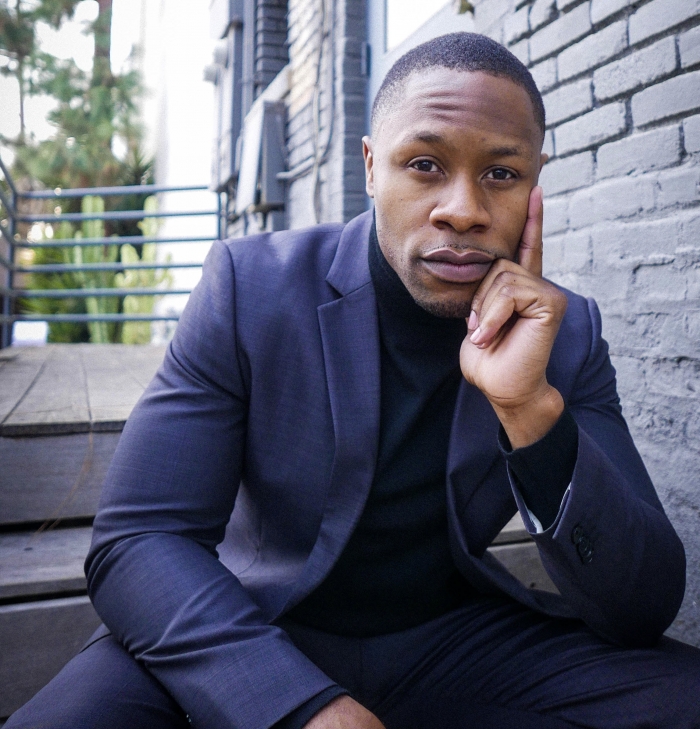 In his spare time, Chido parlays his natural athleticism into a consistent workout regimen that helps maintain his ripped physique.

Here is what Chido Nwokocha had to share about working after the COVID-19 lock-down, and more. 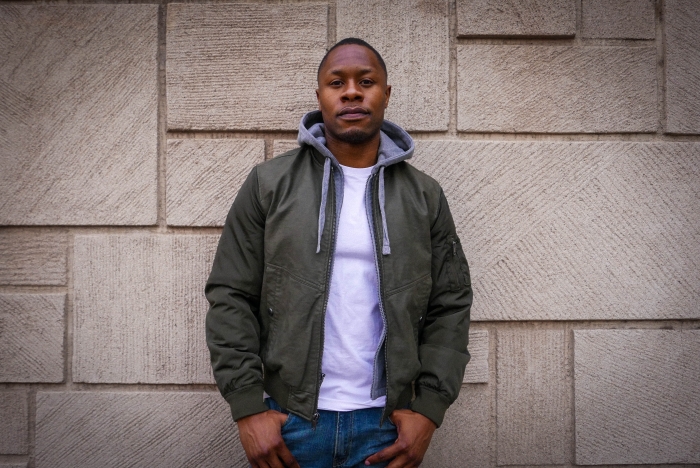 Chido Nwokocha sheds his suited up “Sistas” business attire for a more casual look while being photographed by Shannon Williams in Hollywood.

LOS ANGELES SENTINEL: How have you been finding life professionally as an actor in the pandemic?

CHIDO NWOKOCHA: I’ve been very fortunate. It’s true, we were pushed back. But we were the first production, in Hollywood, to go back. Tyler Perry created a COVID-19 bubble.

It’s different. Again, a lot of the protocols for safety are in place. Safety is key. You have to be safe in quarantine, be cautious of what areas you’re going around. Trying not to be in public spaces too much.

LAS: How did you get the lead role?

CN: It was a crazy process. I went out for one of his other shows and it didn’t work out. I remember just coming home, and some time passed. I started this new job – a bartending job. The very day I started, I get a call from my manager that they wanted to see me for the show [Sistas]. I was like: “Okay, cool.” I thought it was an audition here in LA and they were like: “No, we’re going fly you out.” I just started this new job… that little process as an actor of chasing your dreams. Trying to support yourself at the same time so you can stay out here to chase that dream if that makes sense.

LAS: I love stories like this. It’s always really about something, much bigger.

CN: You just take that leap of faith. I flew out to Atlanta, tested for the role, lost that bartending job… that following week, I get a call saying I got the role. I was so excited – calling my people, friends, and family. That was an interesting week and a half, for sure.

LAS: I would describe “Sistas” as a dramedy. Is comedy your jam?

CN: Our show has some comedic elements to it. I enjoy dramas. I enjoy more… I gravitate more to drama. All the shows I generally watch, there are a few comedies in there to sprinkle in, I gravitate to drama, mystery, things that have to make me follow along to find out what’s going to happen in the end. 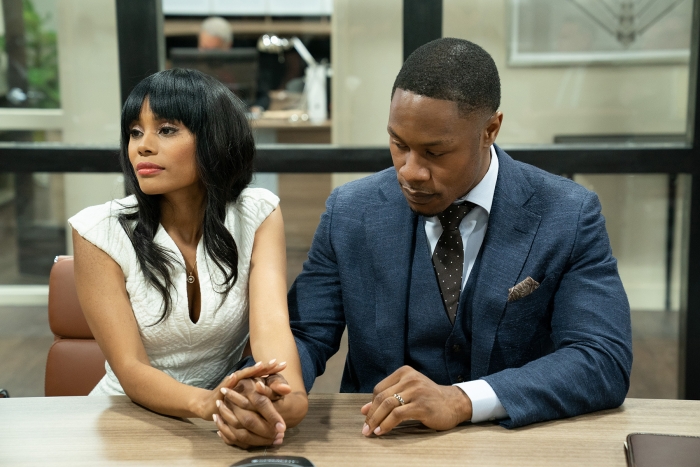 LAS: I will not lie. There is something about you, Chido Nwokocha. Whose careers’ do you admire?

CN: To be honest, there are figures that I’ve watched. You see Will Smith, Denzel [Washington], Idris [Elba]. It was always… I watched them and I was like: “That’s what I want to do.” I’ve just taken bits and pieces from a lot of people. It was a desire burning from within to get out, perform and tell stories.

LAS: Of the younger actors, whom do you admire?

LAS: Now that the world is getting back to “normal” — for lack of a better word, what’s on your agenda?

CN: Working. Keeping myself busy, taking care of myself physically, working on my mental. Just trusting that everything is going to work out for the better, in the long run.

This interview has been edited for length and clarity.

The post Chido Nwokocha —a Nigerian on the move in Tyler Perry’s ‘Sistas’ on BET — has the “IT” factor appeared first on Los Angeles Sentinel.