The announcement came as the CBC embarks on its 50th anniversary as the voice of Black America in Congress.

Along with Congresswoman Beatty, the CBC announced a new executive committee that begins in January.

Rep. Steven Horsford, who represents Nevada’s 4th district and currently serves on the House Ways and Means Committee, Budget Committee, and Natural Resources Committee, will serve as 1st Vice-Chair of the CBC.

Rep. Brenda Lawrence, who represents Michigan’s 14th district and currently serves on the House Appropriations Committee and the Oversight and Reform Committee, was tapped as 2nd Vice-Chair.

Rep. Frederica Wilson of Florida’s 24th district, who currently serves on the Transportation and Infrastructure Committee, and the House Education and Labor Committee, where she chairs the Health, Education, Labor, and Pensions Subcommittee, was elected as Secretary of the CBC.

Rep. Hank Johnson, who represents Georgia’s 4th district and currently serves on the Transportation and Infrastructure Committee, as well as the House Judiciary Committee, where he chairs the Subcommittee on Courts, Intellectual Property, and the Internet, will take over as Whip.

Next year marks 50 years for the CBC, which outgoing Chair Rep. Karen Bass of California called 50 years as a champion for bold, progressive ideas in Congress.

“Fifty years of making a seat at the table and building a pipeline for those to come, and 50 years as the ‘Conscience of the Congress,’” said Congresswoman Bass, adding, “On behalf of the entire Congressional Black Caucus, congratulations to the members of the Executive Committee for the 117th Congress.”

In 1971, thirteen Black Members of Congress organized their efforts to help improve Black people’s conditions in America and around the world. 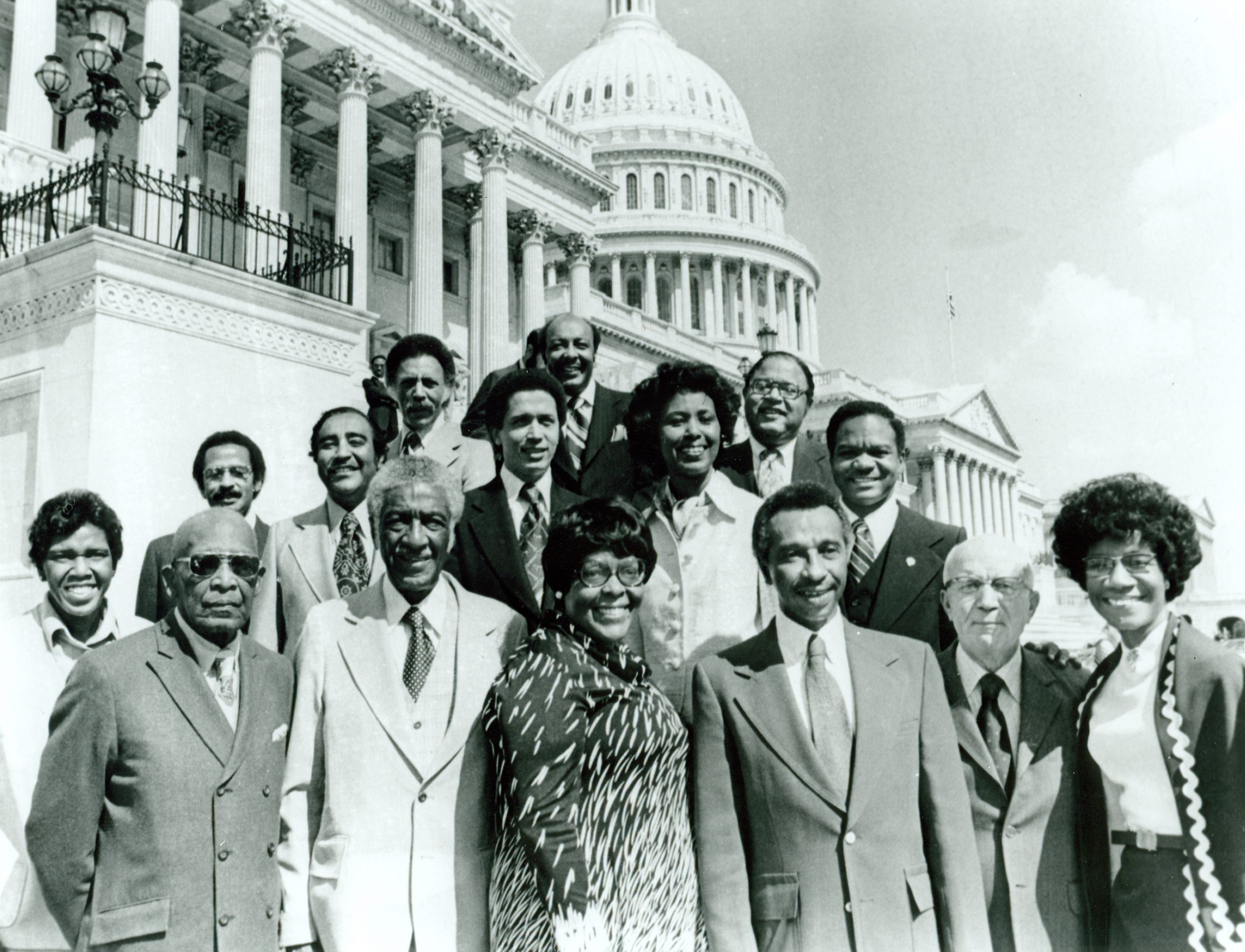 Though small in numbers, the Congressional Black Caucus (CBC) founders understood their responsibility for the millions of voices they represented, Congresswoman Bass noted.

“That responsibility drove them to speak up and speak out against injustice wherever they found it – from Apartheid in South Africa to voter suppression, economic oppression, racial violence across the country,” she said.

Under the leadership of Chair-elect Beatty, the Caucus will enjoy its largest membership in history, with a record 57 Members forming a body as diverse as the nation.

“After four years under one of the most racist and repressive regimes in modern history, the CBC has an enormous opportunity under the Biden-Harris Administration to restore faith in our democracy and show Black Americans the power of their vote,” Bass said.

“We look forward to the work ahead on behalf of Black America.”