Warren, Michigan, is the third largest city in the state of Michigan. And, like all cities, it’s history looms large.

For decades, the city had virtually no black people or communities of color to speak of. This was no accident: up until the last quarter of the 20th century, Warren was terrifically successful at maintaining a ruthlessly enforced system of residential segregation.

Warren, after all, was once known as a “sundown town,” a place that guarded its whites-only status with ferocious, and often violent, determination. As sociologist James Loewen carefully details, Warren and an entire web of other such towns surrounding Detroit were “some of the nation’s most notorious.”

That’s changed quite a bit. The Civil Rights Movement won bloody and hard-fought gains against impossible odds, including the ability of black Americans to move around a bit more freely. And so, they began slowly integrating former all-white fortresses like Warren.

Yet the city’s blooming diversity is totally invisible in its decision-making bodies. The facts are eye-opening: Warren’s black population has swelled in recent years, practically galloping from single digits to nearly 20 percent today. Yet the halls of power are alabaster white: not a single black person, at the local or state level, represents Warren in a position of elected leadership.

Warren Mayor Jim Fouts disagrees vehemently with this characterization, pointing to his “appointment of women and minorities to city positions,” including “the only Diversity Director in the Metro area.” In an interview with the Michigan Chronicle, he urges people to “compare what Warren was like before” his election with “what it’s like today,” calling his administration “the most progressive…in the history of Warren.” And the scale and diversity of his appointments, can, truly be described as historic.

Joel Rutherford, Chair of the Official Democratic Black Caucus of Macomb County, puts the problem with this line of thinking into perspective. However significant these appointments may be, they come with zero authority to hold the mayor accountable. “They work for him,” Rutherford says. “They serve at his pleasure.” If “they do something he doesn’t like he can be like ‘Bye.’ And that’s it.” Which is to say, Fouts has appointed subordinates who can be shown the door at a moment’s notice.

Jocelyn Howard, chair of Warren’s Planning Commission, says that she’s had a “great relationship with the mayor” over the years, but also finds the appointments argument unconvincing: “If you’re going to change anything,” she says, “it’s not through your appointments…decisions are made from the seats of power.”

Those seats are now within striking distance for Warren’s black community. Howard was one of five black candidates who ran for City Council in Warren’s recent August primaries. Four advanced to the general election without the endorsement of Mayor Fouts. This is in contrast to the four white candidates that were openly endorsed by the mayor.  It is well known in politics that the right endorsement can make the campaign trail much smoother. Melody Magee has said she, “knocked on 11,000 doors” in the Warren City Council’s District 1 ahead of the primary election and received a total of 754 votes. It was enough to secure a hard fought second-place finish and put her on the ballot in November. However, Howard maintains that without an endorsement most candidates will face an uphill battle and may find it difficult to break through the wall— thus leaving a leadership gap in Warren’s African American community.

“If we continue down this road we will become antiquated, because progressive cities are multicultural,” says Howard. “We don’t have any African Americans at the table representing our community.”

And while Howard doesn’t dismiss the significance of Fouts’ appointments, she does offer a more complex picture of what gave rise to them.

Mark Steenbergh, Warren’s previous mayor, was regarded by many as a notoriously vicious racist, facing charges at one point for an incident in which he allegedly choked and shouted a racial slur at a black teen. At the end of his term, Howard says, “it was incumbent upon the [next] mayor to do something because a stigma was laying over the city.” It was that environment of deep public outrage with Warren’s political leadership, Howard argues, that would have compelled any mayor to break with the city’s ugly past. And even these appointments, Howard adds, are merely “a Band-Aid on a bullet wound” and barely “skim the surface.”

Still, it’s worth mentioning that Fouts has spent the last few years battling an avalanche of reports on at least two fronts: his own alleged inability to stop saying racist, sexist, and homophobic things (all of which the mayor denies), as well as accusations, some from his own appointees, that he has allowed a spirit of “racial animosity” to saturate every corner of his administration.

To be fair, much of this surely predates Fouts, as any look at the history reveals. But as Click On Detroit reports, Greg Murray, Fouts’ own former Diversity Director, claims that he was told “on three separate occasions” by the mayor “that he wanted to put diversity on the back burner until after the 2019 election because he feared a backlash from white voters who were not ready for diversity.” The mayor’s office has insisted this never happened. Whatever the case may be, the allegations reflect an ongoing frustration with the fact that the mayor’s commitment to diversity, however sincere, can always be overpowered by political motivations.

Critics also highlight that Mayor Fouts curiously has not endorsed any of the black candidates up for election in August. He did, however, manage to endorse four white ones. You might think this is purely coincidental. Maybe so.

And, for what it’s worth, the mayor calls the idea that he didn’t support any black candidates “baloney.” He claims that he privately offered to support Howard, but “she didn’t want me to be publicly supportive.” Howard insists that the mayor is playing a game of Twister with the facts. He refused to support her primary, Howard says, “Because he was concerned about a certain segment of the population who may not want to see an African American candidate.” The Michigan Chronicle was able to confirm that Howard discussed the ordeal with friends at the time in exactly these terms. When the mayor offered to support her if she advanced to the general election, she saw this as “a slap in the face,” since this was a standard he applied to no other candidate he endorsed.

Whatever the actual chain of events, there’s also this: both Howard and Magee (who serves on the city’s Housing Commission and was the only one of the four black candidates to win her primary) were actually appointed by Fouts to the positions they currently hold, yet the mayor still allegedly declined to endorse them in the primary.

If this is true, it’s worth pausing to consider what it means: Fouts had already reviewed their credentials and decided that they were capable of effectively serving the city in positions of real consequence. In an interview, Fouts even lauded Howard for “doing an outstanding job” at what he considers “the most important commission in the city.”

But again, it’s important to note that everyone I spoke with, including the fiercest critics of the mayor, are adamant that the problems do not start or end with his administration.

And neither Rutherford nor Howard are talking about creating a more diverse ruling class for the sake of doing so. Both spoke, in their own way, of building a multi-racial, working-class movement capable of shifting the balance of power and positively changing the material lives of Warren residents.

“Too often times,” Rutherford says, people “want a little bit of power. But what are they going to do with it?”

Howard has given this some thought: “Dealing with poverty,” for starters, and all the issues that come with being a member of  “a lower socioeconomic group.” She speaks passionately about changing “what we see generationally across United States: The rich get richer, the poor get poorer” and “we try to act as if there’s not enough to go around for everyone.”

Then there’s the question of how: How to overcome what can feel like the vast and inescapable shadow of history. Rutherford insists that like all change, it isn’t mysterious. In order for “things to move forward,” he says, the people of Warren and Macomb County will have to engage in “political activism” that makes it clear “we’re not willing to accept the status quo.”

For Rutherford, the status quo includes the concentration of power in Warren within a few hands. He charges it to a familiar fact in political life: “A number of people have been in power for a very long time” and are “determined to do whatever they have to do to stay in.”

“Well, it’s changed whether they like it or not,” he adds. “You can only delay it for so long. Because [change] is coming.” 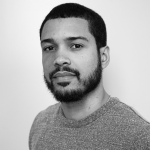