Courtney Connolly is a senior at Mercy High School, the fastest girls swim team in the Metro Detroit area, and has qualified for every state competition since she was nine years old.

She started swimming competitively at the age of six and has not looked back since. Connolly ended her high school swimming career with personal bests in all events and breaking Mercy High School’s record for the 100yd Butterfly. As she prepares to attend Howard University next fall, Connolly is glad that she is able to continue doing what she loves.

“I really enjoy swimming and being in the water. I just always knew that I wanted to swim in college and could not see myself stopping.”
Her record is nothing short of impressive as she has yielded interest from schools all over the nation. When asked about them, she said, “I got offers from all over the country –  Louisiana, Georgia, New York, everywhere. But I focused on the states I had in mind and that is how I ended up at Howard.”

There are many thoughts that go into committing to a university, which brings us to the question: What is the benefit of swimming at an HBCU compared to a non-HBCU? One factor is the support system that Howard offers. Connolly says “I really got the feel of community on the team and the coach was committed to the success of all his swimmers. He knew everyone and what they were good at. That is why I felt Howard was the best fit for me.”

Attending Howard will also mean joining a team of swimmers and divers who are all African-American. This is new for her since the number of teams that consists of only African Americans is far and few. “I’ve never been involved in an all-back team before and I’m excited to see what it will offer me.”

The coach at Howard, Nicholas Askew, has been excelling at bringing black excellence to the pool since he started working for the university. Since becoming the head coach for Howard’s Swim and Dive team, he has expanded the aspects of Howard’s athletic ability and bringing in athletes like Connolly has allowed Howard to gain prestige in swimming that no other HBCU has done before.

Historically, African American people in the United States have not had the opportunity to learn how to swim and that is affecting our 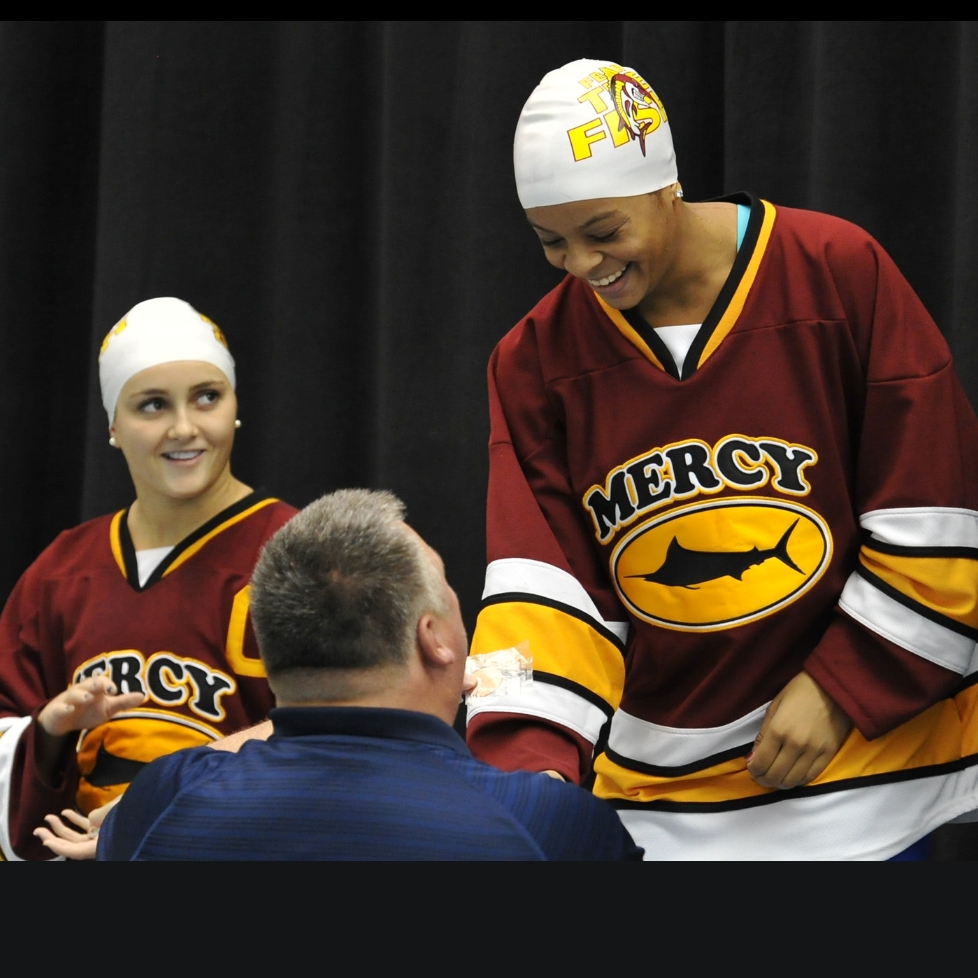 current generation. According to the Centers for Control and Disease Prevention, “Between the ages of 1 year and 5 years, drowning rates decreased significantly for each racial/ethnic group (83% for whites, 85% for Hispanics, and 43% for blacks). However, the drowning rates for black children were significantly higher than those for whites and Hispanics at every age from 5 years through 18 years.” This statistic closely attributes the number of African American youths pursuing swimming as a competitive sport.

In Connolly’s swimming career, she has only seen an average of four people of color at swim meets. This starking observation illustrates the current disparity that exists among African Americans in the swimming community. Connolly is one of many African American swimmers to break the mold that people of color can not swim and her story brings hope to the future of America. As the inclusion of people of color representing the United States in Swimming at the Olympics continues to increase, Connolly begins her journey to join them.