No one will ever wear the No. 32 jersey for Detroit Renaissance basketball again.

It was raised to the rafters Friday afternoon at the high school during a game against Cody, in honor of Phoenix great Joseph Crawford Jr. He played at the west side of Detroit high school from 2000-2004, leading them to the program’s first ever state title as a senior and a perfect 27-0 season. Crawford also won two Detroit Public School League (PSL) city titles in 2003 and 2004, with running mate Malik Hairston.

PSL basketball in the early 2000s was as good as it gets, and Crawford was one of the best from that era.

“This moment means everything to me,” said Crawford, who accepted the honor along with his family, former coaches and teammates. “This is what you dream about once you pick up a basketball, to have your jersey retired at every level. This is very special for people to remember and honor those from that era.”

Crawford, 32, said he found out his jersey would be getting retired from new Renaissance head coach John D. White. They were both taking in a Detroit-Mercy game, when White informed him.

“Joe is very special to this school and in the hearts of all of those who have ever come through this basketball program,” said White, who took over the Renaissance program last summer. “When I first took this job, I always wanted to give back to those who gave before us. Joe Crawford was the first person we put on the list and he’s why we are here tonight.”

Crawford anchored one of the best Michigan high school basketball teams of all-time, along with Hairston. They were both ranked in the top-10 nationally in 2004, a class that featured Dwight Howard, Shaun Livingston, Josh Smith, Rudy Gay, J.R. Smith, LaMarcus Aldridge, Rajon Rondo, Al Jefferson, Marvin Williams, and Al Horford, among others.

He made all the All-City and All-State teams that season and played in the 2004 McDonald’s All-American Game with Hairston. They both were originally committed to Michigan for college, but Hairston took his talents west to Oregon and Crawford committed to Kentucky January 26, 2004. 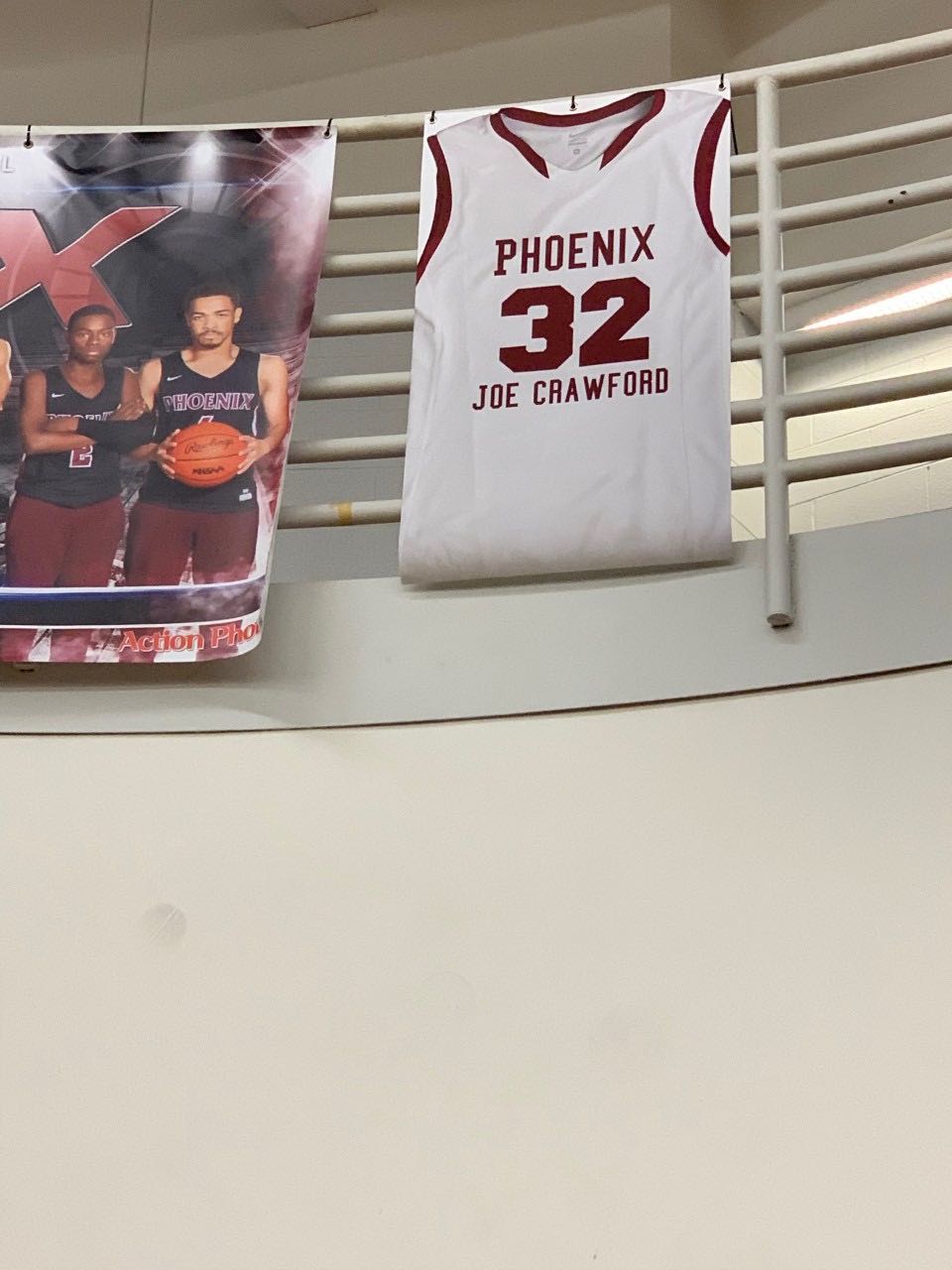 For Big Blue Nation (2004-2008), Crawford averaged 11.3 points and 3.3 rebounds per game and was named to the All-SEC Second Team as a senior. In the 2008 NBA Draft, Crawford was drafted 58th overall in the 2nd round by the Los Angeles Lakers. He was waived by the team and played in two NBA games for the Knicks and had a short stint with the Sacramento Kings. He also played professionally in the NBA D-League (now G-League) and overseas.

“I picked the basketball back up about a month and a half ago to stay in shape,” said Crawford. “Every time I pick the basketball up, people start calling. So, I’m going to play in this league in New York to stay active and keep my heart in it.”

Crawford comes from a rich basketball tradition. His two younger brothers both played college basketball, Jordan at Indiana and Xavier and Jalen at Bradley and Valdosta State. Joe and Jordan both played in the NBA and Jalen has launched a rap career under the name, “Willie Mac”, performing his song “Detroit’s Own” at his brother’s special ceremony. Sylvia Crawford said her two younger boys followed in the footsteps of their older brother.

“Joe was the leader of the bunch,” she said. “He taught his brothers everything and he was obedient to the process. He learned from other people and taught us all at home. I saw his talent very early on and his brothers amazed me with their talents. I always had high expectations for them.”

But Mrs. Crawford did not want her oldest son to go to Renaissance. She wanted him to go to Cass Tech. They had won a city title in 1998 and was the top academic school in the city. Her husband suggested Renaissance, who had just won its first PSL city basketball title in 2000 under Mark White, and the rest is history.

“Academically, it (Renaissance) was a good school and coach White was the best recruiter and the best young coach in the city,” Joe Crawford Sr. said. “Having Joe at Renaissance was like watching the Beatles or the Jackson 5. It was a traveling show and if you got to the game late, you weren’t going to get in.”

A few members of the 2004 state title team were in attendance for the jersey retirement, including head coach Mark White and Renaissance legends Adam Sabree and Tajuan Porter. Hairston is still playing basketball overseas, but the Renaissance administration does plan on retiring his No.1 jersey and others at a later date.

“They definitely deserve to have their jerseys retired too,” Crawford said of his high school teammates. “And they have to retire a guy’s jersey that I looked up to, Rickey Paulding (2000). But I got bragging rights now.”