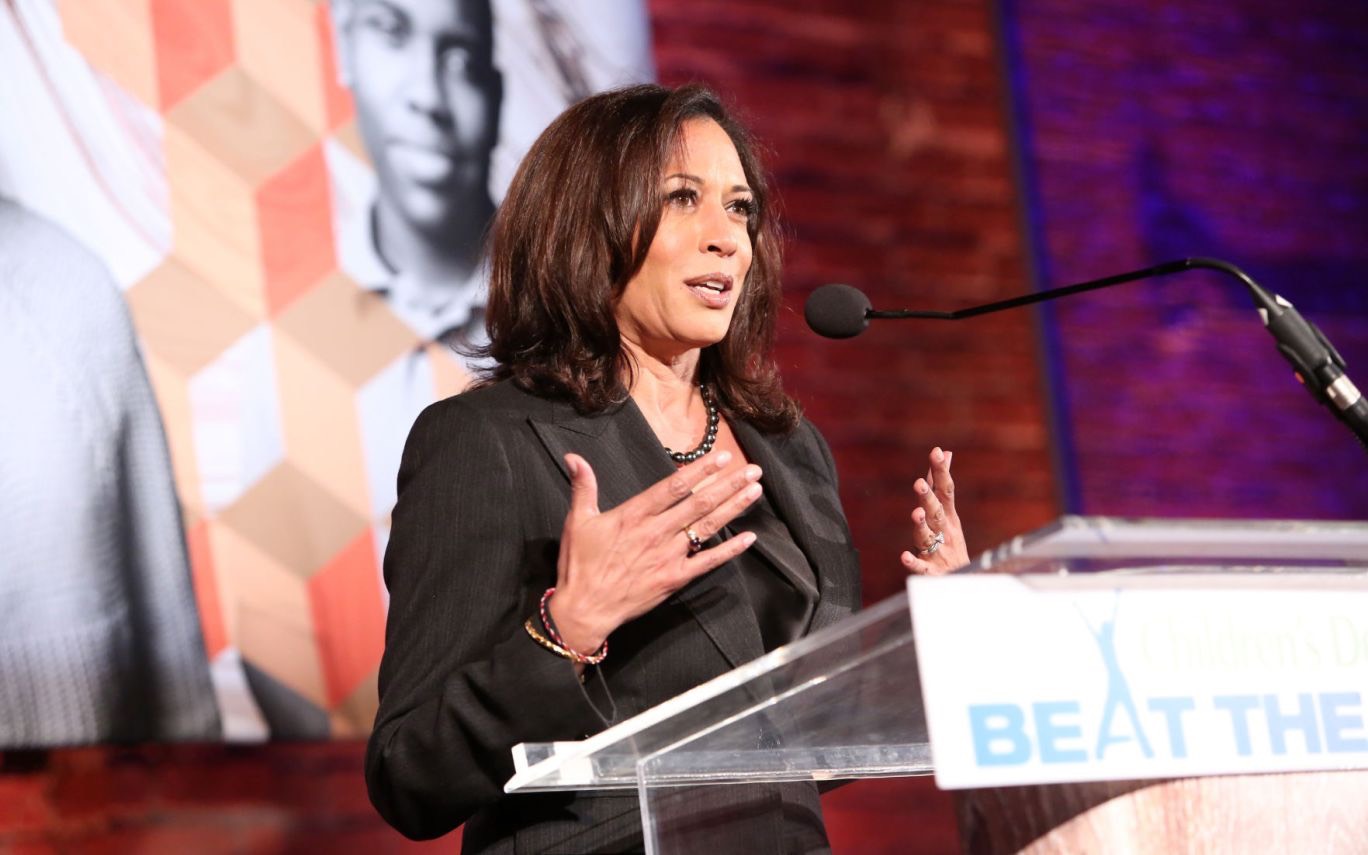 As Americans commemorated Martin Luther King Jr., Democratic presidential hopefuls fanned out across the country to honor the civil rights leader and make themselves heard on the national stage.

Sen. Kamala Harris, D-Calif., used the holiday to launch a presidential campaign that, if successful, would make her the first woman and the second black candidate to become president. Former Vice President Joe Biden accepted responsibility for his part in the passage of 1980s legislation that toughened sentences for crack cocaine possession, “a big mistake” because of its damage to the black community.

New York Sen. Kirsten Gillibrand lashed out at President Donald Trump for inspiring “hate and darkness” in a fiery speech in Harlem. South Carolina, a critical early-voting state in the Democratic primary, hosted two senators expected to seek the White House in 2020: Cory Booker of New Jersey and Bernie Sanders of Vermont.

While the Democratic field for 2020 is only beginning to take shape, the year that would have marked King’s 90th birthday gives the party’s prominent members a valuable opportunity to address race and draw a contrast between their own views and those of Trump, whose approach to questions of racial justice has sparked criticism from multiple minority groups since he took office.

What Democratic contenders, both those officially in the race and those still mulling campaigns, said Monday while celebrating the King holiday:

Biden atoned for his role in the passage of a crime bill that imposed stiffer sentences for those convicted of crack cocaine possession — a law that has disproportionately affected the black community.

Biden was the head of the Senate’s Judiciary Committee when the 1994 crime bill — which is now criticized as having helped create an era of mass incarceration — was passed and signed into law.

“It was a big mistake that was made,” he said. He added: “It’s trapped an entire generation.”

Biden says the crack sentencing guidelines are one example of broader racial injustice in America.

“White America has to admit there’s still a systematic racism,” he said. “And it goes almost unnoticed by so many of us.”

Bloomberg said far too many U.S. politicians don’t “seem to give a damn” about the victims of gun violence.

Speaking at the same event as Biden, he said many politicians care more about “getting re-elected than saving lives.” He spoke of his own efforts to reduce gun violence, including millions of his own fortune that he’s spent supporting gun control initiatives.

His speech focused on policies he championed while New York’s mayor, such as his efforts to improve schools and reduce neighborhood pollution. And he highlighted how he apologized to the fiancee of Sean Bell, a black man who was shot to death by New York police in 2006, just hours before the man’s wedding. At the time Bloomberg was critical of officers, who he said used excessive force.

In Boston, Warren called for a constitutional amendment guaranteeing a right to vote for every American.

Warren made the comment after saying “people of color have been systematically denied the most basic of human rights: the right to vote.”

“It would guarantee the right to vote to every American citizen and make sure that that vote is counted. Right now there is no constitutional right,” Warren said. “It would help protect and give us grounds for pushing back when localities undercut the right of people to vote.”

Warren said King’s fight was not just about civil rights, but also about economic rights. She said the road to prosperity is steep and rocky for millions of working people, but is “steeper and rockier for black and brown Americans.”

Warren also criticized the president for the partial federal government shutdown and responded to Trump’s offer to Democrats on Saturday to open the government.

“If the president wants to negotiate over immigration reform I’m all for it,” she said after the speech. “But open the government and open it now.”

“We have to have an honest conversation about systemic, institutional and daily individual acts of racism in our country that hold people and families back for generations,” Gillibrand said, citing ongoing disparities for black Americans related to heath care, criminal justice and the economy.

She continued: “White women like me must bear part of this burden and commit to amplifying your voices. We have to join you on the battlefield for justice… If I really care about your family as much as my own, it really is my fight.”

Gillibrand also condemned Trump at length. The president, she said, “has inspired a hate and darkness” that’s tearing the country apart along racial and religious lines.

“Racial equality must be central to combatting economic inequality, if we are going to create a government that works for all of us, and not just the one percent,” Sanders said.

Sanders lost South Carolina’s 2016 Democratic primary to Hillary Clinton by more than 40 percentage points. His events in the state signaled that he plans to redouble efforts in South Carolina should he launch a second White House run.

Sanders also spoke of King’s efforts to help workers organize and “change the national priorities,” leaning into what sounded like a campaign message-in-waiting. Among the specific proposals he cited were a federal jobs guarantee, free tuition at public colleges and universities, and universal access to child care.

He also attacked the president, calling him “a racist” and saying he has purposely tried “to divide us up by the color of our skin, by our gender, by the country we came from, by our religion.”

Sanders avoided answering definitively Monday when asked if he would formally enter the 2020 race. Sanders, one of two independents in the Senate, said he’s still “assessing” his plans and that several already-declared candidates are “friends of mine.”

Booker implored those gathered at South Carolina’s Statehouse to channel their dissatisfaction with the country’s direction into action.

Recalling King’s words on needing to work toward change rather than waiting for it, Booker urged those in the crowd to build on their ancestors’ successes and struggles.

“We are dissatisfied that we live in a society that’s being seduced by celebrity and forgets that substance is more important than celebrity,” Booker said.

Booker and Sanders participated in a morning prayer service before leading a march to the Statehouse.

“We don’t just celebrate King’s holiday,” said Booker, who is African-American. “We recommit ourselves to be agents of change.”

Booker applauded Trump’s decision to visit the King memorial in Washington. “May everyone study his work,” Booker said of King. “This is not a day to criticize other Americans.”

Trump and Vice President Mike Pence laid a wreath at the memorial and held a moment of silence in a brief visit.

Harris, a first-term senator and former California attorney general known for her rigorous questioning of Trump’s nominees, opened the holiday by declaring her bid on ABC’s “Good Morning America.”

“I love my country,” she said when asked what qualifies her for the presidency. “And this is a moment in time that I feel a sense of responsibility to stand up and fight for the best of who we are.”

Harris grew up in Oakland, California, a daughter of parents from Jamaica and India who were active in the civil rights movement.

Harris also cited her years as a prosecutor in asserting: “My entire career has been focused on keeping people safe. It is probably one of the things that motivates me more than anything else.”

The senator plans a formal campaign launch in Oakland in a week.

Washington Gov. Jay Inslee, who attended a King event last week at a Seattle church, was in overwhelmingly white New Hampshire to address a private fundraiser for the League of Conservation Voters. The event aligns with his intention to put climate change at the center of a presidential campaign if he runs.

The juxtaposition highlights the challenges involved in building the diverse coalition necessary to win Democrats’ nomination.

Highly diverse South Carolina and Nevada are getting heavy early attention but the process still starts with Iowa, which is 91 percent white, and New Hampshire, which is 94 percent white. That all adds up to a balancing act: No one can emerge from a crowded Democratic field without winning a considerable number of non-white voters; but candidates, particularly those who are lesser known, must show some strength in Iowa and New Hampshire or risk not even being around by the time the nominating calendar turns to more diverse states.