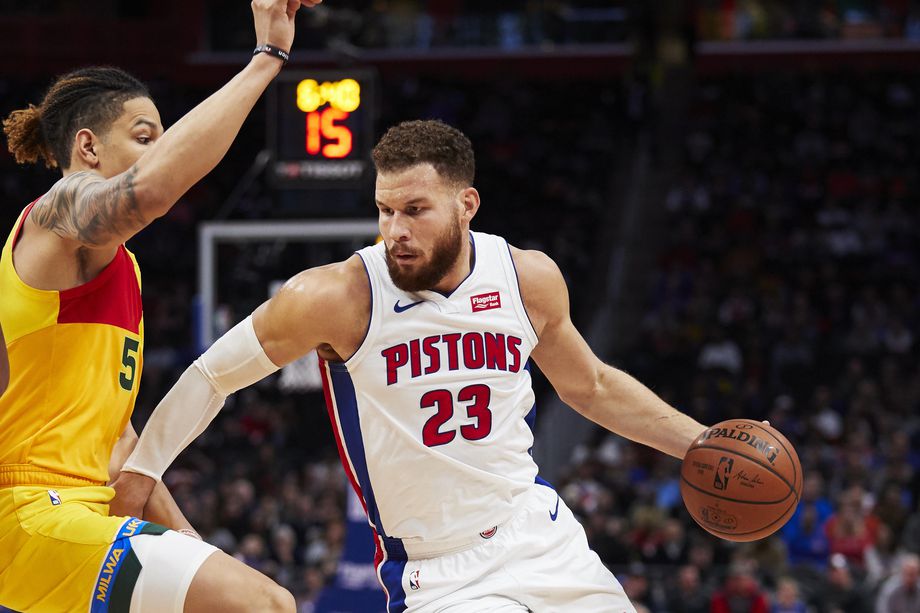 Blake Griffin had the opportunity to send the game into overtime, but his 3-pointer as the buzzer sounded bounced off the rim as the Detroit Pistons fell to the Milwaukee Bucks 107-104 Monday night at Little Caesars Arena.

Griffin recorded quadruple-double in the loss. Not the David Robinson variety, with points, rebounds, assists, and blocks. Rather the Russell Westbrook or James Harden variety with 19 points, 10 rebounds, 11 assists, and 10 turnovers. He became the 8th player to record such a stat, joining a pretty exclusive list of Magic Johnson, LeBron James, Harden, Charles Barkley, Westbrook, Clyde Drexler, and Jason Kidd.

“I was unbelievably awful tonight,” Griffin said in the locker room after the game despite making history. “I thought we had the chance to tie it despite everything I did, but we’re not going to win if I have ten turnovers. I feel so bad for the guys because they played so hard. There were too many careless mistakes on my part.”

After taking a 27-25 lead after the first quarter, the Pistons collapsed in the second, committing five turnovers and it seemed as if the Bucks scored in transition after every miscue, with Bucks’ superstar Giannis Antetokounmpo leading the way.

Milwaukee (20-9) shot 62 percent from the field as almost every possession ended at the rim or an attempted 3-pointer. The Pistons (14-14) shot 30 percent and could only manage 16 points while the Bucks scored 30 in the quarter to take a 55-43 lead into the half.

The Pistons travel to Minnesota to take on the Timberwolves Wednesday. It is the first meeting of the season for between the two.