For the past several years, I have been an attendee at Tim City’s “Asking For A Friend” speed dating event. To those are unfamiliar with the concept of speed dating, it is a formal matchmaking game/event, where single people meet and converse with each other for a brief period of time. While I have been an attendee at this event, I have never been a participant. That was until this past Saturday happened.

To give you a quick backstory on me, I am a 32-year-old single male, born and raised on the west side of Detroit.  Dating life for me has had its’ ups and downs, so when prompted with the idea that I should step outside of my comfort zone to try speed dating, I begrudgingly agreed to give it a shot.

So with an open mind, I walked into “Asking For A Friend” a little anxious because I just did not know what to expect as a participant. With me arriving 15 minutes after the promoted start time, I figured the event would already have started, with me looking to get in where I fit in. That could not have been further from the truth.

For his annual speed dating event, Tim City held this year’s installment at a private loft in the Midtown area of Detroit. It was cozy, plush, and filled with many libations. As far as the quests, over 25+ women were on hand to meet their potential mate, but there was one problem. See the loft had a room full of single women, but only 4 single men, including myself. The games could not even properly begin. During this temporary delay, I began to mix and mingle with the people who were there, sharing a few laughs about what was going on. About a half an hour passed and the ratio went to 26 women to 7 men, with 3 of the men being called in reinforcements. It began to make me wonder “Is something wrong with me for being here or do men of today just not want to go out and meet women?” 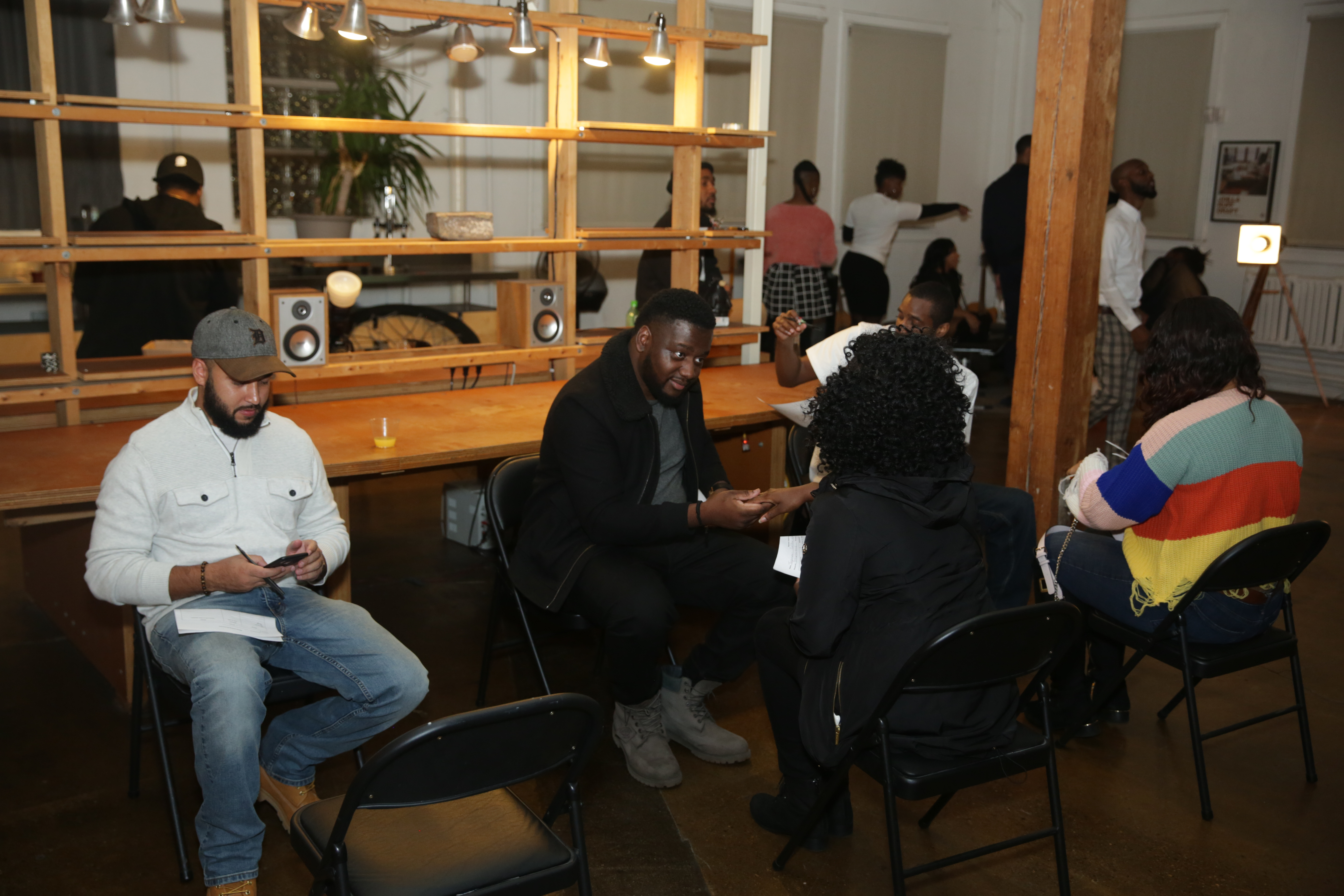 While I pondered that question, things kicked off and I began to participate in 4 rounds of getting to know women whom I had not conversed with before. The first woman was pretty cool. I took quite the interest in learning about her profession and that dominated a bulk of the conversation. She seemed very sweet and genuine. I dug her vibe. Then came round 2. This lady was AWESOME! We talked about life, work, what brought us to speed dating, and a little bit about past dating decisions. Of the 4 ladies that I met, she was my favorite. I really enjoyed her a lot. Then came round 3 and I have nothing bad to say about this woman at all, but the vibe was just not there. She was very funny though. Then came round 4 and this was the last woman I talked to that evening. And this was the kind of woman I was afraid of meeting not just at speed dating, but in life.

She just had no substance at all. She had dreams of being her own boss but didn’t know what she wanted to do. After I made a few suggestions of things she could do, she said all of those were too much work. She basically wanted to make a lot of money but with the least amount of effort. While she was very easy on the eyes, the lack of ambition turned me off completely. 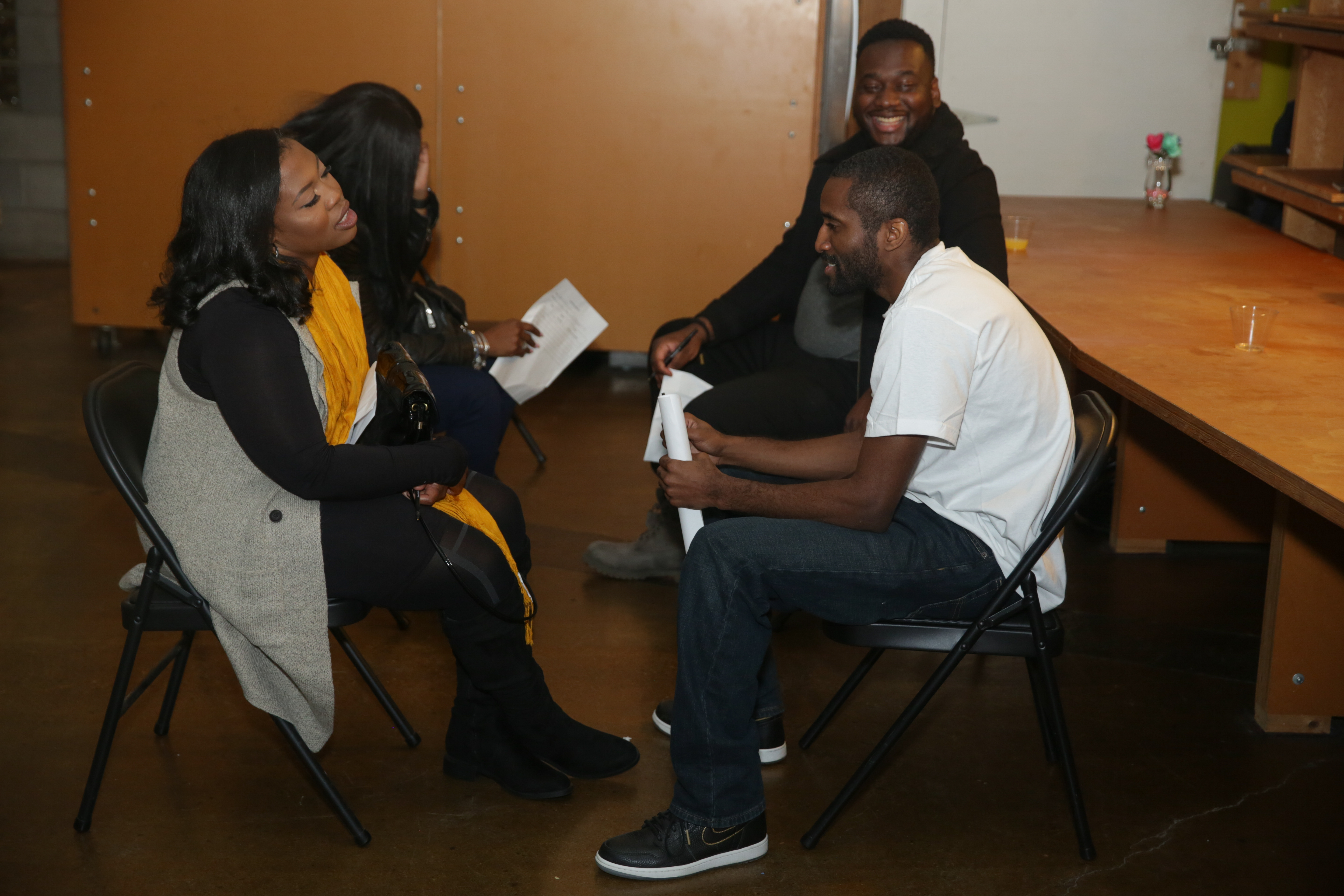 After I completed at speed dating, I walked away feeling several things. For one, I checked ego. I came away having a great time. I always preach conversation is the key to any union so for me to have to converse with several different women in a short period of time was a true test to my conversation skills or lack thereof. The second thing I wondered was “Are men scared of doing stuff like this to find a mate?” After all, there are fellas all over my social media from Detroit who make posts about how hard it is to find a woman of quality, but there was a bonafide “win-win” situation and hardly any men showed up to meet their potential match. While some of us will find out in the next few days whether we met a potential match or not, I came away with the realization of one thing. That is there are great women out there who are looking for great men of character to be their potential mate. Thing is that some of us men will have to come down off our high horse and be willing to meet them halfway. It was something I had to do. What will you do?