Another Detroit neighborhood is about to see a major transformation as Ford plans to invest $783 million in a Corktown campus that will bring up to 5,000 jobs to our city, and revitalize one of our greatest historic assets, Michigan Central Station.
As the former Vice-President of UAW-Ford and current Group Executive for Neighborhoods for the City of Detroit, I couldn’t be happier to see Ford making this incredible investment, which will have a tremendously positive impact on that neighborhood and the rest of the city.  Beyond the development itself, Ford has done an outstanding job of responding to the expressed concerns of residents and has delivered a meaningful community benefits package that addresses everything from housing concerns, job training, transportation, environmental concerns and more.
But it concerns me to see some downplay the significance of Ford’s investment because of the company’s request for tax incentives. There has been some debate about the need for Ford to receive approximately $104 million in a city property tax abatements. I can tell you that the benefits to the city in the form of jobs and income tax revenue are immediate and far outweigh the cost of a property tax incentive.
Jobs are changing Detroiters’ lives
Incentives are the tools available to the city of Detroit to remain competitive in attracting major projects, and we would be remiss to not take advantage of those tools in our efforts to build a better city for all of us.  There already are plenty of examples where Detroit has used these tools to leverage benefits for Detroiters that we can measure against.

More important is that Flex-N-Gate also has been living up to its commitment to provide jobs for Detroiters.  Today, 50% of their first 230 hires are Detroit residents, many of them right from the surrounding neighborhood – Detroiters like Tashar Mosby. Tashar is an engineer and graduate of Focus: HOPE’s Machinist Training Institute & Center for Advanced Technologies.  Flex-N-Gate hired Tashar as a Quality Engineer, and he’s since been promoted to Industrial Engineer. A Focus:Hope program that Tashar helped develop has since produced 70 more Detroit graduates, all of whom have been hired by Flex-N-Gate.

These life-changing events were made possible because leaders used the right tools, including tax incentives, to bring about these developments instead of letting them slip by to the benefit of other communities.
So far, we’ve seen thousands of jobs created, and thousands of Detroiters hired, on projects where the city used incentives to attract projects. And when Ford completes its project, and 5000 people get to work across their campus, it will no doubt spur additional development and create jobs for more Detroiters.
It’s understandable that people will question projected or promised benefits in exchange for an incentive, but already-completed projects have proven incentives bring jobs and increase the tax base to our neighborhoods.   As we work to improve the quality of life for our residents, the City of Detroit will continue to leverage these incentives to attract more developments and to boost job growth.
We owe it to Detroiters like Tashar, Raven and Corey.
Jimmy Settles is former Vice President of UAW-Ford and current group executive for neighborhoods for the City of Detroit. 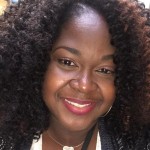