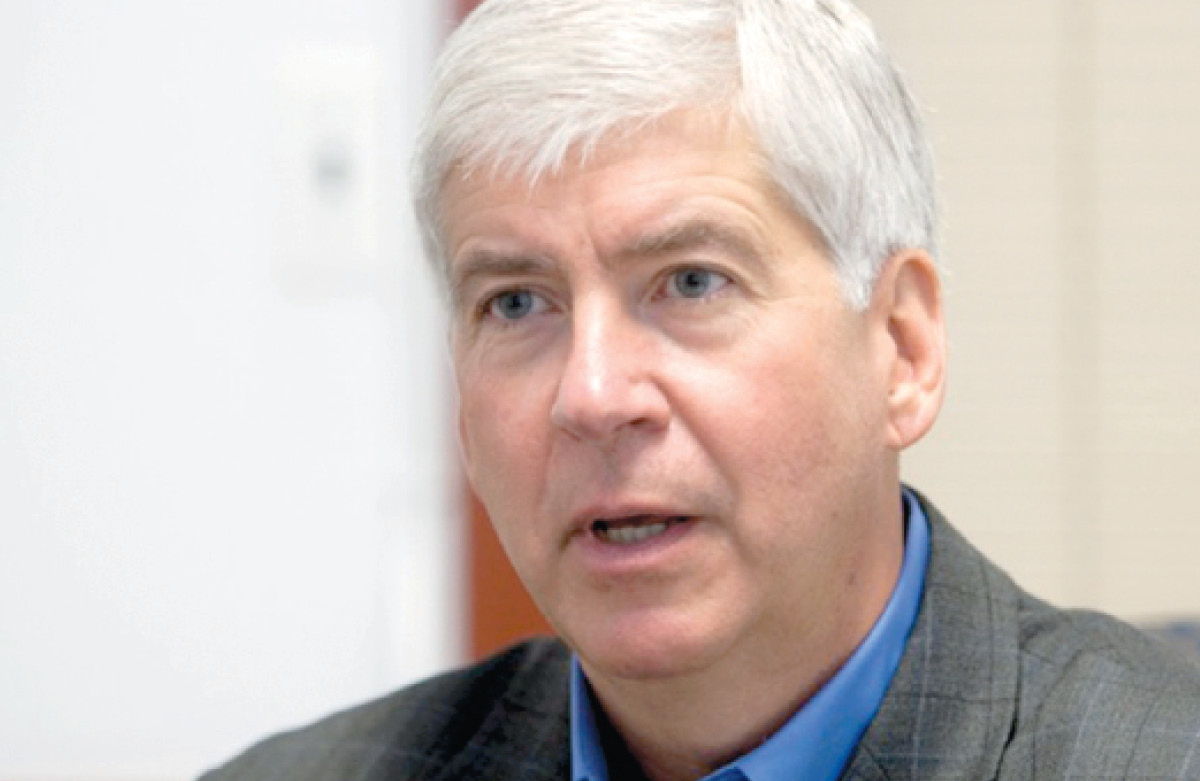 LANSING, MICH. – Gov. Rick Snyder is ordering the state to no longer ask job applicants and people seeking certain occupational licenses to check a box if they have been convicted of a felony.

Snyder, who announced the changes on Friday, said the box is being replaced with a statement by which applicants can affirm their good character. He encouraged private employers to also remove the checkbox, so people are not automatically disqualified or are discouraged from applying in the first place.
Snyder told The Associated Press in a phone interview Thursday that the moves are “a great opportunity to help people coming out of correctional institutions have greater success, which is a win for all of us.” He said he wants state government to be a “role model.”
The criminal history of a state job applicant can still be taken into consideration later in the hiring process but not as an initial screen. Someone’s criminal past may still be an issue if he or she is precluded by law from filling the position or if the crime is directly related to the profession for which the ex-felon is seeking employment.
Snyder said would-be plumbers, electricians, barbers and cosmetologists are among those who will no longer be barred from getting a state license because of a past felony. Many in the medical field, however, will still see a criminal history question because of existing state or federal laws. He said he would like to review with the Legislature whether some employment prohibitions for ex-convicts in state law should be lifted.
Snyder said he would be open to “having a dialogue” with lawmakers on so-called ban-the-box bills that would prohibit all employers from including criminal history questions on their applications, but he hopes the state’s actions “will build more momentum for employers to do this on their own.” Each year, about 50,000 people are convicted of felonies in Michigan.
In March, the Republican governor signed a law to bar municipalities from regulating what employers can or cannot ask during job interviews. The bill was a pre-emptive backlash against salary history bans in other parts of the country, but it sparked criticism from some who said it would cause unintended consequences by hurting efforts to pass sensible “fair chance” policies at the local level to help offenders get jobs after their incarceration and not commit new crimes.
Snyder’s latest moves were welcomed, however, by both sides of the political spectrum.
“This is an important step in ending unfair and unnecessary practices that have excluded thousands of willing, able and motivated individuals from gaining employment and licenses,” American Civil Liberties Union of Michigan policy counsel Kimberly Buddin said in a statement.
Jarrett Skorup of the Mackinac Center for Public Policy issued a statement calling it a “positive step in the right direction for both workforce development and our criminal justice system.”