From food truck to brick-and-mortar restaurant, Norma G’s Cuisine officially opens its doors to the public tomorrow, Tuesday, Aug. 28, to serve its popular authentic Caribbean cuisine. In a permanent home located at 14700 E. Jefferson Ave. in Detroit, it is the first sit-down, full service restaurant to open in the Jefferson-Chalmers neighborhood in 30 years.

The sleek, new dining destination gets its name from owner and chef Lester Gouvia’s mother, and seats 91 people inside, which includes seating for 12 at the bar. It also features a high-top seating area, plenty of windows that brighten the casual space and retractable window that opens to patio dining.

Designed by Hamilton Anderson Associates with input from Gouvia and former tenant and current owner Jefferson East, Inc. (JEI), Norma G’s interior features teal, yellow and pink punches of color on the walls and cushioned bar stools. The wood-and-black metal chairs and tables inside mimic the exterior design for a modern look and feel. A paved lot in the back offers ample customer parking. The 2,500-square-foot building was completely renovated with the help of JEI, as well as an investment of nearly $500,000 from several sources and Gouvia. 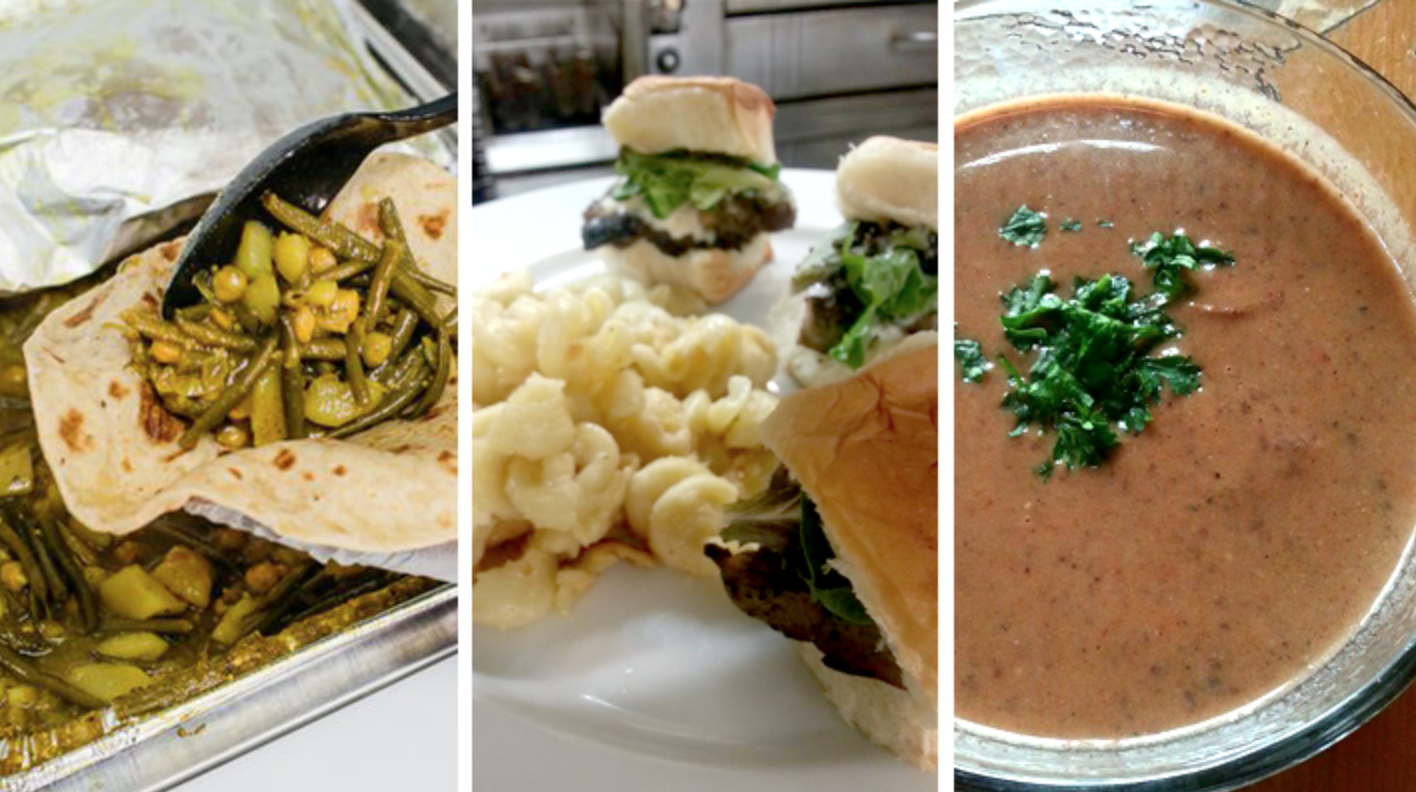 “The food we serve is the food I grew up eating and the recipes I was taught to cook by my mother in Trinidad. For me, Norma G’s is an opportunity for me to expand the Norma G’s brand to the next phase, while making an investment, a commitment, to the Jefferson Chalmers community,” said Gouvia. “I think Norma G’s is one of the first businesses in what I know is about to be a significant redevelopment of this area. More dining and entertainment and small-business development in the area will follow. I look forward to sharing my fresh cuisine and gathering place with residents in the community and beyond.”

The menu delivers an elevated version of Norma G’s food truck offerings – fresh “comfort” foods that are eclectic in flavors and combinations and showcase an array of cultures that make up Caribbean cuisine, such as Indian, African, Spanish and French. Diners can expect dishes Gouvia drew from his Caribbean roots, like coo-coo and callaloo, chicken pelau, jerk chicken and curry goat. Oxtail and jerk chicken sliders and sides like mac and cheese and Trinidad-style potato salad also are offered.

In addition to JEI, Gouvia worked with TechTown Detroit’s SWOT City and Hatch Detroit to secure funding for Norma G’s from a variety of sources, including Motor City Match. He also received grants and loans to fund his business with support from organizations like Food Lab Detroit, in addition to TechTown. Gouvia was a finalist in the 2015 Hatch Detroit Contest and is a graduate of TechTown’s Retail Boot Camp program.

“This has been a labor of love, as well as a real-life example of ‘it takes a village,’” said Gouvia. “There were countless supporters that made Norma G’s a reality.”

Norma’s G’s hours of operation are 4:30 p.m. to 10 p.m. Tuesday, Wednesday, Thursday and Sunday and 4:30 p.m. to 12 a.m. Friday and Saturday. The restaurant is online at http://www.normagscuisine.com/and on Facebook and Twitter.