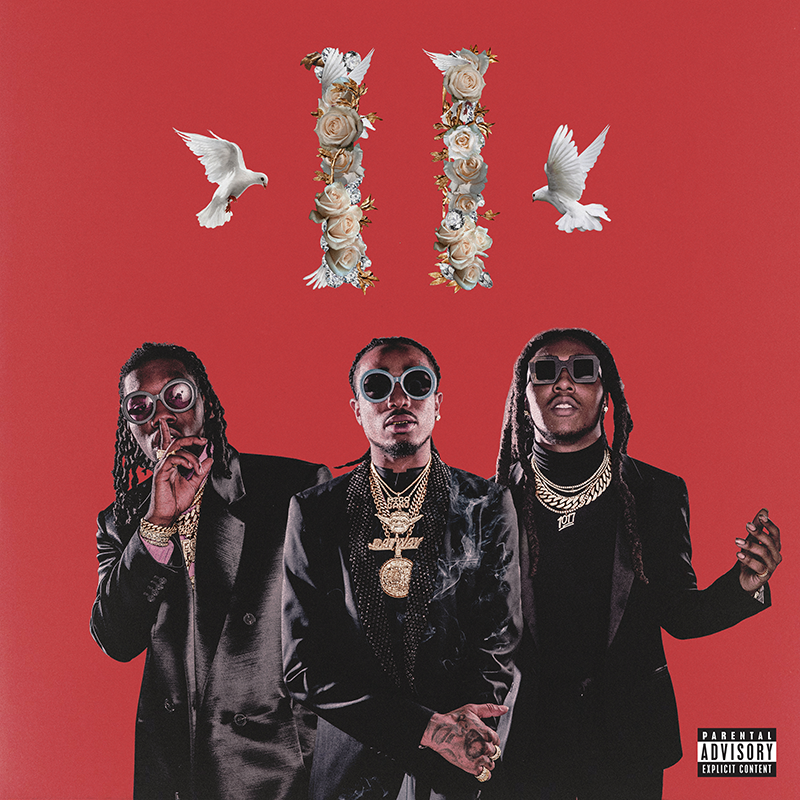 Straight off the heels of winning the BET Award as Best Group, superstar multi-platinum hip-hop trio Migos today release the video for their chart-topping song “Narcos.” This marks Quavo’s directorial debut, with co-direction by Joseph Desrosiers. “Narcos” already has more than 153 million streams and was recently performed by the group on Saturday Night Live. Migos take the music on the road this summer on ‘Aubrey and the Three Migos’ tour with Drake (full dates below).
The GRAMMY®-nominated trio of Quavo, Offset and Takeoff released their second consecutive album to land at #1 on Billboard’s Top 200 Chart, CULTURE II (Quality Control Music / Motown Records / Capitol), in January of 2018. Sunday at the 2018 BET Awards Migos were recognized as the Best Group, the award given to the overall best R&B, hip hop or gospel group who has release an album in the previous or same year. Migos hit another milestone this year being honored with the ASCAP Vanguard Award from the 31st Annual ASCAP Rhythm & Soul Music Awards.
Recently Migos made history by tying The Beatles for the most simultaneous entries on the Billboard Hot 100 song chart among groups (with 14 songs on the chart). According to Nielsen Music, CULTURE II has been streamed over 1 billion times and is RIAA Certified Platinum. Migos is now one of only five rap groups with multiple No. 1 albums. CULTURE IItopped the iTunes albums charts in 60 countries and debuted at No. 1 in 62 countries on Apple Music, achieving one of the largest streaming debut weeks in Apple Music’s history.
[ione_embed src=https://www.youtube.com/embed/unh8kWUuNt4 service=youtube width=560 height=315 type=iframe]
In a cover story, Rolling Stone said, “Migos aren’t big. They’re gigantic.” Twenty-six-year-old Offset, his 26-year-old cousin Quavo and Quavo’s 23-year-old nephew Takeoff have transcended hip-hop to become shapers of the culture.” Their blockbuster single “MotorSport,” featuring Nicki Minaj and Cardi B, earned Double Platinum status in Canada, and RIAA Certified Platinum status in the US. Their second single, “Stir Fry,” produced by Pharrell Williams, was the official song for NBA’s All-Star weekend. This year alone the group performed on Saturday Night Live, The Tonight Show Starring Jimmy Fallon, graced the covers of Rolling Stone and Complex and was nominated for Best Rap Album and Best Rap Performance at the 2018 Grammy Awards.
“(They) knock the meringue trap ballad beat out of the bando.” – XXL
“Narcos” beat (is) just staggering.” – STEREOGUM
“It’s a standout track for its display of technical rapping ability alone.” – HYPEBEAST
“Arguably the most influential group – in any genre – of the past few years.” – ROLLING STONE
Migos are headed out on the road with Drake for the Aubrey and The Three Migos Live! tour and will be playing Little Ceasars Arena in Detroit, MI on August 14th and 15th. For tickets visit www.ticketmaster.com