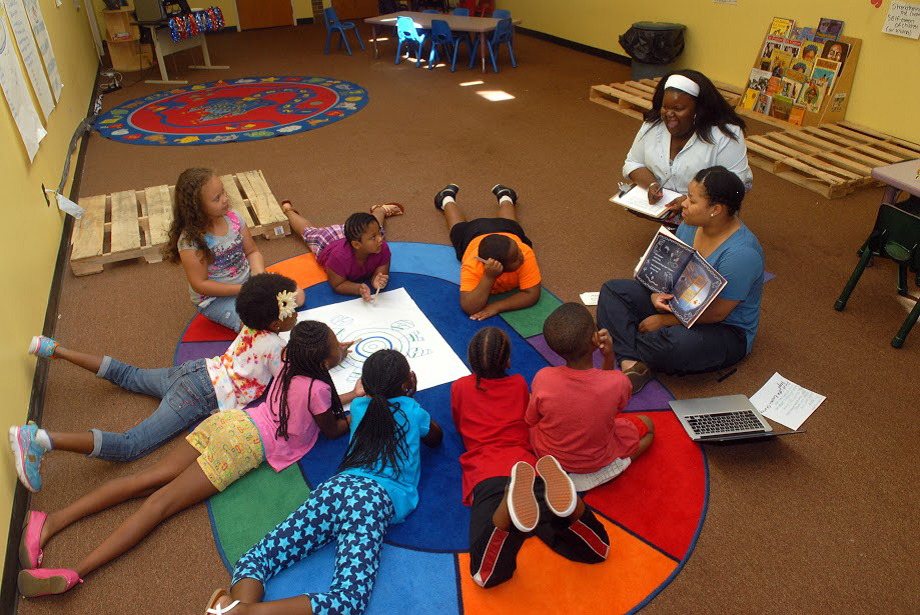 As I stood outside the offices of Focus: Hope speaking with various participants in their training programs, a woman approached to inquire about the building we were standing in front of and the type of services offered. Calvin Moore, an enrollee in the program, was more than willing to talk about the program that he believes saved his life.
“I was in a place of hopelessness,” said Moore. “Getting a job was the last thing on my mind let alone training for a career.” It was an aunt who told him about Focus: Hope after a legal run in that had Moore rethinking his life decisions. “She basically presented it as a last chance to change my life. I got the flyer, sat on it for a few weeks and then one day after court I decided to call.”
Moore attended an orientation and soon became enrolled in Focus: Hope’s Machinist training program. As he stood outside proudly espousing the program and the changes he has made in life, one has to think about how proud the founders of Focus: Hope would be to see the program still changing lives five decades after its inception.
Focus: Hope is celebrating 50 years of servicing those in need and empowering communities through its various programs and services. The organization will be celebrating its Golden Year Anniversary celebration with its Heroes For HOPE Awards Program & Dinner on  Friday, April 20, 2018 at MGM Grand Detroit.
Its stories like Moore’s and countless others that showcase the relevancy of an organization like Focus: Hope after all these years. Focus: HOPE is a Detroit-based, non-denominational, non-profit organization established in March 1968 by co-founders Father William T. Cunningham, Father Jerome Fraser and Eleanor Josaitis. The programs objective was and still is to overcome racism and poverty by providing education and training for underrepresented minorities and others.
At the time of the programs creation, the social environment in northern Detroit was one of severe racial tension as a result of the 12th Street Riot of the previous summer. The founders’ mission was to create a harmonious community where diverse people live and work together. Starting out in the basement of the Catholic Church of Madonna, where Father Cunningham was pastor, Focus: HOPE eventually grew to encompass a 40-acre campus along Oakman Boulevard in Detroit.
Focus: HOPE’s first significant action was a consumer survey on the disparity of food and prescription drug prices between inner city Detroit and the surrounding suburbs. Since then the program has expanded to include extensive job readiness training in the areas of production, healthcare, truck driving, manufacturing, IT and more, or one could pursue community college educational opportunities.
The organization has been praised for its ability to adapt its service strategy over the years to meet the needs of the community. “The need for Focus: Hope is just as great today as it was 50 years ago if not more so,” said interim CEO, Vernice D. Anthony. As CEO, Anthony is committed to realigning and refocusing the programs efforts in a way that produces results in today’s environment. “We will honor their work and commitment to the issues and mission of focus hope”, “It has been a wonderful 50 years and we are looking steadily toward the future,” stated Anthony. “We have narrowed down our actions and programs to place a greater emphasis on education and empowerment and using those things to reduce, racism, poverty and social injustice”. said Anthony.
Focus: Hope has done so much in the community but they realize there is much more to be done and would like to acknowledge those who have helped champion their cause. This semi-centennial celebratory dinner will recognize some outstanding members in the community such as Cardinal Joseph Tobin (Archbishop of Newark, New Jersey), Alicia Boler- Davis (Executive Vice President, Global Manufacturing – General Motors), Matt Simoncini (President and CEO, Lear Corporation) and Tonya Allen (Director, National Association of Women Business Owners – NAWBO) and Jimmy Settles (VP, UAW Ford).
The dinner will be a celebration of Focus: Hope but also an acknowledgment of these leaders for the work they have done in their careers and in support of focus hope.
Heroes For HOPE Awards Program & Dinner will be held on Friday, April 20, 2018 at MGM Grand Detroit. For more information or to purchase tickets please visit: https://www.wedoauctions.net/heroesforhope.