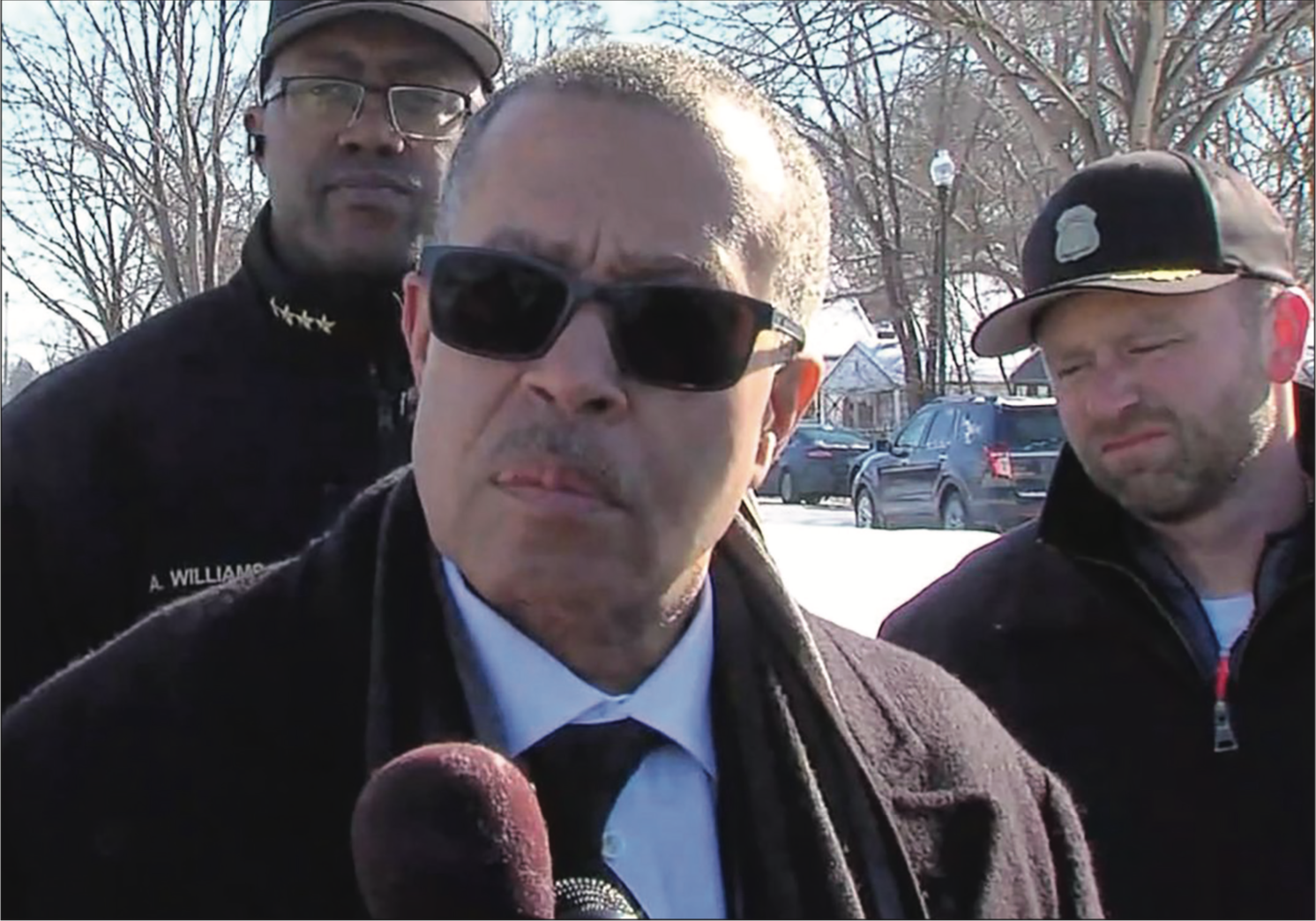 The recent murders of three women at the hands of a deranged shooter on Lamont St, preceded by the murder of Detroit Police Officer Glenn Doss. Jr., preceded by the murder of Wayne State University Police Sergeant Collin Rose, preceded and followed by mass murders and mayhem on an unprecedented scale, the rise in fatal events is causing Detroiters and citizens across the nation to pause and ask the scorching question again: “What can be done?”
The response to mass shootings like the killing of 17 at a Parkland, Florida high school, like at Sandy Hook and Virginia Tech and Columbine, is always the requisite national outpouring of compassion and sorrow for the victims and their families, and the obligatory promise of support for the affected communities. But when these events begin to fade with time, so does our resolve to get “something” done.
In a recent “Let it Rip” segment with Huel Perkins, Detroit Police Chief James Craig disclosed that in an average month, Detroit officers handle 500 calls involving persons with mental illness, and of those calls, between 100 and 150 of them involve an armed mentally ill person.
“What do we want to do? Just continue to put the Band-Aid on it? You know, the 72-hour hold? And then what happens next? They’re out. They reoffend,” Craig said. “What we’ve done, we’ve criminalized the mentally ill.”
Fortunately, Michiganders’ memories are long, and many recall then Gov. John Engler’s decision to close Detroit’s Lafayette Clinic and nine other state-funded facilities for the housing and treatment of the mentally ill and opened the floodgates for thousands of former patients to find and secure housing and help for their futures.
Experts say statistically that consumers with more severe forms of mental illness like schizophrenia or bipolar disorder are four to six times more likely to commit violent crime than members of the general population.
“People suffering from mental illness aren’t being treated. So, what happens? [Doss’] son is killed. We talk. We talk about the hero from Wayne State. We talk. We talk about mass shooting incidents around the country. We talk a little more. But we’re not doing anything. I’m fed up with having conversations,” continued Craig.
Since the beginning of 2018, 18 separate incidents of school shootings have occurred,
But the question of just “what is the ‘something’ to be done regarding mental illness since the current administration and gun rights advocates consistently hold to the contention that mental health — not access to firearms — is the common denominator and “the critical ingredient” to shootings in America. Trump, with all of his lip service about improving mental health as a means to combat gun violence, revoked an Obama-era policy that made it harder for people with mental illnesses to buy guns.
In states with Red Flag Laws (Michigan is not one), when a person is in crisis, loved ones and law enforcement who have observed signs that an individual may pose a threat and cause injury to self or others, Red Flag Laws allow them to seek help from a court to remove guns from dangerous situations. In most cases, an ERPO or Extreme Risk Protection Order — also called a gun violence restraining order — is issued enabling courts to temporarily prohibit a person from having guns if law enforcement or immediate family members show that he poses a significant danger to himself or others.
Five states have Red Flag Laws, and bills are currently pending in another 18.