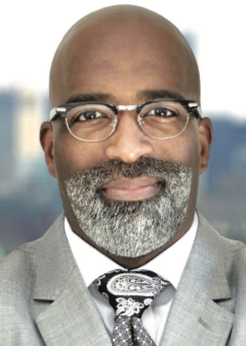 Jason Wilson, founder and president of The Yunion and leader of the nationally recognized Cave of Adullam Transformational Training Academy (CATTA), was honored at the 12th Annual General Motors African Ancestry Network (GMAAN) & Buick Black History Month Celebration. Wilson was awarded the Inspiration Award in recognition of his efforts to help young men break through emotional barriers as part of the CATTA. The CATTA’s mission is to create a generation of men who are physically conscious, mentally astute and spiritually strong enough to navigate through the pressures of the world without succumbing to negative emotions.
Law 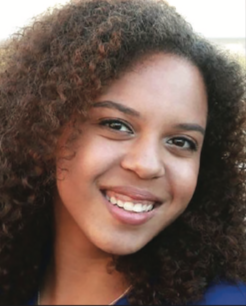 Megan Brown was named editor-in-chief of the University of Michigan Law Review. Brown is the first African American to hold this title. In this position, she will be responsible for editing, production and managing the book. The Law Review is published eight times a year and has about 100 students that work on the publication. Brown is a member of the Black Law Student Association and the Michigan Law Headnotes a Cappella group. After her first year of law school, she was a Diversity Scholar at Latham & Watkins in Chicago. She received her bachelor’s degree in neuroscience at the University of Michigan in 2015.
Nonprofit 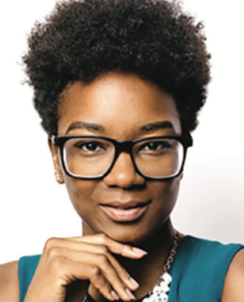 The National Association for the Advancement of Colored People (NAACP), America’s premier civil rights organization, named Tiffany Dena Loftin as the new director of the Youth & College Division. The Division is comprised of more than 700 youth councils, high school chapters, and college chapters. Previously, she worked as senior program specialist with the National Education Association. There, she served as senior pro- gram specialist in Community Advocacy and Partnership Engagement at the Center for Social Justice. Previously, she served as the Racial Justice Program coordinator for the Civil, Human, and Women’s Rights Department, where she played a central role in guiding the work of the AFL-CIO Labor Commission on Racial and Economic Justice. Loftin was recently appointed by then-President Barack Obama to serve on the White House Initiative on Educational Excellence for African Americans in Higher Education.