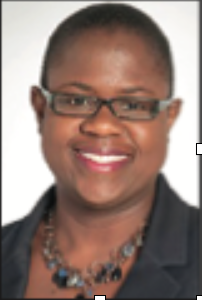 Michelle Johnson Tidjani, Esq., was recently appointed senior vice president and general counsel of Henry Ford Health System. In this role, she provides executive leadership, from both a strategic and operational perspective, for the following areas: Office of the General Counsel covering all legal affairs for the health system, the Business Integrity and Tax Office, Information Privacy and Security, the Governance Office, and the Risk Finance and Insurance Office.
Prior to Henry Ford, Tidjani served as deputy chief legal officer for the Cleve- land Clinic where she managed a team of more than 20 lawyers, paralegals, support staff and external counsel, serving as a strategic partner with her executive team on such initiatives as physician/hospital alignment, telemedicine, reimbursement, affiliations, acquisitions and governance.
Tidjani has been responsible for more than $7 billion in contracting revenue through managed care agreements, consulting services, clinical operations, information technology, clinical trials, supply chain and all vendor relationships.
Education 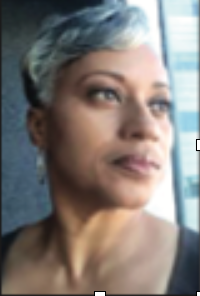 The Cass Tech Alumni Association (CTAA) appointed Leslie Graham Andrews to the position of president of the CTAA. A proven community relations and development executive, Andrews formerly held the position of director of community relations and corporate philanthropy for Quicken Loans where she was responsible for all corporate giving for Quick- en Loans, Fat- head, Xenith and Title Source, which are a part of the Rock Venture family of companies. Andrews also served as spokesperson and managed public relations, for those groups, including print, television and radio.
Prior to Quicken Loans, Andrews served as Michigan area development director for the United Negro College Fund (UNCF). He fills a role left vacant as a result of the sudden passing of former president, Larry C. Patrick, Jr., late last year.
Before this appointment, Andrews worked with the CTAA executive commit- tee on many initiatives over the years. He holds a Bachelor of Arts in English from Spelman College and an MBA in Marketing from Northcentral University. 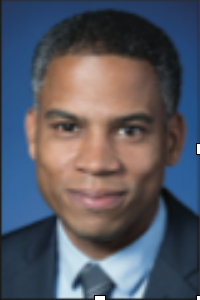 The Great Lakes Water Authority has hired Randal Brown to serve as the Authority’s General Counsel. Brown joins the GLWA team after a distinguished tenure at Wayne County, where County Executive Warren C. Evans appointed him deputy corporation counsel in 2016. In that role, he managed over 30 attorneys and represented all county elected officials, employees and departments.
“Mr. Brown’s extensive experience in aiding major municipalities with projects like asset disposition and cost saving contract renewals, coupled with his deep understanding of our key customer communities, makes him well-suited to fill this critical role on our executive management team,” said Sue McCormick, CEO, GLWA.
“I look forward to serving the Authority by using the depth and breadth of my professional experience and passion for public service,” said Brown. “In my time with the Authority, I aim to build on the successes achieved by the legal team under Mr. Wolfson’s leadership, and hope to provide sound legal advice to support the Authority’s continued growth and success.”