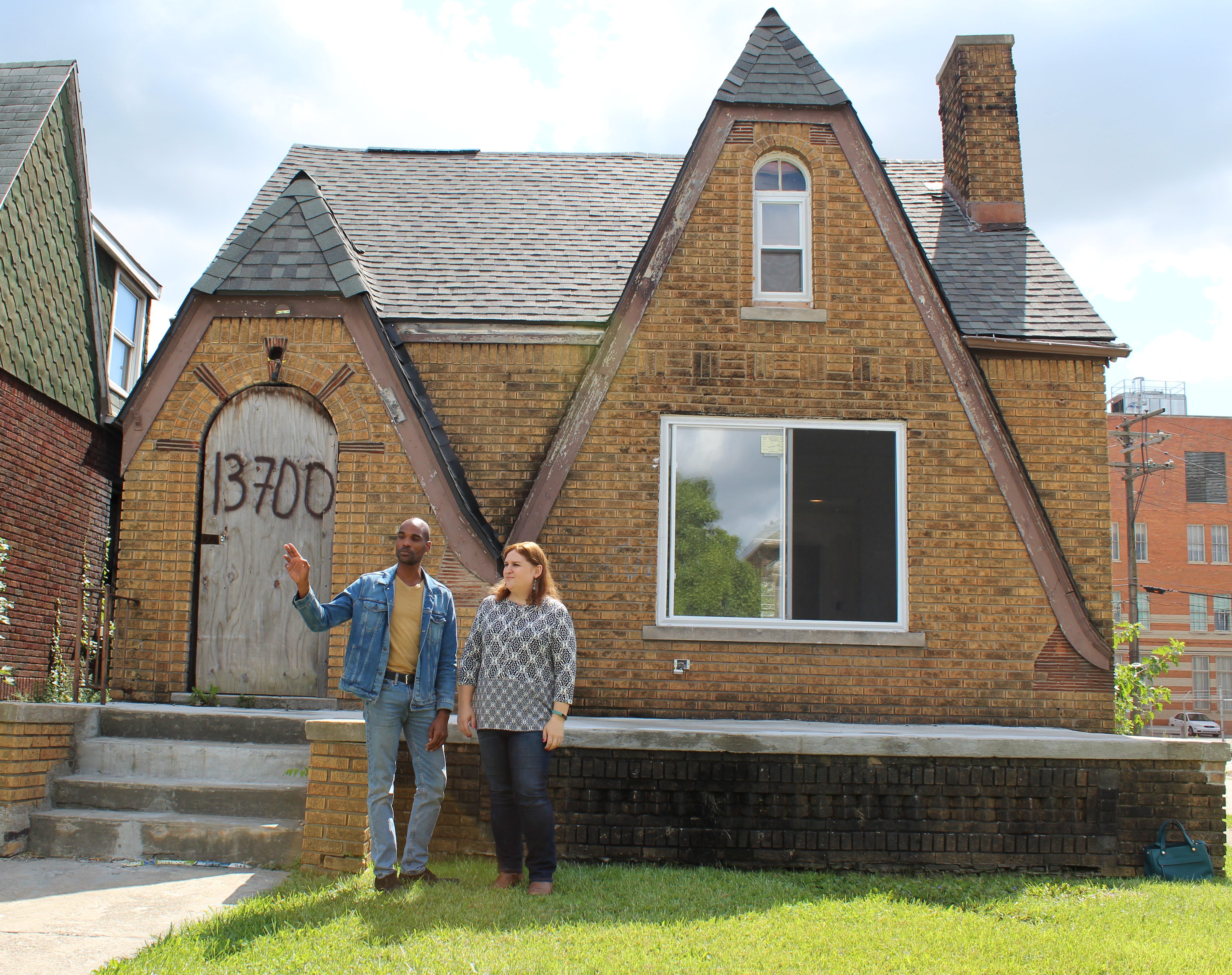 The Osborn Neighborhood Alliance is a local organization at the forefront of the city’s revitalization efforts by focusing on the safety, health and education of residents of the Osborn neighborhood on Detroit’s northeast side. Through partnerships with other nonprofit organizations, like City Connect Detroit, government organizations, schools, churches, businesses and residents, ONA has remained dedicated to rebuilding their community. But, what is most unique about this partnership is that unlike many new developments in the city, ONA and City Connect are focusing on the neighborhoods through initiatives like the Mapleridge Street project.

The recently completed Mapleridge Street home is the first of eight slated for rehabilitation, all to be completed in 2018. The project is at the center of ONA’s efforts to eradicate blight and to encourage people to move back to the once thriving Osborn Neighborhood by way of a rent-to-own home ownership opportunity, something Quincy Jones, executive director of the Osborn Neighborhood Alliance, believes is crucial for the future of the neighborhood and city.

“This initiative is really stabilizing and creating the potential of growing a neighborhood and making it safe in areas that have seen severe disinvestment. One of the goals that we are trying to do is to share with an area that has seen disinvestment that it can be turned around with proper investment and planning,” Jones said about the Mapleridge project.

“We have quality homes that can be rented out, but of course our ultimate goal is for home ownership. We wanted to show a greater impact by focusing our energy and resources in a targeted approach. Live in Osborn is a mile radius, but our development is happening right on Mapleridge Street. If you can get one home renovated, you can get two homes renovated and you can get three homes renovated.

So, our targeted approach is really about getting resources and people excited about moving back in the neighborhood.”
Founded in 2001 by a coalition of foundation and civic organizations, City Connect Detroit is a Detroit-based nonprofit agency that uses collaboration and fundraising strategies for community change efforts in the city of Detroit.

Kate Cherry, program director, City Connect Detroit said the organizations founders believed in the idea that “Detroit could do a better job of attracting and utilizing philanthropic resources and grant resources if more folks were at the table. If there was more of a common front, a common agenda.”

To do so, City Connect helps other Detroit area nonprofits and government agencies work together to solve local issues and to find the resources necessary to support of their collective missions.

“We got involved with ONA a few years back in partnership with the Skillman Foundation which helped ONA through its Good Neighborhoods Initiative, which was a 10 year commitment from 2006 to 2016. As part of that work, we were retained to provide some consulting support to ONA. They put us together as sort of a dual task and purpose of both building these collaborations and also raising dollars for them. We specifically helped them with the strategic planning behind the Live in Osborn initiative and some initial grant work that resulted in a contribution from the Wells Fargo Foundation that ultimately led to some boarding up and clean-up. The city also got involved and helped remove some blight from the area,” Cherry said about the nonprofits’ partnership with ONA.

“This [Mapleridge Street project] is the next, sort of, logical extension to begin moving folks back in.”

For more information about ONA and the Live in Osborn initiative, go to www.liveinosborn.org.