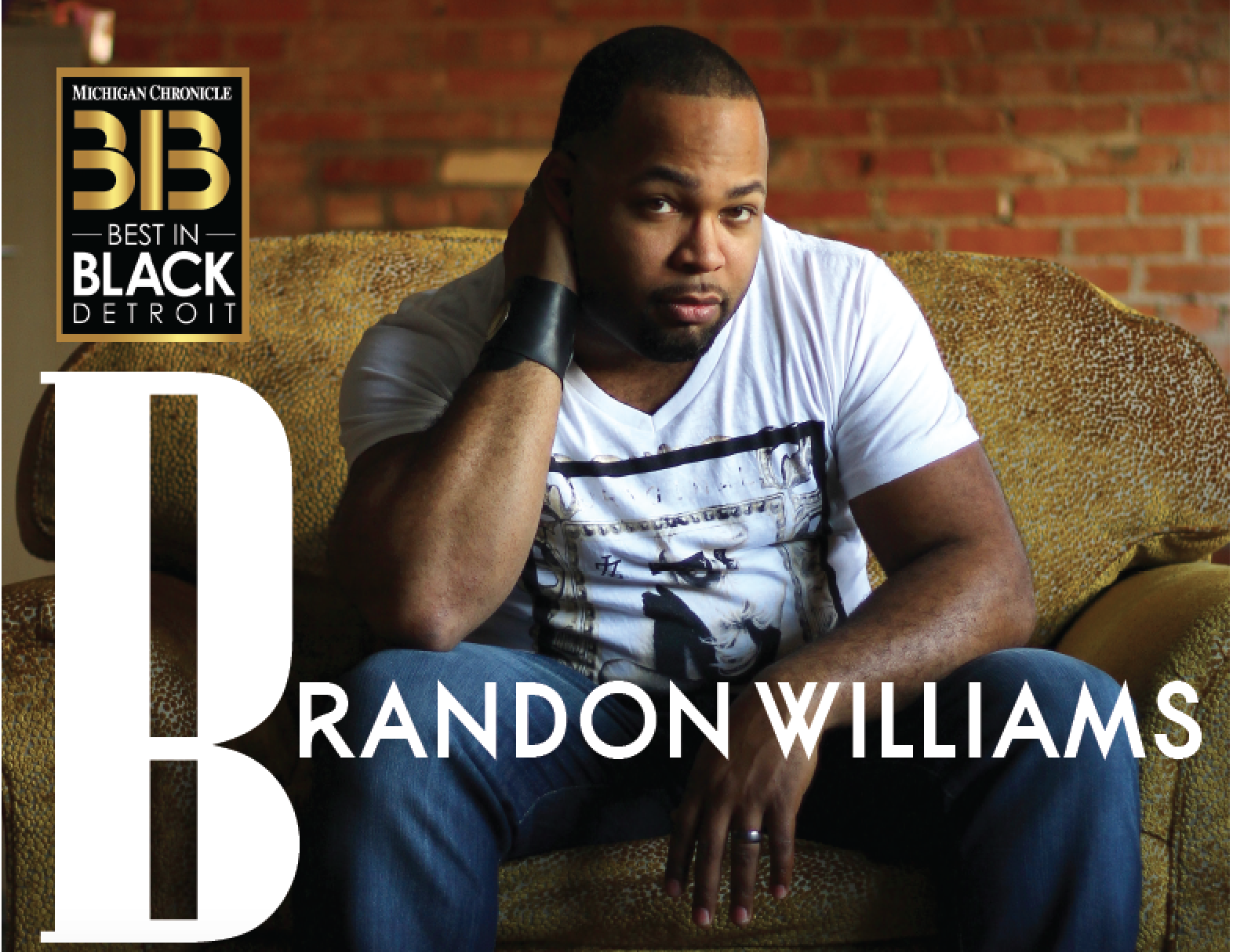 Last year, the Michigan Chronicle introduced its inaugural Best In Black Awards. These awards were the definition of FUBU (For Us By Us) and were voted on by the residents of Detroit neighborhoods to determine who was the best barber, best black-owned restaurants, best in music and more.

Enters Best in Black top finalist Brandon Williams of Soulasis Music Group, hometown musician who has played worldwide, yet consistently remembers that black excellence is right here at home in the D.

Williams defines what Best In Black means to him as having integrity.

“Best in Black is excellence,” he said. “If what you are doing is done with honor and integrity, you are portraying the best in black.”

The music industry can be a dog-eat-dog world. Maintaining integrity in a cutthroat business can be hard. Williams credits his integrity to maturity, saying, “I’ve grown into the man I am today. I’ve grown to be more honorable. When I was 22, I wasn’t this guy, but over the years I’ve grown and have learned to sit down some and balance my music and life.”

With age comes wisdom and Williams has invested this into his career since he started playing professionally at the age of 12. When asked how he stays so consistent and relevant in Detroit and abroad, he responded with the word “versatility.”

“The main thing for me is versatility. Since I am not with one particular band or venue, it has assisted with the growth and expansion of my music,” he explained. “If you want me to play African music, Spanish music, rock or R&B, I can because I dedicate myself to being versatile. I am more than just a drummer. I consider myself an entertainer.”

The self-taught musician can play many instruments although he prefers drums. He reveals that he also dabbles in singing, although none of that will be happening publicly anytime soon.

Although singing ballads for him is for now on the back-burner, Williams enlisted a variety of singers and songwriters, among them the duo singers/songwriters A PLUS (Anesha and Antea Birchett) for his “XII” album project.

This format of music was inspired by one of Williams’ idols, the multifaceted Quincy Jones.

“Quincy took all of these different people who may have never worked together and brought them in to collaborate on an album and made it work,” Williams said.

Although “XII” symbolically means completion for Williams, he’s nowhere close to being finished. His next project, “Love Factor,” promises to work with the same format while exploring all of the aspects of love, from marriage to divorce.

“My first album was about love also, but I wanted it to sound like what perfect love feels like, but (love has) so many facets. This upcoming album will focus on all aspects about and in love,” he said.