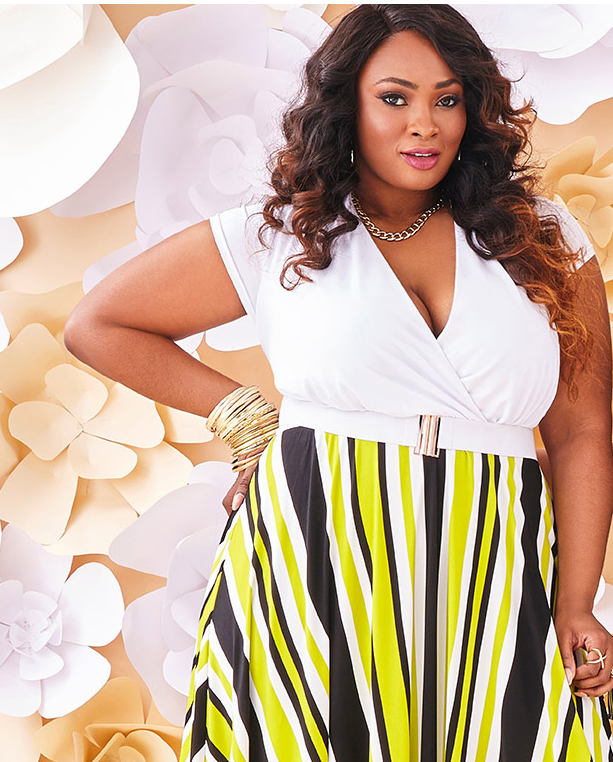 On May 19th and 20th, plus-size retailer Ashley Stewart will be in Detroit hosting a two-day public event for its ‘Finding Ashley Stewart 2017’ national search. The events will be held at the Ashley Stewart store on Southfield Road and will feature sponsors Creme of Nature, Iman Cosmetics and TxturePRO by Wet Brush as well as celebrity hairstylist Tasheara Neshell, . This event will be the fourth stop that the tour will make across the country before its grand finale event in New York City and will include an audition process, in-store Sip & Shop, fashion show and several exciting giveaways; such as Ashley Stewart swag bags, Creme of Nature gift bags, a raffle for a Creme of Nature VIP gift basket and much more.
At the culmination of the event, two regional winners will be selected and entered for a chance to be flown to NYC to compete at the contest’s Finale in September where they will compete for the grand prize of ‘Ashley Stewart 2017’. The award will be given to a woman who distinctively embodies and exudes the confidence, strength and fierceness that has become synonymous with Ashley Stewart. In addition to the coveted title, the winner will also receive a new Ashley Stewart wardrobe, sponsor prizes, makeover, cash prize and participation in features across Ashley Stewart media platforms for one year.
[youtube=https://www.youtube.com/watch?v=FRsJRZPMF3o&w=560&h=315]
MORE DETAILS:
What:   Finding Ashley Stewart 2017 Detroit 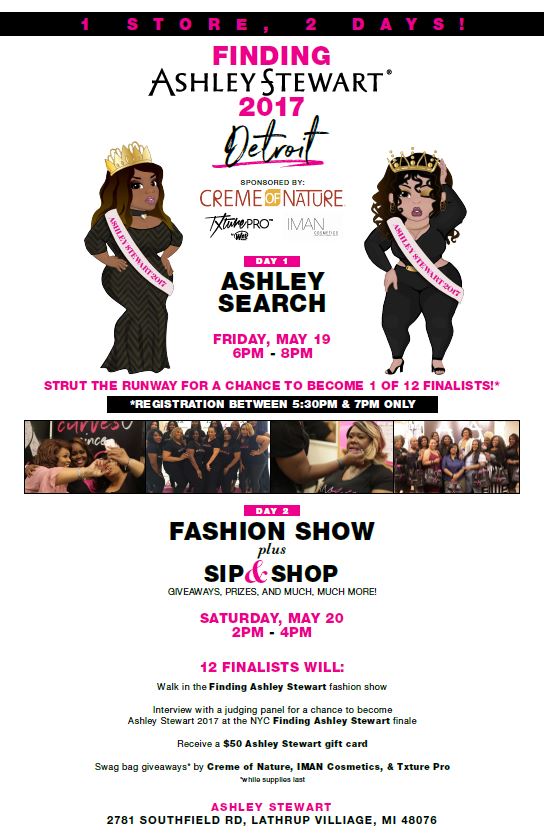