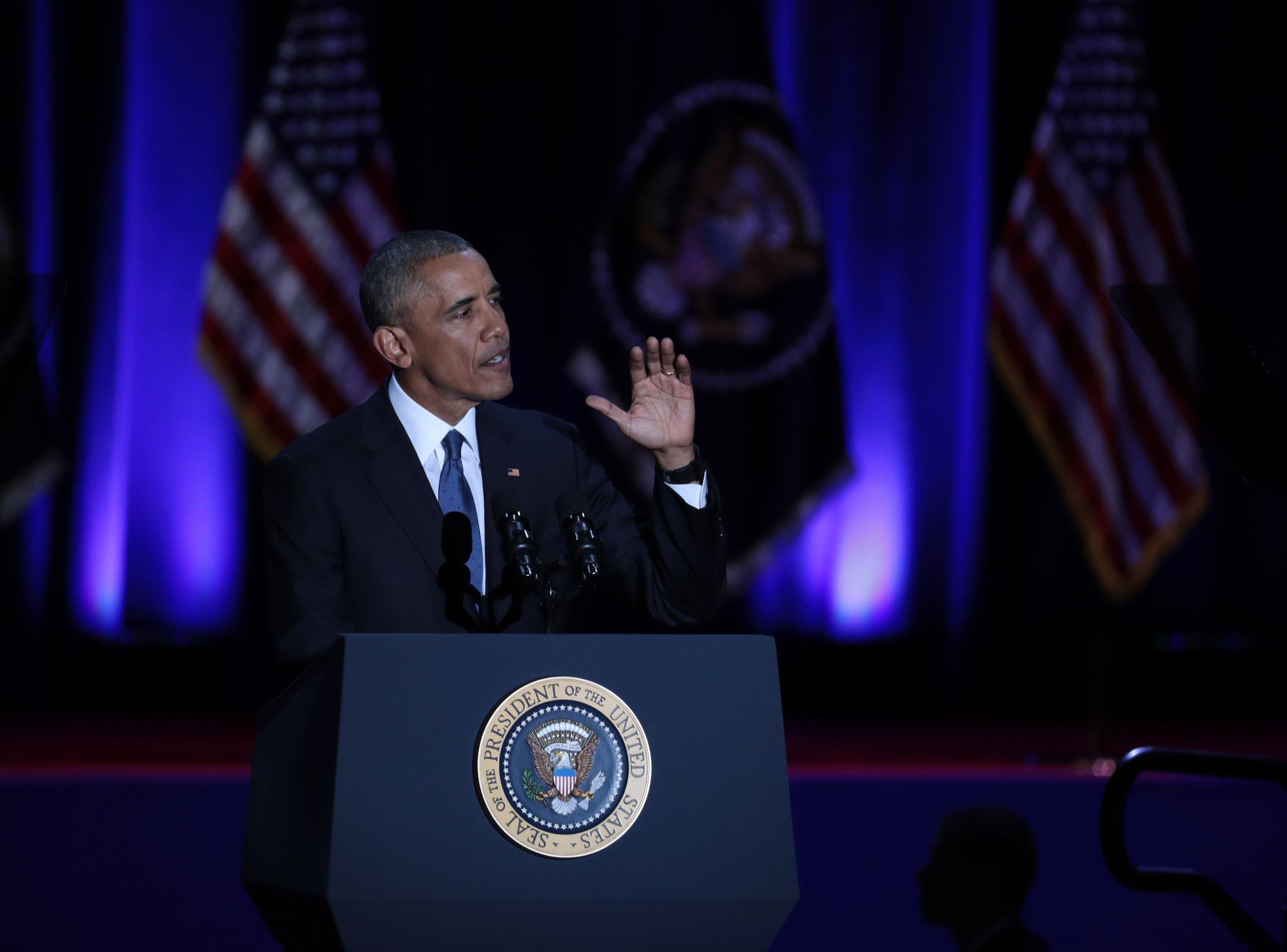 “For blacks and other minority groups, that means tying our own very real struggles for justice to the challenges that a lot of people in this country face. Not only the refugee or the immigrant or the rural poor or the transgender American, but also the middle-aged white guy who from the outside may seem like he’s got all the advantages, but has seen his world upended by economic, and cultural, and technological change.

“We have to pay attention and listen.

“For white Americans, it means acknowledging that the effects of slavery and Jim Crow didn’t suddenly vanish in the ’60s; that when minority groups voice discontent, they’re not just engaging in reverse racism or practicing political correctness; when they wage peaceful protest, they’re not demanding special treatment, but the equal treatment that our founders promised.”

It shouldn’t have been a surprise to anyone that President Obama’s farewell speech was powerful and moving. We’ve known about that oratorical gift ever since 2004 when a then-young Sen. Barack Obama first stepped onto the national stage at the Democratic National Convention and delivered the most memorable and talked about speech of the occasion. By the time he stepped off the stage, people were already viewing him as a contender for the presidency, although few thought it would come so soon.

So no, the beauty and power of Tuesday’s speech was pretty much a given before he even stepped to the microphone. But of all the things Obama said, the one portion of the speech that had the most resonance for African Americans is that portion shown above. Some may say it came too little too late, wondering why he didn’t address the issues of race like this earlier on rather than waiting until he had one foot out the door? Others may criticize the President for even bothering to request that black people try to walk a mile in the shoes of a working class white person like those coal miners who figured Trump was their best bet, apparently not caring that he was a white supremacist? Not to mention a sexist Islamophobe, etc?

Shouldn’t it be white folks who try walking a mile or two in the shoes of black folks?

But this shouldn’t have come as much of a surprise either. Obama has always been one to urge both sides to try and imagine life from the point of view of the ‘other’. Considering his extremely diverse background, I can see why he sees this approach as valuable. White folks aren’t just white folks to him, they are his mother and his maternal grandparents who raised him. It’s much more personal because white people aren’t the ‘other’ to Obama, they are his immediate family.

Still, I must confess I felt the same as some of my friends who really weren’t trying to hear about how hard it is for those working class whites who voted for Trump because the modern world scares them. I respect what the President was trying to do, and maybe I’ll be that Big Picture myself one day, but I’m not there yet.

But just when some of us were starting to feel perhaps a little upset that Obama was lecturing us again about how we as blacks needed to do more to better ourselves, Obama pushed ahead and put white people in check in a way that none of us had quite heard him do before. The President made it plain that to even suggest his election heralded in a post-racial America was “unrealistic”. It was also ridiculous. He encouraged them to understand that there’s a reason and a context for black anger and discontent, and it would be in their best interest to understand those reasons and that context. Because as he also pointed out, the browning of America is real, and no amount of gerrymandering or other political game-playing can put the brakes on that approaching reality.

Like his mother told him, “Reality has a funny way of catching up with you.”

Hope is not dead.