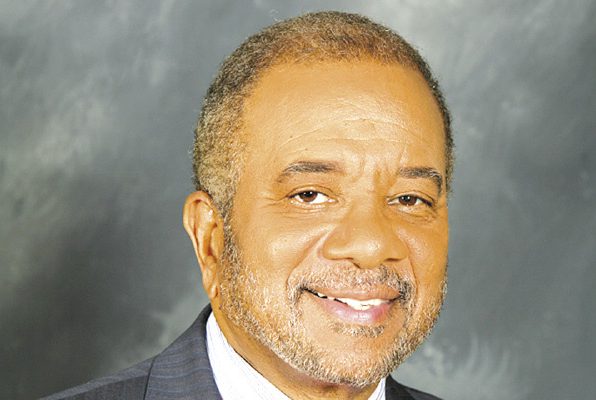 America has experienced some rough and turbulent presidential campaigns before, but we have never experienced one like this one. We find ourselves in the gutter with personal insults, name calling and attacks.
How did this happen? Well, one of the candidates, helped develop his image, not so much from becoming a billionaire, but by utilizing the media to lift his profile through a reality television show. He became an entertainer that made folks curious enough to follow him because of his showmanship. He then used his showmanship to “hijack” the campaign from a traditional process to one of “gutter politics”. He insults, demeans and attacks his opponents with such energy that it generates attraction to those who like to watch that type of “reality television”.
He rose to the Republican nomination by outlasting his opponents on the momentum of going after folks with his insults and name calling. The establishments always thought that he would self implode one day. But he didn’t, because some folks just like that style. You know,” He tells it like it is”. They discount that the President of the United States must possess a certain personal profile that is founded on dignity and personal moral character.
Prior to the first debate between Hillary Clinton and Donald Trump, the entire buzz was about which one of Trump’s personalities would show up for the debate. Would it be the one who tries to act presidential or the one that flips off at the mouth and says the first thing that comes to his mind? Even the people in his camp expressed the same questions.
During that debate we saw “two” different personalities. The first few minutes of the debate he was calm and deliberate. But as the debate wore on he became obnoxious, uneven in his delivery and even tried being a bully. Then, as we all anticipated the second debate, we all wondered again which one of his personalities will show up again.
But on the way to the debate, another revelation came out about the character of this man. A tape was uncovered that showed him talking in demeaning, disgusting and disrespectful language about women and how he treats them. By another revelation, I mean he had already talked about how women who were too fat, were pigs, or ugly or what type of body they should have to be considered attractive. He tried to explain it away, calling it “locker room talk”.
But his moral character continued to be exposed. In another episode of taped conversations, he talked about his daughter Ivanka. How she was “hot”, and if she was not his daughter he would date her. This is a disgusting thought. But within the same conversation, he joined in with the interviewer and talked about her body and where she had plastic surgery. This is a father, the protector of his daughter, in the gutter talk about her. Women, no matter who they are, are mere objects to him.
So the conversations prior to the second debate were about these tapes and his natural feeling about women. During the debate, he gave a loose apology. But he went deeper into the gutter. He brought to the debate women who allegedly had been involved on some level with Bill Clinton, Hillary’s husband. He wanted to use that to deflect his own moral shortcomings. First, Bill Clinton is not running for president. Secondly, what does this have to do with what you would do as president?
Prior to the debate Republicans were distancing themselves from him because of the tapes. Sixteen Republican Senators stated they could not vote for him. His wife, daughter and even his running mate, Mike Pence stated they were appalled at his statements about women
Now what is troubling here is that we have a significant number of folks who not only support Trump but defend him. This is what is scary. They dismiss his antics, support them or just don’t care because they like him. This is no reality game show here. The consequences of the president calling someone a name or insulting a world leader or disrespecting women affect the whole country. This is very serious business.
It is clear, that Trump does not have the temperament, emotional stability or even moral character to be President. He is who he is. Each day we would be wondering “Which Trump will show up today?” The president should be a role model for our youth, not someone who would keep us in the gutter.
The greater issue is not should he be president, but should he be able to walk around among us?