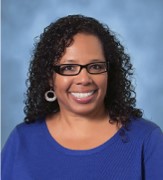 Question: Someone I know just died of a heroin overdose. What is being done about the heroin problem in Michigan, if anything?
Answer: A lot of people saw the recent story from East Liverpool, Ohio where a grandmother and her friend passed out from drug use in the front seat of a car, a young grandson in the back seat.  Unfortunately, the underlying issue is an increasing problem across the nation: opioid overdose.  In Michigan alone, overdose deaths increased from 235 deaths in 1999 to 1745 deaths in 2014.  That’s 742%, compare that to 876 deaths from car accidents in 2014. Over 70% of the deaths are persons aged between 25 and 54 years old.  Drug overdoses are now the second leading cause of deaths for women aged 15 to 24, and the leading cause of death for males 25 to 44 years old in Michigan.
As the Ohio story showed us, these overdoses and deaths affect many people-the persons using the drugs, their families and friends, as well as law enforcement and other first responders who come in contact with them. In the Ohio story, and many others, opioids were involved.  Opioid is a term used to refer to a group of drugs with opium-like effects.  Opiates are the natural compounds found in the opium poppy plant.  Some natural substances that come from that plant are morphine and codeine.  You are probably familiar with these substances as we use them as medications for pain.
There are chemicals that are derived from morphine, such as heroin and oxycodone.  Some compounds are completely synthetic, such as fentanyl, tramadol, and methadone.  Clearly heroin use is illegal, but many of these compounds have legitimate uses for pain, cough and diarrhea.  All of them are “controlled” substances, which means the use, possession and manufacturing are regulated by the government.  This is because they all have a risk of addiction, and can be very deadly if too much is taken at once.
What kept this story from being a worse tragedy is a medication called Naloxone.  The police officer had clearly been trained how to identify an opioid overdose, and to use Naloxone to reverse it.  He was able to save the life of the grandmother and her friend. Naloxone, often known by the brand name Narcon, has been around for a while.  It is available as a nasal spray or as an injectable medication, and acts rapidly.  It temporarily blocks the effects of opioids, therefore is used to reverse an overdose.  You can see why it would be a great item to include in the equipment available to a police officer.
Fortunately, Michigan, like Ohio, now has laws which allow peace officers, including police and sheriffs, to possess medications like naloxone, and can give that medication is they have been trained in how to administer it, and believe that a person is in an opioid overdose.  The Detroit Wayne Mental Health Authority (DWMHA), along with Oakland and

Macomb County Mental Health agencies, have purchased naloxone, packaged them into kits, and have been training and supplying first responders with naloxone.  At least 4 lives have been saved by law enforcement officers in Wayne County using these kits. Training in Wayne County is now expanding to substance use prevention and treatment providers, and faith communities. Interested in learning more? Contact DWMHA through the website www.dwmha.com.
If you or someone you know is struggling with heroin or any substance use, mental illness, or developmental/intellectual disability problem, contact Detroit Wayne Mental Health Authority 24 hours a day at 800-241-4949. Our crisis line can assist you whether or not you have insurance, housing, or other resources.
Dr. Carmen McIntyre is the chief medical officer at Detroit Wayne Mental Health Authority. If you have a question for Dr. McIntyre, please submit it to AskTheDr@dwmha.com