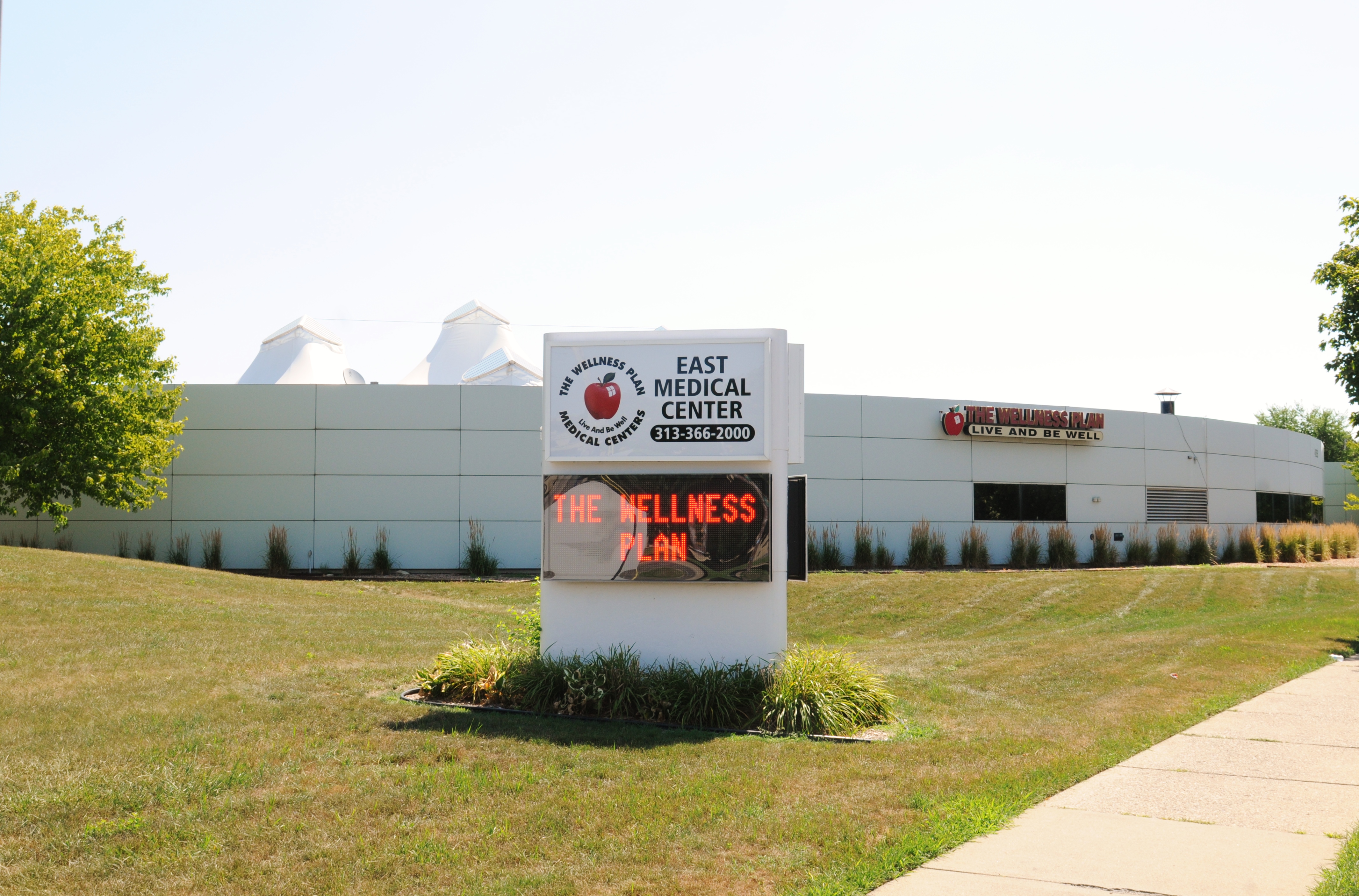 With a recent national report indicating profound health disparities between Detroit residents and the rest of the county and state as the backdrop, Detroit’s Wellness Plan Medical Center on Outer Drive has announced an expansion of services. The services will include an onsite Urgent Care Center that accepts all insurances and is now open after hours and weekends at its Eastside location.
The move comes on the heels of this year’s Robert Wood Johnson Foundation’s 2016 County Health Rankings report indicating that Wayne County, yet again, ranked last out of Michigan’s 83 counties for both overall health outcomes and health factors.
The Foundation reports that in 2015, Detroit’s infant mortality rate was 13.6 percent compared to 6.1 percent in Wayne County (excluding Detroit) and 6.8 percent in Michigan. It’s obesity rate was 37 percent, compared to 31 percent in Michigan. It’s diabetes rate was 14.6 percent, compared to 10.4 percent in Michigan. And 18 percent of Detroiters reported poor mental health on at least 14 of the past 30 days, compared to 12.6 percent in Michigan.
Dr. Tiffany L. Sanford, the newly appointed Medical Director for The Wellness Plan Medical Centers said the grim statistics are a reflection of the poor health outcomes that result from a high concentration of poverty, intense racial segregation and the fact that many people in that situation often find themselves facing social barriers to obtaining health care services, in spite of having health insurance under the Affordable Care Act.
“As a federally funded health center, we have to conduct routine assessments, and it soon became very clear that there was a need for urgent care services on the east side of Detroit,” she said.
Sanford said her organization has four clinics serving the Metro Detroit area and Pontiac. But their internal assessments indicated the Eastside of Detroit had the greatest need for expanded services due to that section of the city being home to such a high density of poor people with chronic illnesses, inadequate transportation, inadequate access to healthy food sources and a lack of full-service medical clinics to meet community needs – especially urgent care facilities.
Historically, the hospital emergency room has been the first choice of many poor people for urgent care services, she said.
However, a medical center’s urgent care designation means if your doctor’s office is closed or unable to accept appointments on that particular day and you have an urgent need to be seen due to a condition that requires an urgent evaluation by a medical professional, you can visit an Urgent Care Center without the cost and wait time of visiting a hospital emergency room.
“In this region of the city there are few full-service urgent care facilities, aside from us,” Sanford said. “Because of all of the health complications due to chronic illnesses such as heart disease, kidney disease, asthma and diabetes, it was important to add an urgent care designation to the clinic in order to encourage neighborhood people to visit anytime so that they could develop a relationship with urgent care healthcare providers.”
The 2010 Affordable Care Act increased funding for community health centers, which provide comprehensive, high-quality preventive and primary health care. Health Center grantees in Michigan have received $208,926,298 under the health care law to offer a broader array of primary care services, extend their hours of operations, hire more providers, and renovate or build new clinical spaces in medically underserved areas, to expand preventive and primary health care services.
Of that funding, more than $100 million went to the city of Detroit, according to a new report by the Center for Healthcare Research and Transformation at the University of Michigan.
The website for the Detroit Department of Health and Wellness Promotion indicates the city has three public health centers servicing the city of Detroit. The latest they stay open is until 6:30 pm on Wednesdays. The Chronicle reached out to the Department of Health for comment but had not heard back by deadline.
There are however, independent privately run clinics like the Wellness Plan Medical Centers that receive federal grants for some of their services. However, Sanford said they did not receive any funding from Detroit’s $100 million under the ACA.
The Detroit Wellness Plan Medical Center was not the only east side health center shocked in to action by the conditions they found on that side of the city. The Foundation reported that the Joy-Southfield Community Development Corporation (JSCDC) has operated in the neighborhood since 2001 and initially offered sorely needed, but basic, healthcare services to low-income, uninsured residents. Services were expanded in 2011 when they developed what Dr. David Law, executive director of the JSCDC calls an “ecological approach to promoting health equity,” that addresses each of the four factors measured by the County Health Rankings: health behaviors, clinical care, social and economic factors and physical environment.
In the July 13th Center for Healthcare Research and Transformation report, The Effects of the Affordable Care Act on the Health Care Safety Net in Detroit, the authors Joshua Fangmeier, MPP; Marianne Udow-Phillips, MHSA and Claire Peters, MPP, identified several positive key findings about health care services in Detroit since the ACA. Among them:

Indeed, the new law has helped insure more than 16.4 million people nationwide who might otherwise be without insurance. This includes the nearly 350,000 Michigan residents who have been aided by the program with both new affordable insurance rates and expanded eligibility for Medicaid. Others benefitted from expanded healthcare services, such as free preventive service coverage, removal of lifetime limits on health benefits, ending discrimination for pre-existing conditions, expanding mental health and substance use disorder benefits and allowing young people to remain on a parent’s health insurance coverage until the age of 26.
But Dr. Nancy Baum, director of Health Policy at the Center for Healthcare Research and Transformation, said the fact is, studies show that much of the gap that exists between communities of color and the general population in health often stems from social determinants related to where they live. And as in the case of too many Eastside residents and other poor people around the state and country, in spite of new health insurance benefits, many poor Michiganders must contend with inadequate funding for local health departments, inadequate public transportation to get them to the clinics or medical specialists or support groups, pharmacies, grocery stores and most importantly, full-service clinics in their communities.
“Everybody recognizes that healthcare is not the only thing that contributes to people’s health,” she said. “Living a stressful life, eating good food, transportation to get to places to buy good food contributes too.”
“A healthcare system itself doesn’t make up for all those things; health care makes people healthy, but it’s one of only many things people need to be healthy,” Baum said.
Dr. Sanford agreed. She said prior to assuming her position with The Wellness Plan Medical Centers, she worked as a physician for a similar facility in a Wayne County suburb. The Lansing native noted that although she frequently worked with patients who were of a similar age and living with the same chronic illnesses as her Detroit patients, their health outcomes were often profoundly different. “I was working as an outpatient internal medicine physician in Canton and it was a very stark difference in regards to health outcomes and the prevalence of disease versus what I see in the patients I am caring for in Detroit,” she said.
“And almost all of it was due to the Canton residents and community being more affluent and having easier access to medical care and other critical resources necessary to maintain a healthy lifestyle in order to better manage chronic illness.”
That is why her clinic is so committed to an aggressive expansion of services, including providing transportation services for patients, at its east side operations. “It’s not only to provide more health care services to the community, but to also make it as easy as possible for them to access them,” Sanford said.
In an effort to reintroduce the clinic’s services and facilitate discussions around healthy living,  she said The Wellness Plan Urgent Care will be hosting a free Back-to-School Health Fair on Sept. 10, 2016 from 1-5 p.m., at its Eastside location at 4909 E. Outer Drive in Detroit. There will be food, prizes, health screenings, and fun activities for the kids and more.
“Parents can use this opportunity for back-to-school physicals, sport physicals, and immunizations,” Sanford said. “There also will be opportunities for people to learn more about chronic diseases, such as diabetes, as well as other community resources and services offered by the medical center’s partners. Furthermore, through September 15th, there will be daily drawings for a $15 Meijer gift card for qualified new patients to urgent care.”
Baum, the University of Michigan healthcare policy expert lauded The Wellness Plan Medical Center’s aggressive approach to reaching out to the community and incentivize them to change lifestyle habits. She said clinics such as The Wellness Plan Medical Centers and others must engage and collaborate with their patients and the communities they serve if they are to reach the goal of improving everyone’s health outcomes.
“It takes a while to see improvement in actual health outcomes,” Baum said. “Lifestyle changes like that take a long time.”
(Trevor W. Coleman is a former Detroit journalist who is now a Washington, D.C. speechwriter, journalist and author)