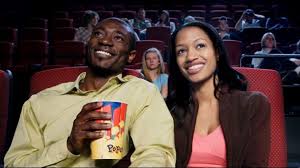 Local filmmakers have formed The Detroit Film Society, an organization empowering filmmakers of diverse backgrounds in Southeast Michigan to create and showcase locally made independent films.

“We’re excited to have Cinema Detroit as the official venue partner for filmmakers,” said Houser. “It’s the city’s only 7 day a week independent movie theatre. They showcase real independent films, often giving opportunities for up-and-coming filmmakers to bring their work to a wider audience.”

Paula Guthat, co-founder of Cinema Detroit, said, “Local independent filmmaking is important both to the cultural landscape of the metro Detroit area and to our mission as a community cinema. We are thrilled to have the launch event at our theater, and are anticipating a fun and productive gathering on August 18.”

This launch event is sponsored by the Michigan Film and Digital Media Office (MFDMO). More information can be found at http://www.michiganfilmoffice.org.