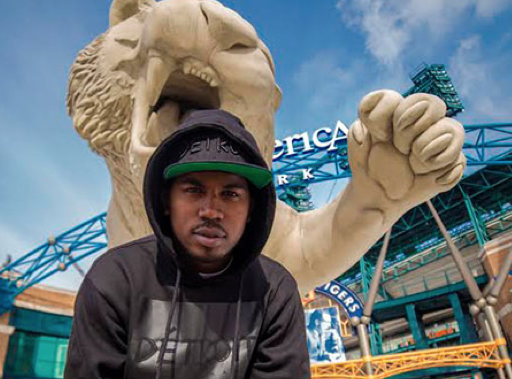 Detroit, MI – Starting his DJ career at the early age of 17, Brian Jackson, known as “DJBJ3525” of Hot 107.5 quickly emerged as one of the Detroit’s hottest DJ’s. Jackson continues to go full steam ahead with the launch of his nonprofit 3525 World a 501c3 to support metro Detroit youth, in an effort to garner the change that the city has been anticipating. As a bonus, supporters can stay in touch with Jackson through his mobile app.

At the height of his career, Jackson wants to develop an organization that will create a promising future for the youth. “I’ve come across young people that’s been through a lot that could leave a long term effect,” said Jackson. “ Knowing that we are not able to solve problems overnight, our leaders will serve as better role models for our future generations,” he continued.

With the support of his own role models, his parents, Jackson, spent a lot of his time working in nightclubs, working as a disc jockey at local parties and eventually working as a Detroit personality at HOT 107.5 Detroit. From his own experiences, Jackson was able to see that our youth needed emotional support, and he believed that his love for music could do just that.

As part of his growing brand, Jackson is dedicated to being accessible to all of his supporters with the launch of his mobile app 3525 World available on all mobile devices.  On the app users are able to connect with Jackson through direct messaging, virtual chat rooms and his new clothing line, the “Detroit Collection”.

Join the 3525 World Inc. launch week at one of the following events:

To participate in the following events send all inquiries to streethypedetroit@gmail.com. Stay connected with Jackson by visiting or following him socially @DJBJ3525 on Instagram and Twitter.