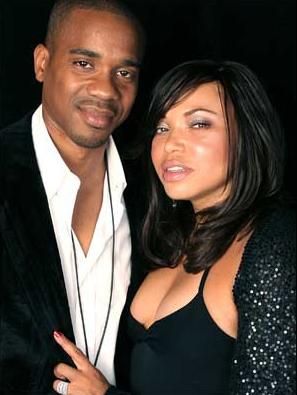 Actors Tisha Campbell and husband, Duane Martin file for bankruptcy in an effort to “reorganize” their finances.

If you watch BET’s “The Real Husbands of Hollywood”, then you know Duane Martin is a cast member on there and he’s always working on his next hustle. He also makes some shaky business deals which has earned him the nickname, “Shake”. It seems like art may be imitating life and some of Shake’s faulty business deals may have come back to bite the Martin’s in the wallet.

According to The Daily Mail, the Martin’s are about $15 million in debt and filed for Chapter 7 bankruptcy in January stating they only had $200 in cash and $173 in the bank.

“Martin actress Tisha Campbell-Martin, 47, and her actor/husband Duane Martin, 50, have filed for Chapter 7 bankruptcy, explaining they are drowning in over $15 million dollars in debt with only $313,000 in assets between the couple.

The couple filed for bankruptcy on January 7th in US Bankruptcy Court in California.

The documents list the value of their two dogs as $2.”

In the name of edutainment lets do a basic and I mean very basic overview of the two types of bankruptcy filings:

Also known as rehabilitation bankruptcy, chapter 11 is different from chapter 7. In a chapter 7 bankruptcy, the people you owe money to, collect their debts no matter what. A trustee is appointed by the government and ensures that any assets you have are liquidated (sold) and that the money recovered is used to pay the creditors in the order that they loaned money out.

There’s also chapter 13 bankruptcy, also known as a wage earner’s plan. This allows individuals with regular income to develop a plan to pay off their debts. The individual is allowed to propose a repayment plan that spans from 3-5 years. It’s a way to give people debt relief if things are getting out of hand financially.

Bankruptcy is not the kiss of death that some may think. Studies by the Federal Reserve Bank of New York have come to the conclusion that people who file bankruptcy do better financially than those who don’t.

Tisha Campbell-Martin and her husband Duane Martin released the following statement in response to today’s news:

“We got involved with some loans before the crash, couldn’t agree to a settlement with the banks, so we filed to reorganize.”

Rich folks are always doing stuff like this so I don’t believe that this means the Martin’s are completely broke. They just need some time to get their money right. Ahhh….celebrities…they’re just like us!