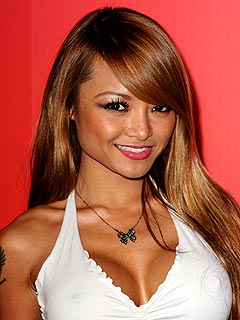 So as most people w

ith common sense know when the infamously shameless Tila Tequila is the leader of a movement it’s best not to tag along.

Yes, you heard me correctly; both the adult film star and North Carolina rapper genuinely believe that the Earth is flat and openly posted about it on one of the most massive social media sites available.

If that didn’t make you do a double take B.o.B. has even taken it one step further after being bombarded with factually proven science by the Harvard educated astrophysicist and cosmologist Neil deGrasse Tyson, the rapper actually released a diss track aimed at the science whiz on Sound cloud entitled “Flatline”.

Not content to just insult Tyson and science, the artist also goes on to claim that Joseph Stalin was way worse than Hitler citing the works of David Irving– a man who’s spent most of his life producing inaccurate accounts of World War 2 history. Irving has gone as far as denying that Hitler had any knowledge of the atrocities before eventually denying that the Holocaust had occurred at all.

B.o.B. also references “mirror lizards”, alluding to the crackpot theory that a race of humanoid reptiles actually run the world’s governments in secret. Yes, you JUST READ THAT! I for one am trapped between wildly entertained–that someone would embarrass themselves by not only admitting they believe such things via a public forum, while firing shots at one of the greatest minds of our time and utter disbelief that one could be so heavily wrapped up in defending such wanton foolery.

However, there is one silver lining: The realization that real life drama is much more entertaining than anything you can catch on a reality television show.