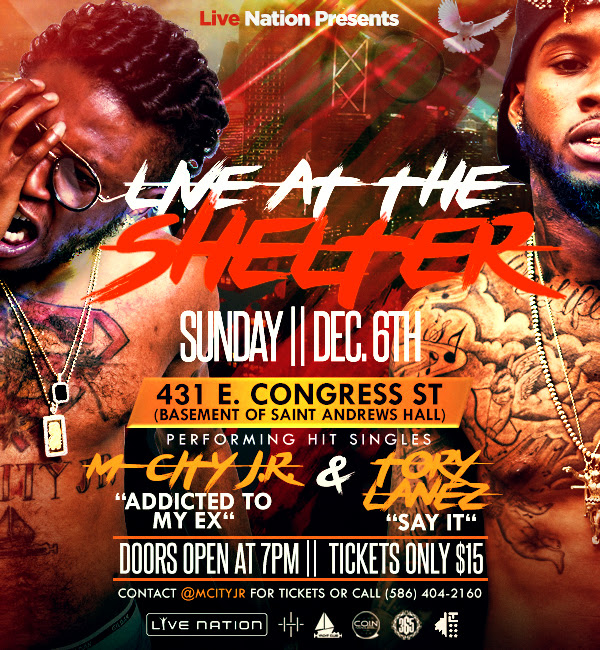 Sunday, Detroit artist M-City J.r. also known as City performed with Tory Lantz at the Shelter in Detroit, MI.
His new single CAKE (a metaphor for money), depicts a young boy who flees his home in search of peace, only encounter more chaotic situations on the streets of Detroit. Many African American youth that live in neglected neighborhoods, find themselves enclosed in a cycle of poverty and adversities. City masterfully tells a story of the desperation that comes along with trying to find opportunity in a desolate area.
In addition to CAKE, City’s hit song Addicted to my Ex is an explosive track that describes moving on after a bad break-up, “You don’t have to let that [a break up] affect you. People put a lot into other people before they put it into themselves,” says City. This hit single is slated to become the break-up anthem of the summer.
Check out the interview below and follow M- City J.r.