After years of serving in local government as Director of Parks and Recreation for Wayne County, Assistant County Executive of Wayne County, and Director of Parks and Recreation for the City of Detroit, Pastor Hurley J. Coleman released his debut gospel album titled Send Your Word on Dec. 5, 2015.
The Michigan native says his album “incorporates the sound of today’s gospel music with the foundation of the traditional sound to create a body of music that encapsulates the worship experience of today’s believer.”
Coleman is the pastor of the World Outreach Campus in Saginaw, Mich. and has been singing and playing instruments since he was four years old.
“Music just comes natural to me,” says Coleman. “I hear it in everything, and now I want others to experience the joy I feel when I sing.”
Coleman has shared the stage with many legends in all genres of music. His first major appearance was on an album where Dr. Mattie Moss Clark presented the Greater Williams Temple’s church choir, which gave him significant radio exposure. He also shared the stage with gospel greats Dorinda Clark Cole, Karen Clark Sheard, Vanessa Bell Armstrong, Marvin L. Winans, Thomas Whitfield, Yolanda Adams and more.
Affectionately called “Coleman” by many, the full-time pastor says his single “Glory to God” is a bible based worship song that leads listeners into a contemporary worship, while the title song “Send Your Word” is a prayer ballad describing a time when a word from God is what you need.
“I hope that everyone who hears my music feels inspired, and has an authentic encounter with God,” says Coleman.
To booking and more information contact via email at: hjcolemanmusic@gmail.com.
Contact Jason Flowers at jflowers@michronicle.com or at (313) 963-5522. 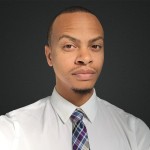