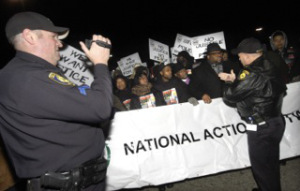 “Real Housewives of Atlanta” newcomer Kim Fields (of “Facts of Life” fame) was put out of her home after the bank foreclosed on it the other day, according to media reports.
Worse, according to legal documents obtained by RadarOnline, Fields owes hundreds of thousands of dollars in back taxes. Fields, 46, and her ex-husband, Lawrence D. Freeman, fell behind on mortgage payments for their three-bedroom suburban Atlanta home, which put the property in default during the spring of 2009.
The Powder Springs, Ga. home went up for sale to the highest bidder that April. CitiMortgage, Inc. bought the property for $89,941.96.
Fields has had her fair share of financial troublesn despite her more than three decades in the Hollywood industry. Fields, a mother of two, owes more than $212,000 in federal taxes.
She failed to pay taxes for three full years: 2011, 2012, and 2013, the entertainment blog states.
Photos: Instagram