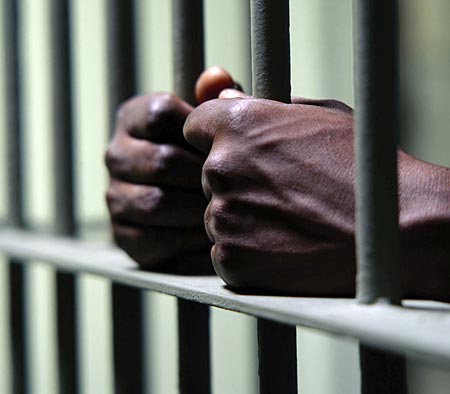 This week an estimated 6,000 prisoners convicted and sentenced to prison over the last few decades on drug felony charges are set for release back into society. The action is seen as the first meaningful step in a national effort to reduce the federal prison rolls that have swollen grotesquely from the mass incarceration of American citizens.

It comes on the heels of a bipartisan criminal justice reform bill recently voted out of the Senate Judiciary Committee and moving through Congress known as the Sentencing Reform and Corrections Act of 2015 (H.R. S. 2132.). If ultimately approved by both Houses and signed by President Obama, it would:

Additionally the bill would strengthen recidivism reduction programs by allowing qualified prisoners participating in the programs to earn credits toward early release and the opportunity to spend a portion of their remaining sentence in residential reentry centers, home confinement, or under community supervision. The bill would also allow early release of certain non-violent inmates who are older than 60, terminally ill, or in nursing care, according to the Chicago-based American Bar Association, the nations’ largest organization of lawyers.

Such action would have been virtually unthinkable just 10 to 15 years ago, said Marc Mauer, executive director of The Sentencing Project. He noted that the bipartisan consensus now firmly behind reducing the nation’s shameful incarceration rates grew out of a realization that the “War on Drugs” has been catastrophic for both families and taxpayers.

For example, the federal prison population has increased nearly 800% since 1980 and more than doubled since 1994, with spending up 1700% over that period, and federal prisons are currently operating at 131% of capacity. This is due in significant degree to the proliferation of mandatory minimum sentences. Nearly half of all federal prisoners are serving sentences for nonviolent drug crimes – as is the case for most of those being released this week.

“The reason we have mass incarceration is not because we don’t have enough research documenting the problem with it but, politically, policymakers have been fearful of being soft on crime for too many years,” Mauer said.

However, criminal justice reform advocates say the reliance of the United States on its criminal justice system and lengthy prison terms ­- more than any other nation – has also had such severe economic and budgetary consequences that it now has made such policies literally unsustainable.

Thus, while you may have liberals motivated by social and racial justice factors and conservatives by economics, you do have a bipartisan consensus around criminal justice reform at a time when there is little political consensus around much else.

A May 2014 policy memo from the Hamilton Project of the Washington, D.C. think tank the Brookings Institution found that in 2010 the United States spent more than $80 billion on corrections expenditures at the federal, state, and local levels. The memo stated in part:

“Corrections expenditures fund the supervision, confinement,and rehabilitation of adults and juveniles convicted of offenses against the law, and the confinement of persons awaiting trial and adjudication (Kyckelhahn 2013). Total corrections expenditures more than quadrupled over the past twenty years in real terms, from approximately $17 billion in 1980 to more than $80 billion in 2010. When including expenditures for police protection and judicial and legal services, the direct costs of crime rise to $261 billion.”

The Lansing-based criminal justice policy reform think tank Citizens Alliance on Prisons and Public Spending noted that despite a decrease in the prisoner population from its peak in 2007, Michigan still incarcerates nearly 44,000 people and spends $2 billion on corrections.

That is more than the state spends on higher education.

Michelle Weemhoff is the Deputy Director of the Michigan Council on Crime and Delinquency. She said although the Sentencing Reform and Corrections Act is federal legislation, it’s ultimate success can redound to state actions because it creates the political space for bipartisan consensus for meaningful sentencing reform on a state level.

“If we really want to impact criminal justice reform and ultimately end the era of mass incarceration we need to have policy changes on a state level as well,” she said. “We need similar bipartisan agreement on a state level.”

Weemhoff said right now in the Michigan legislature there is bipartisan legislation working its way through the chambers on the issue of “presumptive parole.”

Presumptive parole requires that each person is reviewed for parole at the end of their minimum sentence and has an opportunity for parole review.

Michigan’s current “Truth in Sentencing” laws requiring people convicted of crimes to serve roughly 100 percent of their time. It has resulted in most state prisoners being denied parole by the State Parole Board after serving 100 percent of their minimum sentence, even those who have demonstrated they have been rehabilitated and have good records.

“The Council of State Governments found on average, Michigan prisoners were serving 120 percent of sentence or longer,” Weemhoff said. “It’s expensive to continue to incarcerate people who are no threat to public safety; were keeping them in prison for no added value to public safety.”

“Presumptive parole will allow people to finally get out who don’t need to be in prison,” she said.

Mauer said it has been proven in states more populous than Michigan that reform policies like presumptive parole and other measures can contribute to policy shifts that can produce necessary and effective reductions in prison crowding on a state level.

The Sentencing Project noted that in recent years the success that three states – California, New Jersey, and New York – have had in reducing their prison populations by about 25% in the past 15 years. In almost all categories of crime and violence, these states achieved reductions equal to or greater than the national average as they lowered their prison populations.

In testimony last month before the Senate Judiciary Committee, Mauer said one final major component of this criminal justice reform effort at federal and state level will be mitigating the particularly harsh impact of mass incarceration on African American communities, and increasingly on Latinos.

“Black men are incarcerated at a rate six times that of white men, and one in ten black males in his 30s is in prison or jail on any given day. The intersection of socioeconomic disadvantage and the criminal justice system is similarly dramatic, with 70% of black male high school dropouts having been incarcerated by the age of 35. The life consequences for these individuals and their communities are quite profound, and threaten much of the progress toward racial justice of recent decades.

Congress enacted the Fair Sentencing Act in 2010, which reduced the sentencing disparity between the two forms of cocaine, but the legislation did not apply retroactively to individuals sentenced prior to its adoption.

“This created the unjust circumstance whereby an individual sentenced a day before the legislation was enacted would have received a longer prison term than another person sentenced the day after,” Mauer said. “By applying the provisions of the Fair Sentencing Act to an estimated 6,500 individuals currently incarcerated in federal prisons this legislation would reduce excessive incarceration overall and that of African Americans in particular.”

Democratic Michigan Sen. Gary Peters strongly backs the Sentencing Reform and Corrections Act of 2015. But in an email to the Michigan Chronicle, Peters said he believes even more still needs to be done once that bill is passed.

“The United States has one of the highest incarceration rates in the world, negatively impacting minority communities, and Congress should consider proposals that will ensure sentences fit the crime,” he said. “But sentencing reform is only one piece of a larger puzzle necessary to improve our criminal justice system, and we must also continue to look at ways to reform our court system, improve prisoner reentry, and strengthen relationships between law enforcement and their communities.”

Sen. Peters has introduced bipartisan legislation to create a National Criminal Justice Commission. It will be charged with engaging in a bipartisan top to bottom review of the criminal justice system to make it more fair and just for all Americans, his spokesperson said.

(Trevor W. Coleman is a former Detroit journalist and Washington, DC speechwriter who served as director of communications for the Michigan Department of Civil Rights)