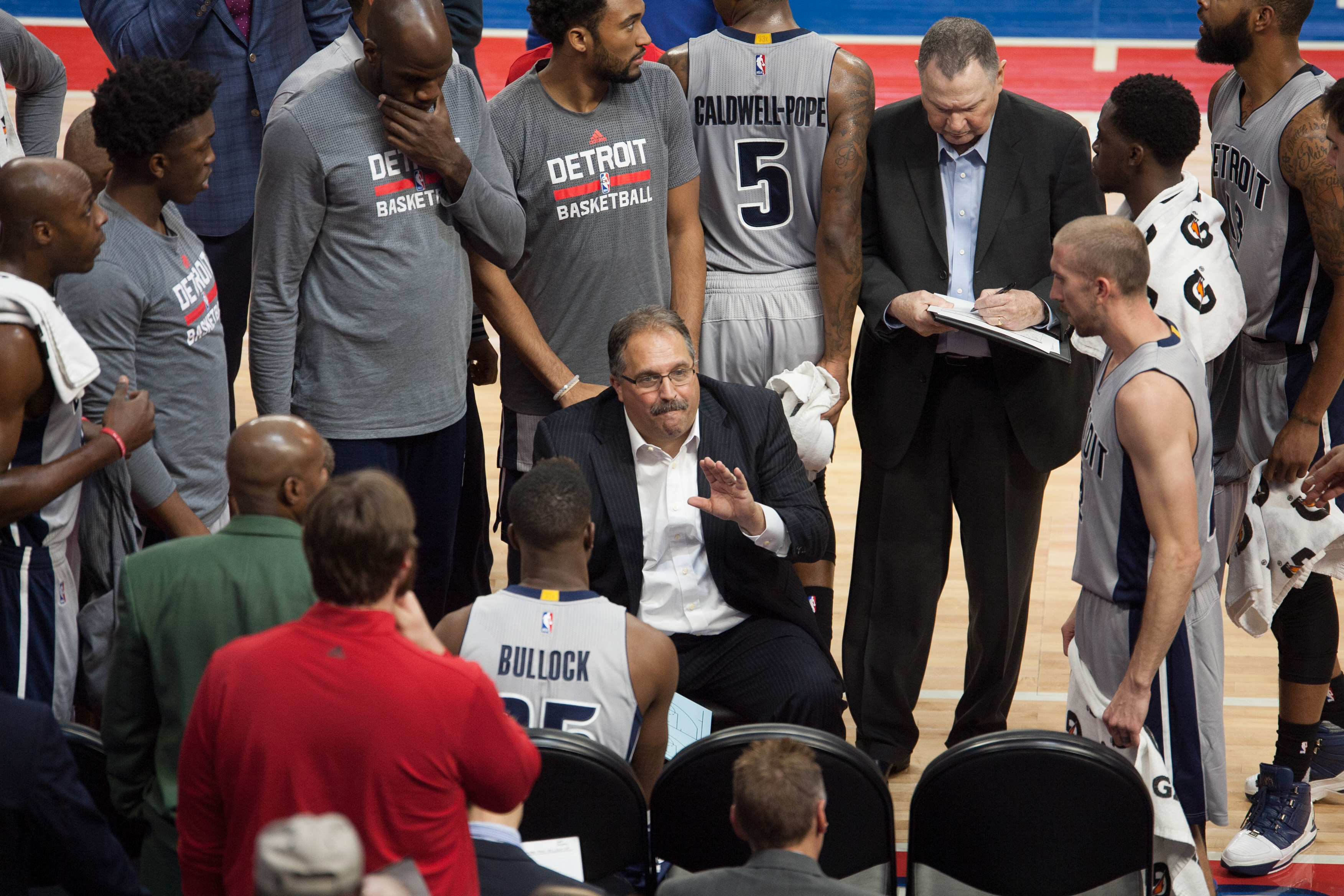 It’s only three games, all of which by the way, have been three wins, but the Detroit Pistons are beginning to give fans some real reasons to be optimistic about this season.

Again, as of Monday, Nov. 2, it’s only been three games and three wins, which is the team’s best start since the 2008-09 season.  In essence, for DEEEETROIT BASKETBALL! fans, the hot start gives them hope that maybe, just maybe, this will be a season that returns the Pistons to the playoffs.

While the NBA playoffs are five-plus months away, and at least 40 to 45 wins away for this team, it didn’t hurt that the Pistons opened the season with an impressive 106-94 win over the Atlanta Hawk – in Atlanta.  It was the same Atlanta team that won 60 games last year.  Yet, the Piston fought for a tough win, while dominating the Hawks on the glass, especially the offensive window.  The Pistons were led by center Andre Drummond, who scored 18 points and pulled down 18 rebounds.

On a back-to-back the next night, the Pistons, in their home opener, beat the Utah Jazz 92-87  This is the same Utah Jazz that has beaten the Pistons something like 57 times in the 91 regular season meetings between the two teams.

And last Friday, the tough Chicago Bulls paid a visit to The Palace of Auburn Hills to take on the Pistons, their longtime Central Division rivals.  While it took overtime to seal the deal, Detroit outslugged the Bulls 98-94 in overtime. 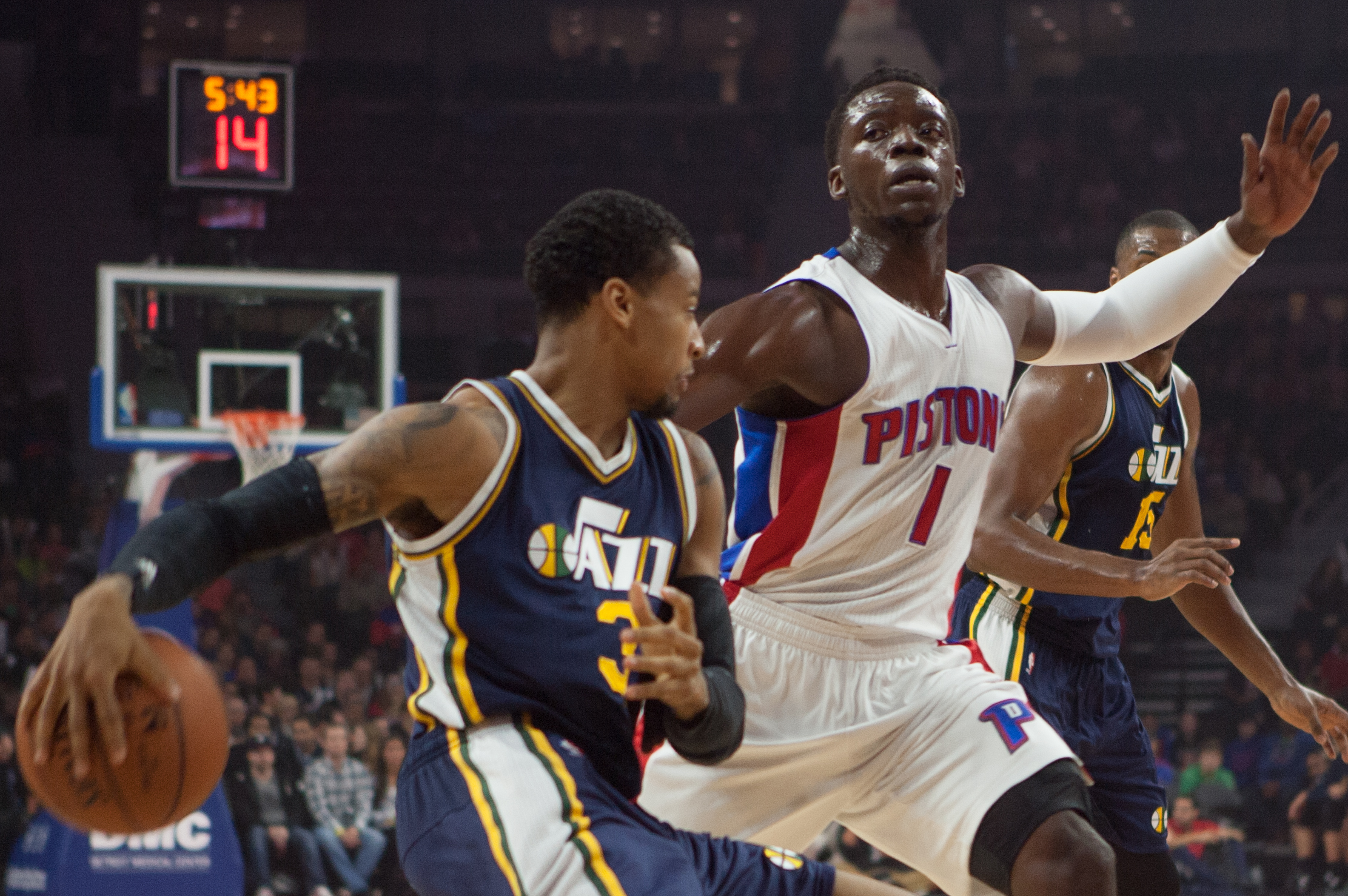 Interestingly, while the team has not shot the ball well in the three victories, hustle and defense have helped carried the Pistons to the wins.  Detroit has held all opponents under 95 points, while showing early that defense will be the staple of this team.

The offense has been another story; the team ranks low in most offensive category.  However, when a team pounds the offensive glass like Detroit has been doing, it gives the team extra chances to score – and to win.  Yet, for the season so far, the Pistons are shooting just 38.7 percent from the field, and only 67 percent from the free-throw line.

”I’m in charge of the defense, and my assistants, I’ve given them the offense,” Coach Stan Van Gundy quipped after the Pistons took care of the Bulls.  ”They’ve got to do a better job.”

Seriously, Van Gundy believes that the offense will improve with some tweaks here and there.

“I really think we will be better offensively,” said Van Gundy.  “We’ve had opened shots, but they didn’t fall.  We have to be more focused and keep working.”

Individually, Van Gundy has to be happy with Morris, who has averaged almost 18 points and close to eight rebounds through three games.  Drummond is averaging 18 points and leads the NBA with just over 16 rebounds through the first three contests.  Ersan Ilyasova has shown the ability to effectively play the Stretch 4 position, with a nice touch on his three-point shots.

Shooting guard Kentavious Caldwell-Polk (KCP) had a great scoring game against Atlanta, but stepped back offensively against both Utah and Chicago.  It should be pointed out, however, that KCP’s defense against Utah and Chicago, especially again Derrick Rose, proves why the Detroit’s shooting guard is perhaps the team’s best defender.

Yet, there’s a lot of basketball still to be played.  Following a home game against the Indiana Pacers (Tuesday, Nov. 3), the team embarks on a six-game, western road swing with games at Phoenix, Portland, with the defending World Champion Golden State Warriors, Sacramento, and with the two Los Angeles teams.

However, as a team that’s playing with noticeable passion, hustle, and defensive physicality, maybe Drummond said it best. “We want to send a message to the rest of the NBA,” he said.  “We will play 48 minutes of inspired basketball, every game and every night wherever we play.”