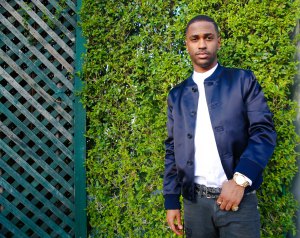 “I literally say thank you every day when I wake up,” he said. “Wherever I am– no matter what side of the country I’m on. I wake up and thank GOD for it all.”

Born Sean Anderson in Santa Monica, Calif., he moved to Detroit at the tender age of three months. Raised by his mother and grandparents on the west side of “the D”, Big Sean is an incredibly humble, hardworking, and principled man. He has not forgotten where he comes from, and based on the amount of times he name-drops the city in his songs and on stage, he will not let anyone else forget either. 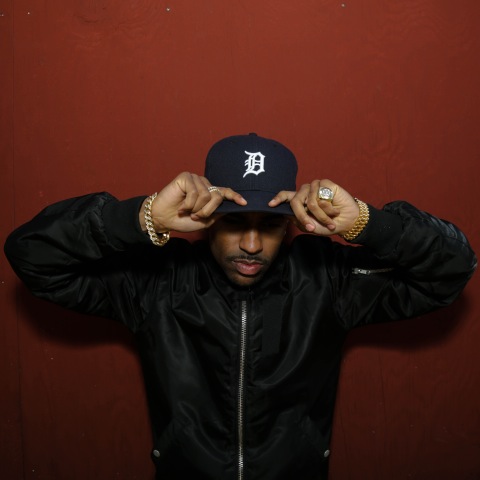 It’s that inability to forget that makes Sean special. When you speak to him, you get the sense that you are talking to a man who is wise beyond his years. His words are slow and deliberate, as if he is carefully considering each one before allowing them to pass his lips. This is a stark contrast from the rapid fire, silver-tongued type of delivery used in his songs. You can feel that he is firmly rooted in life and knows what really matters.

And what matters is family.

If you know Sean’s story then you how much his family has influenced his life. Especially his grandmother, Mildred V. Leonard, who made history as one of the first black female captains in World War II who later came home to fight crime on the streets as a Detroit Police Officer.

“She was the backbone of the family, for sure,” Sean said. “She was born in West Virginia and she came up from nothing. And she was just the best grandmother ever. She was the person who showed me that one man—meaning human—can change the world. She has seen Hitler and Obama in the same lifetime, and I just hope that one day I can make as big of an impact as she did.”

Making an impact is definitely on Sean’s agenda as he has consistently proven his dedication to helping others through the various works he has done throughout the city. He has given back in the traditional ways such as coat drives, turkey giveaways during the holidays, fundraising, etc. However Big Sean upped the ante over the summer when he partnered with Adidas to bring a recording studio to his alma mater, Cass Technical High School. The almost 800-square-foot state of the art Sean Anderson Studio of Infinite Possibilities is an accomplishment that he is very proud of.

“This was something I wanted to do to give back to my school. With the studio, kids can see that there are lots of opportunities within the music industry. Not everyone can or wants to be a performer, but you can be an audio engineer, a producer, a recording technician etc. I want the kids to know that they can do whatever they want, just be creative.”

It is this type of generosity and level of community involvement that has led the Michigan Chronicle to honor Sean as 40 under 40’s entertainment trailblazer.

“Being honored means a lot to me. It feels good to be acknowledged for something positive. It’s even cooler to be recognized by one of the country’s oldest African American publications,” he says.

“This feels like success more so than money and cars and I’m really happy about it. I have a deep history in this city. My grandmother would to go to the Chronicle and pick up papers to deliver them to senior citizens within the neighborhood so they could stay informed. So my connection to the paper and my desire to give back to the city is ingrained in me.”

For those aspiring to be a trailblazer, Sean offers this advice: “Give [of yourself] with intention behind it. Whenever you do something with intention, it gives you purpose and meaning. Having that meaning allows you to become fulfilled and that breeds success which will make you happy and there’s no ceiling on where you can go.”

It’s that type of thinking that enables Big Sean to see life as being full of infinite possibilities. To quote one of his hit songs, he is “way up and blessed”. 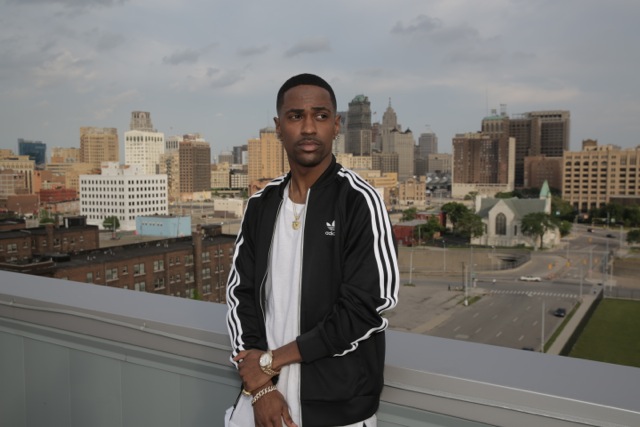 You can see Big Sean and hear more of his sentiments on success and philanthropy, as well as the other trailblazers, at the Michigan Chronicles 40 under 40 honors. The ceremony will be held on November 4 at 6pm inside the Garden Theater. Tickets on sale now at www.michiganchronicle.com.