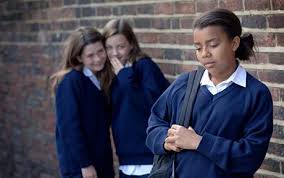 The quality of Michigan’s education system is debatable, yet on thing undebatable according to the numbers are the troubling amount of bullying incidents occurring in Michigan schools.

“I am happy to join other leaders at this press conference releasing new findings from Wayne State University researchers that show over half of Michigan school children report that bullying is still a problem at their schools,” said John Austin, president of the Michigan State Board of Education.

The Board has urged school districts across the state to implement anti-bullying programs since 2006. Only a select number of schools have complied with the board’s recommendation. In 2011, state legislation was passed forcing schools to take a bigger step in ant-bullying prevention.

School districts across the state have yet to take action with a streamlined process to track, monitor and minimize bullying.

“Michigan is also one of the five states with the highest percentage of high school students who reported being bullied on school property and is one of worst states for cyberbullying,” said Austin.