The Michigan Chronicle is proud to unveil 40 African American leaders under the age of 40 who have great vision, strong leadership, and a passion to empower others. This year’s 40 Under 40 award ceremony introduces the inaugural trailblazer award. The Michigan Chronicle will present a plaque to four ambitious leaders who are making moves as a Detroit native.
Among those being honored is Laurie Underwood who will receive the award for the fashion and style category on Wednesday, November 4th. Underwood’s inspiration for fashion developed at a young age. She attended a Baptist church in Detroit “where fashion was super important and everyone gets dressed up to go.”
As a little girl, Underwood mirrored her mother and other women around her who were very fashion-forward, ladylike, and who possessed a strong point of view. Looking back, she acknowledges she lacked certain resources such as fashion magazines and cable television, which introduced fashion across the world. But despite Underwood’s limited access, she would absorb every encounter with fashion with much excitement. Since fashion on a larger scale did not come easy to Underwood, she found the passion through her curiosity to explore fashion in ways she hadn’t imagined.
Underwood’s curiosity expanded as she watched her younger brothers draw action figures and heroes. She thought, “I can do that, but I want mine to be a girl, to wear a dress, and I want her hair to be cute.”
Underwood set out to attend Cass Technical High School, which offered fashion illustration and design.
“In that program I learned so much, and it prepared me to go to design school,” she said.
Prom season gave Laurie the ambition she needed to continue her goals as a fashion designer. The dress she wanted to wear exceeded the amount she could afford so she set up shop selling handmade handbags.
“The first bag I sold, I realized I could go into fashion,” she said.
After graduating Cass Tech, Underwood moved to Chicago to attend The Illinois Institute of Art.
“I began making dresses in 2008, I kind of bootstrapped and capitalized.” 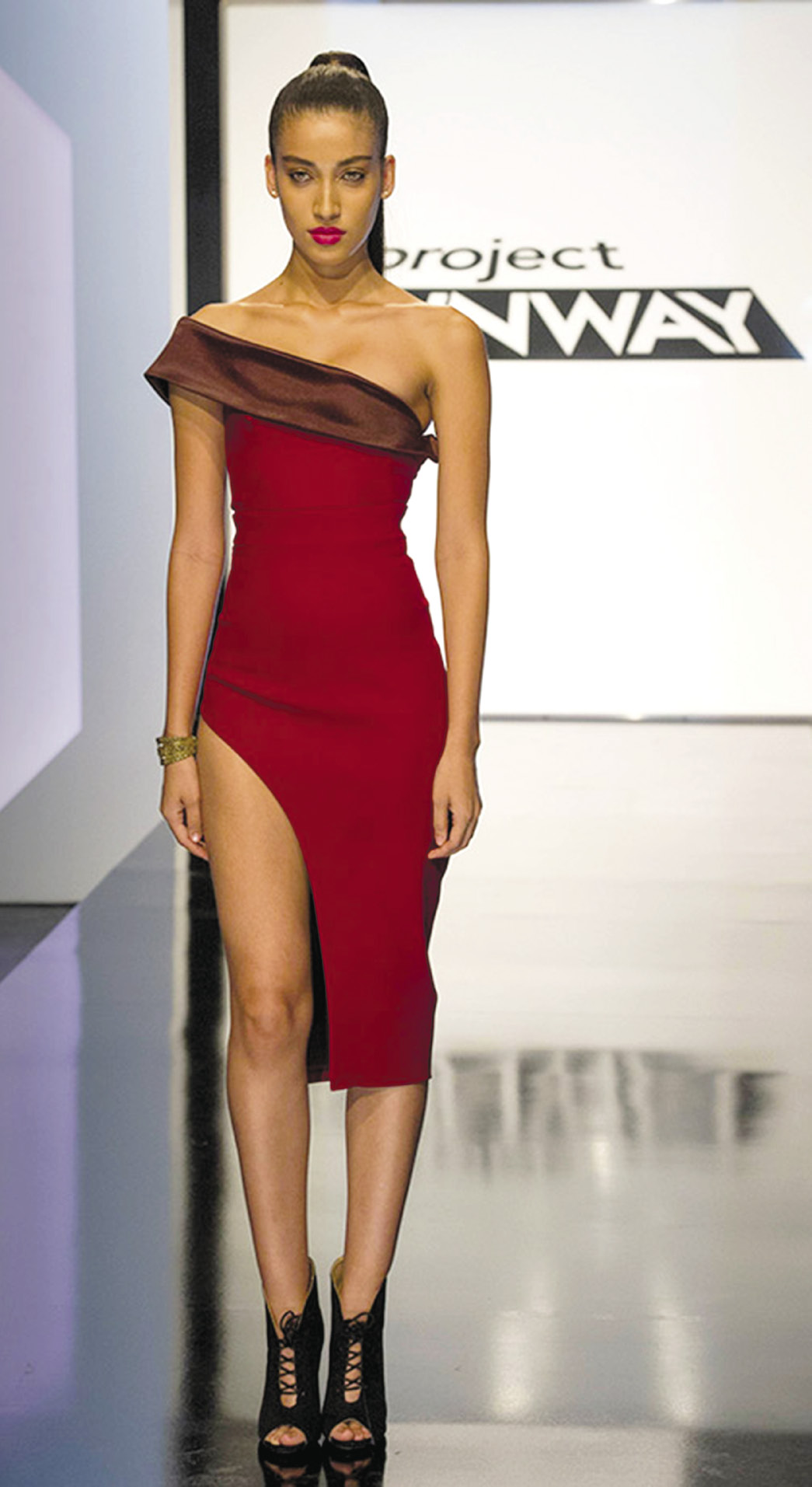 At this point, Underwood realized she could do fashion full-time and still make money. Getting rid of the ‘starving artist’ mentality was her first step into developing her full potential as a fashion designer. She poured energy into learning how to make a living as a fashion designer and focused on ways to accomplish her goals. Undewrwood was prepared to put in hard work and dedication while working her day job.
“I knew it would take a while to get here, because nothing happens overnight. I knew I’d have to work my nine to five, but I was still doing what I love and I knew if I kept doing it, I would be able to do it full-time.”
Underwood seized the opportunity to appear as a contestant on season 14 of the hit TV series “Project Runway” after she responded to a casting call email. The motivation behind her decision rested heavily on her thoughts from the day before: “Why am I here if I can’t do what I love? What type of existence do you have if you are unhappy?”
The day after her submission, Underwood received a phone call to audition for the show. She remembers being nervous at the audition, but she found it important to be herself.
“I didn’t want to go in and create a character or be something that wasn’t authentic, because they would be able to feel that,” she said.
The show is currently airing on Lifetime.


“Being from Detroit, you have so much to prove. Not to people who aren’t from Detroit, but who are from Detroit.”
Underwood feels proving to people in Detroit that anything is possible, regardless of what our city is going through, you can conquer and overcome. Most of Underwood’s family worked at ‘The Big Three’ as auto plant workers.
“I am a product of Detroit, living on the streets of Chicago,” she said.
Underwood can barely contain her excitement of being honored as a 40 Under 40 Trailblazer. She recalls being featured in the Michigan Chronicle at the age of 16 for Miss Michigan.       “Where I started is recognizing me again. I remember my mother telling me that the Michigan Chronicle was a black publication in Detroit and I thought it was so amazing and now it’s even more amazing.”
Underwood’s advice to those who are trying to follow in her footsteps is to believe in yourself.
“It’s one of the hardest things to ever do when following your dreams. Work on believing in yourself and others will believe in what you have to offer.” 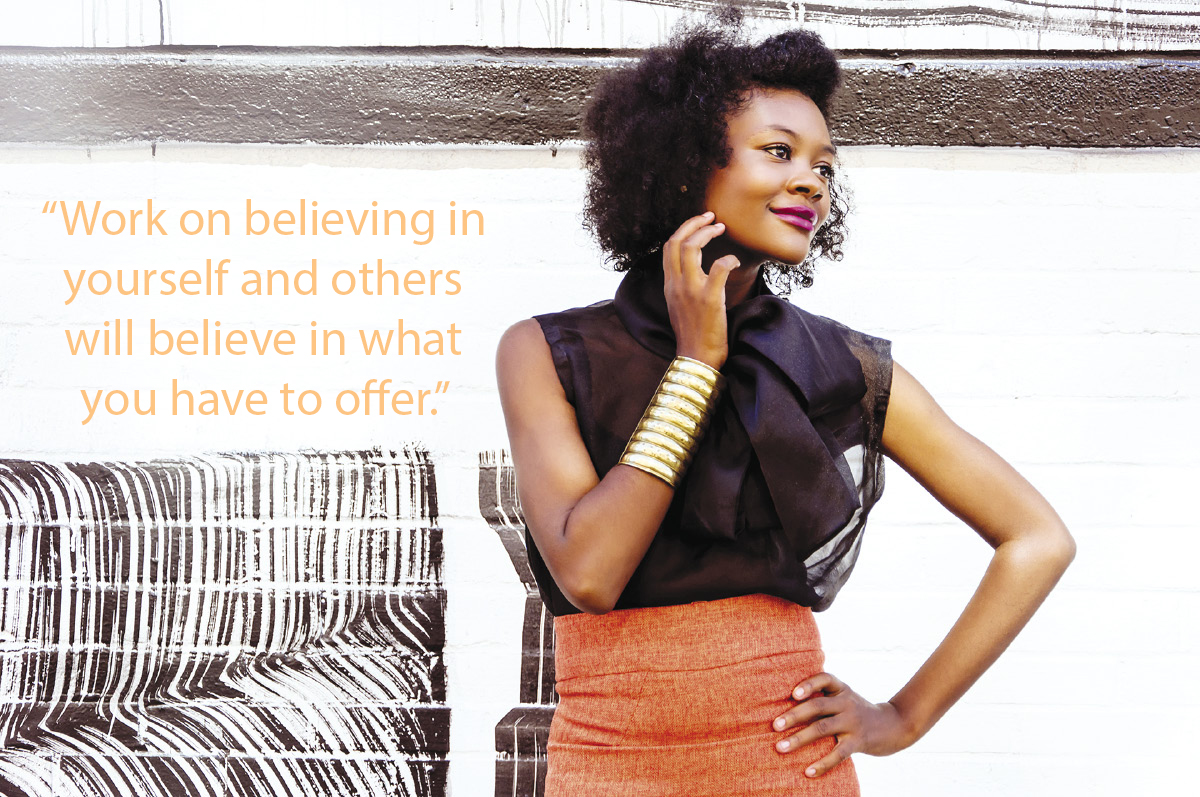