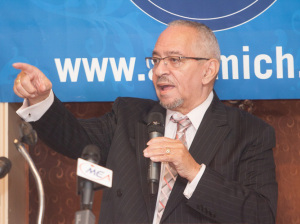 Former NBA All-Star Lamar Odom, the former ex-husband of Khloe Kardashian, was rushed to a hospital after being found unconscious inside a Nevada brothel.

Odom, a former teammate of Kobe Bryant with the Los Angeles Lakers, was airlifted to a local Nevada hospital, the Los Angeles Times reported. An incident involving Odom was also confirmed by the Nye County Sheriff’s Office, and an official statement is expected shortly.

Paramedics rushed to Odom, 35, spent days partying at an adult entertainment establishment in Pahrump, Nev. Sources told TMZ Sports that paramedics intubated Odom, a sign he may have struggled to breathe.
Odom was later airlifted to Las Vegas for further treatment.
The former versatile power forward was documented as descending into a dangerous world of freebasing on coke and other potent drugs as his marriage to Kardashian unraveled, some of which was shown on the “Keeping Up With the Kardashians” reality show.
Odom was the fourth overall pick in the NBA draft but last played in the NBA in 2012-13, when he helped the in-town rival Clippers reach the Western Conference semifinals. Since his departure from the league, Odom has been arrested on suspicion of driving under the influence and repeatedly tied to reports of illicit drug use and cavorting with a bevy of wayward women while he was married to Kardashian.