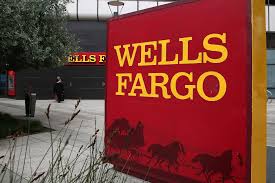 Diverse consumers feel optimistic about the current U.S. economic outlook, according to the third “How America Buys and Borrows” survey by Wells Fargo & Company (NYSE: WFC) and Ipsos.
Eighty-eight percent of diverse consumers surveyed report having a positive outlook compared to 79 percent of the combined general population – a seven percent increase from last year. This is the second wave of data Wells Fargo has released as part of its annual support of the American Bankers Association’s Get Smart About Credit campaign.
When asked about personal finances, on average 60 percent of African American, Asian and Hispanic consumers said they expect their financial situation to be “somewhat” or “much” better a year from now, compared to 48 percent of the combined general population.
The survey, fielded in June 2015, measured the attitudes and behaviors of more than 1,000 African American, Asian and Hispanic consumers about finances and managing credit.
“Our vision of helping customers succeed financially means making sure they know where to go for the information and resources they need to take charge of their credit. That’s why we support Get Smart About Credit month to ensure we’re highlighting the tools and resources they need to make informed credit choices,” said Shelley Freeman, head of Wells Fargo’s Consumer Credit Solutions group. “With optimism high, it’s especially important that we continue to offer our diverse customers access to the information and resources they need.”
Survey results – diverse communities more hopeful than combined general population
When looking at diverse communities, the findings unveiled that, similar to the combined general population, diverse consumers believe credit can help them achieve their financial goals if used responsibly. However, diverse communities vary in how proud they are of their own credit scores.
Among the combined general population, 51 percent of consumers report feeling proud of their credit score, however 59 percent of Asians, 34 percent of African Americans and 48 percent of Hispanics report the same.
Though diverse consumers are optimistic, their confidence levels are lower. Fifty-one percent of Asians, 46 percent of African Americans and 53 percent of Hispanics report feeling they may not know enough about making good borrowing decisions compared to 58 percent of the combined general population.
10 Tips to Get Smarter About Credit
Good credit helps with more than borrowing. It can factor into everything from renting an apartment and getting a cell phone to landing a job. Lenders, landlords, utility providers and employers can all review credit reports when making decisions.
Here are 10 tips to help manage credit:
1. Monitor your credit regularly
2. Know your credit limits
3. Know that good scores = good rates
4. Don’t make late payments
5. Know your debt-to-income ratio
6. Start with a college or secured credit card
7. Pay down highest interest rates first
8. Live within your means
9. Pay more than the minimum
10. Set up account and autopay alerts
For more information about ways to establish or improve credit – or better manage debt – consumers can visit Wells Fargo’s Smarter Credit™ Center online and our free financial education program, Hands on Banking®.