This October, the nation will recognize the 20th anniversary of two cultural touch points, but in very different ways.
On Oct. 10, the Million Man March will be both celebrated – appropriately – as a milestone on the road to fairness and justice, then refashioned anew to capture a new generation of activists and a new generation of issues. The new march will be covered live, tweeted, Facebooked and analyzed for days as the old one will be thrust into perspective on how far, or not, Black America has progressed since.
Meanwhile, a California jury’s decision to acquit Orenthal James “O.J.” Simpson of the murder of his ex-wife and another man, and the resulting tempest it caused, was just a blip on the radar of the news cycle on its anniversary, Oct. 3. It will be seen for what it was: a media circus that captured the nation with a highly controversial outcome. (And after O.J.’s 2008 conviction for a robbery, a perfunctory update on what prison cell he is slowly dying in, and what salary he makes for kitchen duty.)
Yet, of those two events that took place within a two-week period in 1995, it is the latter that has had the most lasting and significant impact on American politics and culture, both good and bad.
For all its “Trial of the Century” hoopla and celebrity salaciousness, the O.J. Simpson trial and verdict became a powerful symbol for race and justice and fairness in America, even if the person embodying that symbol was undeserving of the pedestal on which he stood.
After decades of cases, from the Foxboro Boys to Emmett Till, Black people had deep memories of trumped up charges, homegrown “justice” without juries and the guilty gone free, especially when the victim was Black and powerless. That O.J. was being vilified before being found guilty got to the heart of what Black America had always suspected: That, no matter how wealthy, connected and powerful you were as a Black man, you would never be fully accepted, especially when you were up against a wall.
The now infamous scenes of celebrations of his victory had little to do with O.J. Simpson, or even broad acceptance of the notion that he was innocent. Rather, it was a collective sense that he had beaten the system at its own game, with its own tools of power, money, fame and influence. Likewise, its polar opposite, the split-screen view of Whites crying in despair over the verdict touched off a sustained social and cultural split that lingers today.
By contrast, the Million Man March, which was regarded broadly as successful in tone and spirit, is glass-encased as a moment to remember – but its results are tougher to quantify.
According to historian and writer William Jelani Cobb, director of Africana Studies at the University of Connecticut: “We could trace a direct line from that case to the modern sense among whites that they are the primary victims of racial discrimination, and the enmity of the Obama era. Certainly, we don’t see contrition and atonement as major themes in Black politics currently. The affirmative action debate in California was likely shaped or at least influenced by the post-O.J. racial climate. It would be hard to point to legislative or social impact from the Million Man March.”
On some level, as a case that unfolded on television, Simpson’s trial could be seen as the spark that more greatly attuned Black 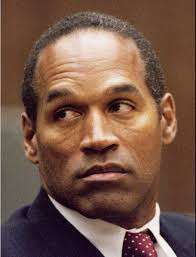 America to the workings of the justice system. If the Rodney King verdict left people confused, the O.J. trial provided every small detail, turning Americans into armchair attorneys and analysts. From Trayvon Martin to Michael Brown to Freddie Gray, Black people have grown highly sophisticated in vague issues of case law and, more importantly, their rights. That knowledge has, in part, fueled protests and activism since.
For better or worse, the O.J. victory – or, more specifically, attorney Johnny Cochran’s victory – also launched an era of the Black legal genius at the forefront of change as well as the “dream team” style of courtroom strategy. It many ways, it flipped the strategy of first resort when people are in high-profile race-related trouble from “Call the NAACP” to “Call the Best Lawyer” and widened the door for prominent attorneys, such as Billy Murphy, Willie Gary, Ted Wells and Benjamin Crump.
Oddly enough, the two events are interconnected. The call for the Million Man March was partly fueled by tension from the trial and the sense that justice was also on trial. Later, what was reported to be lackluster planned attendance to the march was kick-started in large part by the verdict and a renewed sense that, Black people could fight authority and win, if only temporarily. So much so that there was high anticipation that both Cochran and Simpson might attend.
As Cobb recalls: “At the march, they were passing out a poll asking people who they thought were the most the effective Black leaders. The poll included the usual suspects – and Johnny Cochran.”