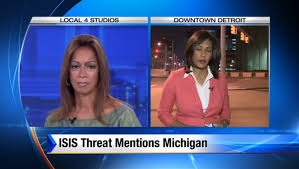 I believe from the bottom of my wish-it-weren’t-true heart that if a cure for cancer was finally found, the televised local news would report it something like this: “Medical researchers today announced that there has been a breakthrough in the centuries-long effort to discover a cure for cancer.”
So far, so good.
Now the clincher:
“More on that important story later. But first, this breaking news. There has been a double homicide on the city’s west side.”
Priorities!
COMMENTARY
And, for me at least, therein lies the problem. An overabundance of sensationalistic, negative, sometimes downright depressing news stories, often reported in rapid-fire succession, sometimes prompting me to switch to another station. Anything but news.
One insightful author wrote, “The news is designed to frighten people and in between, the commercials want to sell you something.”
An oversimplification, but a point to ponder nevertheless. And what effect does the excessive bad news coverage have on kids?
Some visitors to Detroit, no doubt, must watch the news and wonder if they are safe here. And I believe that Detroit’s scarred image — and thank God it’s getting better — has more than a little to do with the way the media all too often has presented it.
Those of us — admittedly a minority — who are sensitive with regard to what is fed to the mind, know the danger of watching the (bad) news first thing in the morning or just before going to bed. In the former case, the bombardment  could conceivably put a damper on one’s day, or at least get it off to a bad start. In the latter, gloomy news would have plenty of time to fester as one sleep.
Sometimes I feel that the news anchors and on-the-scene reporters secretly do not like having to be the bearers of bad news so relentlessly, but paychecks speak. And there are times when certain news anchors are clearly feigning concern.
Now, this is not about not facing the truth or believing that negative news should not be reported. I just think there should be a better balance. The saying, “If it bleeds, it leads,” should not be true, but too often it is.
Sadly, this is what a majority of television news watchers want. The ratings clearly indicate that. But is it a natural wanting or one that has been developed from constant exposure to it?
One does not have to watch the TV news to know what’s happening. In the course of the day, I will hear about what’s going on, by way of the Internet, the conversations of coworkers or other means.
OK, occasionally I do watch TV news, particularly if something really big has happened, and there is nothing salacious about it. But more often than not, there is something else I would rather be doing.
And now that the major issue has been expounded on, there is a minor complaint — the irritating, sometimes forced, banter between news anchors, and I know that’s being picky.