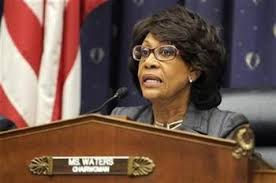 Mandatory minimum sentencing is an out-of-touch, unfair mechanism in the criminal justice system that disproportionately affects people of color, U.S. Rep. Maxine Waters (D-Calif.) argued during a forum entitled “Mandatory Minimums: New Opportunities for Criminal Justice Reform” at the Congressional Black Caucus Foundation’s 45th Annual Legislative Conference on September 17.
“Judges and others deserve the opportunity to look at each individual and their case, understand something about them, and make the decision based on the facts that have been presented to them,” Waters said. “There should be no ‘cookie cutter’ in justice when you have to look in the book and be ‘OK, and this is what we’re going to do.’ If you can do that you don’t need a judge.”
Waters was assisted by attorney, author, and professor Charles Ogletree, of Harvard Law School, and a panel that included Nkechi Taifa, senior policy analyst for the Open Society Institute; Marc Mauer, of the Sentencing Project; David Keene, of The Washington Times; Sarah Godfrey, research director of the FAMM Foundation; and Kemba Smith, founder of the Kemba Smith Foundation.
Waters called Smith her “poster child” due to her personal story of going from a Hampton University student to a drug dealer’s girlfriend, an association that landed her in federal prison. Smith was given a 24-plus-year sentence but served only six-and-a-half years due to worldwide advocacy on her behalf.  Former President Bill Clinton reduced her sentence and she was released in December 2000. Smith comes to Washington every year to lobby for the reversal of the disturbing trend in the rise of lengthy sentences for first-time nonviolent drug offenders.
“She’s someone who has suffered unfairly and was incarcerated but came out swinging, who came out fighting, and continues to fight,” said Waters.
Also present was Gwen Carr, mother of Eric Garner, who was killed in a chokehold by white New York policeman Daniel Pantaleo on July 17, 2014. Carr and her husband, of Staten Island, N.Y., received a standing ovation from the audience.
“I wanted to come because this all involves us,” Carr said. “We don’t know when we will have a loved one or ourselves involved in minimum incarceration.”
Waters said she has set up forums for mothers and families across the country whose relatives were killed by police. Her goal is to get real personal input rather than what has been said in the media.
“Police are using the power of the gun and the badge to kill black males,” Waters said.  “If you’re black, African-American, a minority, you stand to be arrested more than anybody else.  There has to be a revolution in the criminal justice system.”
The congresswoman said that in addition to reforming the laws, more money is needed to hire lawyers for unfairly targeted and punished defendants. She urged attendees to continue advocating on behalf of those swept up in the system.
“Let’s not give up on our people; let’s not give up on our young people, in particular,” Waters said. “We cannot afford to keep losing our folks and our young parents to this senselessness. We cannot continue to keep our families broken up and separated and have them locked up for long periods of time.”