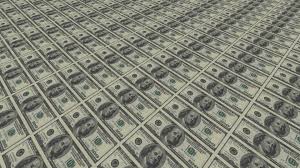 The explosion of “dark money” spent in the political system in the United States threatens racial equity in the United States, making it harder for blacks and other minorities to gain a foothold in the middle class and fully participate in the democracy, according to a recent report by Demos, a public policy group.

“Between 2007 and 2012, 200 of America’s most politically active corporations spent a combined $5.8 billion on federal lobbying and campaign contributions. [But] what they gave pales compared to what those same corporations got: $4.4 trillion in federal business and support,” the report said.

The Demos report said that since the ruling dark money has flooded into the system and in 2016 it’s only predicted to get worse. Dark money is generally defined as funds given to nonprofit organizations to influence elections without the group disclosing the sources of the their funding.

The report said that political donations could influence lawmakers on a number of critical issues that have a significant impact on communities of color, including the minimum wage, paid sick leave, and criminal justice reform.

“Secret corporate political spending threatens the integrity of our democratic self-government, as those with the deepest pockets can overwhelm other voices,” the report said. “This financial influence leads to the needs and wants of corporations being prioritized and can skew important public policy outcomes, often in ways that perpetuate racial inequities.”

The report noted that taxpayers foot the bill for government contractors who can then spend money on programs and lobbying efforts that do little to benefit people of color.

“Hundreds of billions of dollars in federal contracts, grants, loans, concession agreements, and property leases go to private companies that pay low wages, provide few benefits, and offer employees little opportunity to work their way into the middle class,” the report said, and because people of color make up a disproportionate share of the low-wage workforce they are directly impacted when companies argue against raising the minimum wage.

The biggest players in the for-profit prison industry also seem to benefit from their relationships with elected officials, but current regulations prevent the public from knowing the full extent of their political expenditures.

Citing research by the Center for Responsive Politics, the report said that Corrections Corporation of America (CCA), The GEO Group, Inc. (GEO), and Management and Training Corporation (MTC) spent $3.698 million on lobbying federal officials. The PACs and employees of these companies contributed $552,636 to federal campaigns in 2014.

Even though whites account for 62.2 percent of the U.S. population, more than 82 percent of Congress is white, the report said. Roughly 14 percent of the population identified as black, but blacks account for less than 9 percent of U.S. lawmakers on Capitol Hill. Because companies are more likely to spend money to elect white candidates instead of minority candidates, underrepresentation of minorities in political offices is sure to continue despite shifting demographics.

“This order would be an important first step in bringing corporate political spending out of the dark and into the light, to illuminate what candidates are in the pockets of big businesses with interests that diverge from those of the American public,” the report said, “and, in particular, people of color.”