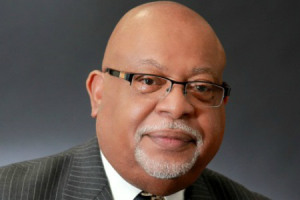 Writing your own obituary is a popular exercise in many journalism and English classes. Professors often believe it’s a way to get students to focus on future goals and envision what their lives will become.

What will people say about you when you make your transition to the afterlife? Or, as a journalist would simply say, when you die?

You may want to be remembered for making the best peach cobbler and beating almost anyone at chess. You would hate if someone wrote, as we too often see, that you accepted Christ at an early age. You may want people to know you actually were 10 and your mother pressured you to do it, but they may too engulfed by grief to recall.

So why not write your own obituary while you’re still among the living? One thing’s for sure, we all are going to die.

Writing your own obituary is a national trend, and Legacy.com publishes hundreds of “selfie obits” in newspapers across the country each day.

Maybe you’re a funny person and want to reflect that in your final resume.

Ken Akers wrote this for the Charlotte Observer: “Ken Akers kicked the bucket on Wednesday, June 1, 2011 at his home in Charlotte, N.C. He was old. So old he remembered black and white television, gas for 10 cents a gallon and Mickey Mantle’s rookie season…Akers was a hopeless romantic and a hapless husband. He was married twice. Neither marriage produced any children or any particularly fond memories.”

Maybe you would rather be inspirational. The late Martha Jimmar Christmas, who recruited more than 3,000 students from St. Louis to attend Alabama A & M University, wrote a beautiful obituary that ran in the Florence Times Daily: “At the age of 12, I was baptized in the southern African-American tradition. In a creek with clear water running over rocks, birds singing flying overhead and beautiful shade trees as saints stood on the bank praising God.”

If you decide to write your own obituary, here’s how to get started: