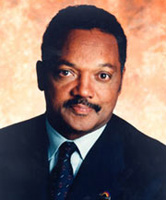 On August 6, the Voting Rights Act, keystone of the civil rights movement, will mark its 50th anniversary. This was an act, passed in the wake of the “Bloody Sunday” demonstrations in Selma, designed to correct, as President Lyndon Johnson stated at the time, “a clear and simple wrong.”
“Millions of Americans are denied the right to vote because of their color,” he said. “This law will ensure them the right to vote.”
But now, 50 years later, it is not time to celebrate that achievement; it is time to demonstrate against the concerted campaign to undermine it.
In 2006, after extensive hearings, the Senate reauthorized the temporary parts of Voting Rights Act unanimously. It passed the House with only 33 votes against it. President George W. Bush reaffirmed his commitment to enforce it. But the campaign to reverse or undermine the voting rights of people of color never ends.
After the Civil War, the 15th Amendment, ratified in 1870, guaranteed former slaves the right to vote and gave Congress the power to enforce that right on the states. Blacks voted in large numbers. Black candidates were elected to state legislatures and even to Congress. The white response was brutal. The Ku Klux Klan terrorized blacks trying to vote. Southern Democrats took back statehouses and city councils and passed a range of measures to lock blacks out of voting: poll taxes, literacy tests, double primaries and at-large districts.
In 1965, the Voting Rights Act changed this. Black voter registration surged across the South. Under Section 4, the states that had a history of voter discrimination were put under special Section 5 scrutiny, with the Justice Department requiring pre-clearance of any laws affecting voting.
Yet, as Jim Rutenberg summarizes in “Overcome: A Dream Undone” in the New York Times Magazine, the campaign to undermine the act began before the ink was dry on its signing. Republicans launched their Southern Strategy, making themselves the party of white sanctuary. Then, to win elections, they set out to find ways to weaken the Voting Rights Act and constrict the right to vote.
The five person right-wing majority on the Supreme Court led the way. In Shelby County, Ala v. Holder, Chief Justice John Roberts gutted the preclearance provisions of the Voting Rights Act, arguing — despite detailed congressional findings to the contrary — that discrimination in voting was no longer a problem.
That opened the floodgates. Republican-dominated state legislatures across the country immediately passed laws to constrict the right to vote. They demanded official ID that African-Americans lacked disproportionately, cut days for early voting, reduced voting on Sundays, ended same-day registration, invalidated students IDs for voting and more. They gerrymandered districts, revived at-large elections and other means to reduce the voting power of people of color. It is simply obscene that Republicans have devoted themselves to creating obstacles to voting to help them win elections.
The right to vote protects all other rights in a democracy. Yet the Constitution does not explicitly guarantee an individual right to vote to all Americans. The 15th, 19th and 26th Amendments only outlaw discrimination in voting on the basis of race, sex and age. All other aspects of voting are generally left to the states and localities. While the 1965 Voting Rights Act was rightfully hailed as the most important law of the 20th century, the fundamental right to vote for all Americans is still an unfinished task.
Selma moved us forward, but Shelby has pushed us back. We’ve gone from protecting the right to vote to suppressing it. It took a grassroots voting rights movement to gain a Voting Rights Act. It will again take a grassroots voting rights movement to add a right to vote amendment to the U.S. Constitution on the road to a more complete democracy.