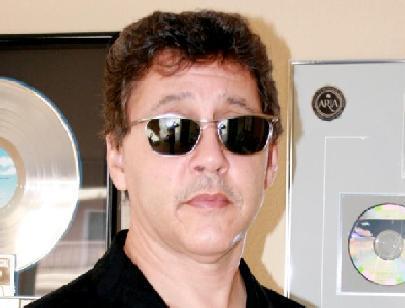 The major recording companies in the U.S. have shrunk by 50%
within the last 10 years. Only Universal, Sony and Warner Bros. Records still exist.

Most of the smaller companies have been gobbled up years ago and labels like Motown Records, Capitol Records and Def Jam are nothing more now than glorified “Production Companies.”

Major record companies use to spend millions of dollars searching for that next “breakout artist” who was performing in a small venue in New Orleans, Portland or St. Louis and when they found that special talent, the executives at the label spent countless hours grooming them for potential stardom.

The A&R directors at the major labels were the most important part of success at any major company because it was their job to discover the new talent, work with the new artists, selecting producers and writers, selecting recording studios, selecting mixing and mastering engineers, and helping to form the visual content for the various artistsʼ debut videos.

Today, 95-98% of all A&R directors do none of the functions that I have just mentioned above. They are nothing but conduits for guiding paperwork through the respective systems they work in.

The vast majority of A&R directors could not identify a hit record if their lives depended upon it.

These so-called creative directors have been put in these positions to be a buffer for the major record label executives who want no contact whatsoever with Rap artists from the streets. The presidents of the major labels know they can’t exist without Rap artists on their respective rosters, but they avoid contact with them
unless it is absolutely necessary. See “Chief Keef.”

The A&R directors main function these days is to charge up their cell phones to wait for a call from a person “really in the streets discovering new talent” so they can rush out with a company check book to offer up a recording contract. Then if the Rap act is really on the verge of blowing up, the A&R director gets his/her boss in the picture and they both ride up to the new act and their manager and
they promise them “freedom to do their music” and “unwavering support” from within the organization if they decide to accept the major label’s marriage proposal. Both statements are bold face lies. See “Chief Keef.”

Therefore, I ask the question: “Why do major labels still have A&R positions?”

To be considered for the position of A&R director, the candidate should either have experience as a hit producer, artist or writer. Anyone else who takes the position without those qualifications was just put there by a powerful friend within the company.

I even look at the A&R positions that are filled with people who are not from the inner city and have no attachment to the music or people who record it, but they have the power to pass out checks and usually they give the opportunities to the wrong people who eventually screw up everything. With just a little street insight,
they could have avoided the inevitable outcome of failure. That’s exactly why 90% of all records released are economic failures. Just take a quick look at who heads these departments in many instances and who heads the programming departments at most Rap radio stations…. “Non-Black People” such as accountants, lawyers, marketing people from the suburbs, and wanna-be producers, artists, and musicians. These are the people who are deciding what
music should be played. To me, that’s like taking “Snoop Dogg” and telling him to hit the Nashville scene to discover the next “Bluegrass breakout artist.”

Again, I ask one question… “Why can’t these corporations find qualified people to fill these jobs?”

Rap music is from the “streets”… the “inner city”… and the major labels have “frauds” in those positions who need to be removed immediately. The only thing they specialize in is telling lies and half-truths. Usually these guys are NOT from the streets or they were linked to someone who “was from the streets” and they attached themselves to that person to be accepted.

Here is my solution to the problem:

Put some “real intelligent guys from the streets” in those positions and let them select the music to be released in the Rap world. Remove the legal people, the accountants, and the people who are NOT from the streets, and let the real talent shine in the Hip Hop culture.

There is room for all types of Rap music on radio. Maybe if we can get some authentic folks in Rap music into those positions we would not have the dismal record of Rap flops we have and the culture could be represented better.