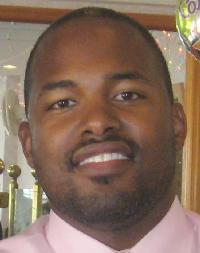 If you had never heard of Donald Trump and his over sized ego, you might think it possible that he is playing a role to help the more viable Republican Presidential nominees look more palatable.
The thing about Trump’s shortsighted (if we are being kind, ignorant if we are being truthful) comments about Mexican immigrants (yes his comments were not just illegal immigrants but all Mexicans) is that it allows every other candidate to use common sense and claim a sensible position on immigration. They can thereby look sensible while Democrats seem radical by comparison. It’s really brilliant.
That is the advantage that candidates like Jeb Bush or Rick Perry have over Hillary Clinton. They already claim the moderate space within Republican circles so they can allow people like Trump or libertarian ideologist Rand Paul expose themselves as less electable; and I like some libertarian ideas.
On the other side of the aisle Hillary Clinton is running almost unopposed at this point. She presumably has most of the power brokers in the Democratic party already on her side, she has the popularity and success of her husband’s presidency, and she has Secretary of State as a line on her resume. It is not really surprising that no one is rushing to try to take on the juggernaut that will be her campaign. It is also not surprising that she has no where to go but down in the eyes of all but the most die hard of liberal voters.
Without someone on the fringes to forward crazy left wing ideas (mandatory abortions until a woman reaches 30 years of age to ensure that they are more emotionally and financially ready for parenthood – and for the record I made that up; I don’t know of any liberal politician that supports such a policy) like Trump has done and will continue to do on the right, Hillary is left to balance sounding liberal enough to keep her momentum while remaining electable in the general election.

Front runner status is not a cakewalk until the national convention. Especially not this early (460 days until election day). Already we see the press with nothing else to report about Clinton that she has restricted their access; or from a different perspective you might say that with nothing else to do Clinton has restricted the press’s access to her campaign – either way. I’ve never been a reporter but I can’t imagine that this is the kind of thing that is so unprecedented and/or important. Of course reporters need to be able to do their job, that’s not the point. But since when do they get to go wherever they want whenever they want around front running presidential candidates? Nevertheless it’s a story. And it won’t be the last sort of nit-picky thing that is brought up regarding Clinton.

This seems familiar. We saw how she handled being the front runner in 2008 and here we are 7 years later after Obama wrenched the support of the Democratic party away from her. It is simply not feasible for her to think she can remain on point for the next 16 months. So either Hillary Clinton is a bad presidential candidate and not meant to be president or she needs to disappear as much as possible for the next few months.
Good luck Mrs. Clinton. You’ll need it.