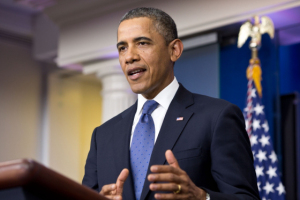 The highest court in the land has made a historic decision today according to reports, the United States Supreme Court ruled gay marriage is legal nationwide.
In a 5-4 decision, Justice Anthony Kennedy writing for the majority ruled that marriage is a constitutional right for all.

“Gay and lesbian couples have a fundamental right to marry. No union is more profound than marriage,” he wrote, backed by the court’s four more liberal justices.
He also said the same amendment’s equal protection clause “prohibits this unjustified infringement of the fundamental right to marry,” noting the court’s 1967 ruling in Loving v. Virginia – which invalidated prohibitions on interracial marriage – contained a similar finding.
The decision affirmed growing public support in the U.S. for gay marriage, with the number of states allowing gay marriage swelling most recently to 37 — that is, until this ruling.
The justices ruled in Obergefell v. Hodges, which is linked to three other same-sex marriage cases that rose up through the court system. Together, they involve a dozen couples who challenged same-sex marriage bans in Ohio, Michigan, Kentucky and Tennessee.
April DeBoer and Jayne Rowse, plaintiffs from Michigan, took to the courts after they took in four special-needs newborns who were either abandoned or surrendered at birth, but could not jointly adopt the children because Michigan’s adoption code requires that couples be married to adopt.
In response to the Supreme Court’s decision, POTUS Barack Obama stated, “‘Today Is A Big Step In Our March Toward Equality.” WATCH HERE.
[ione_embed src=https://www.youtube.com/embed/Ac7Ufs0YnAs service=youtube width=560 height=315 type=iframe]