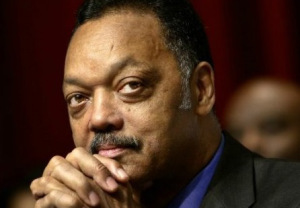 Now it is Baltimore.  There Freddie Gray, a black man, was stopped on the street, pinned to the ground, dragged to the back of a police wagon, and died in police custody.  Six officers were suspended.  The Mayor promised justice.  But the city erupted in non-violent demonstrations that turned ugly, despite Gray’s family pleading for peace.  Over three dozen were arrested.  “Oh, Baltimore,” sang Nina Simone in 1978, “Ain’t it hard just to live.”
Baltimore is a tale of two cities.  The Inner Harbor now glimmers with new restaurants, new condominiums, the stadiums that house the Ravens and the Orioles.  West Baltimore in contrast is marked by boarded up stores, abandoned homes, and too many people with no hope.  The jobs are gone; the schools crowded, the streets harsh.  Here the police – many of whom live in the suburbs – are tasked with waging a war on drugs and enforcing order.  The inevitable result is a tinderbox, a spark away from bursting into flame.  One incident of police misbehavior from eruption.
We’ve been here before; Baltimore is not unique.  We’ve seen Michael Brown in Ferguson, Missouri, Eric Garner in Staten Island New York, Trayvon Martin in Sanford Florida.  Now that demonstrations have put the question of police violence on the front pages, each week brings another horror, another victim, another injustice.
Much focus has been put on cameras as a technical fix, but we need a change of culture, of character, of circumstance.  Police need new training, and a new relationship with the communities they patrol.  But at the end of the day, police are not the answer.  They are the occupying force, but they are not the cause of the underlying distress.
We’ve been here before too.  In 1968, after race riots had erupted in Watts,  Chicago, Detroit and Newark, Lyndon Johnson convened the Kerner Commission to investigate the causes of the riots.  The Kerner Report described a nation “moving towards two societies, one black, one white, separate and unequal.”  It called for better training for the police, but also for new jobs, new housing, an end to de factor segregation. Police misbehavior was often the match that sparked the eruption, but there would be no answer without fundamental change.
Baltimore and America have changed, but for too many in our ghettos and barrios, the reality is the same.  The New York Times reports on 1.5 million “missing black men,” one of every six aged 24 to 54 who have disappeared from civic life.  They are either dead or locked away.  Jobs have dried up as manufacturing plants closed and where shipped abroad.  Mass incarceration – with African Americans still suffering from racial profiling and injustice – destroys possibility.   The official black unemployment rate is twice that of whites, but that does not even count those who want a job but have given up trying to find one.
The stigmatization of African Americans continues.  African American children are more likely to be suspended for the same misbehavior than whites.  African American men are more likely to be stopped, more likely to be arrested if stopped, more likely to convicted if arrested.  The result hurts African Americans generally.  The Harvard sociologist Devah Pager has found that a white with a criminal record has a better chance getting hired than black with no record whatsoever.  Being black in America today is just about the same as having a felony conviction in terms of one’s chances of finding a job,” she concludes.
We need a serious plan for urban redevelopment.  We need a plan to put people to work, a public works project that hires and trains and employs people in work that needs to be done.  We could provide guarantees to pension funds to invest in rebuilding the boarded up homes.  We could train young people to retrofit buildings with solar and energy efficient insulation and windows.  We could insure that transportation exists to take workers to where the jobs are.
Baltimore has put us on notice once more.  Our cities are at a breaking point.  There are more horrors to come, more explosions to follow.  50 years after the Kerner Commission, we ignore its teachings at our peril