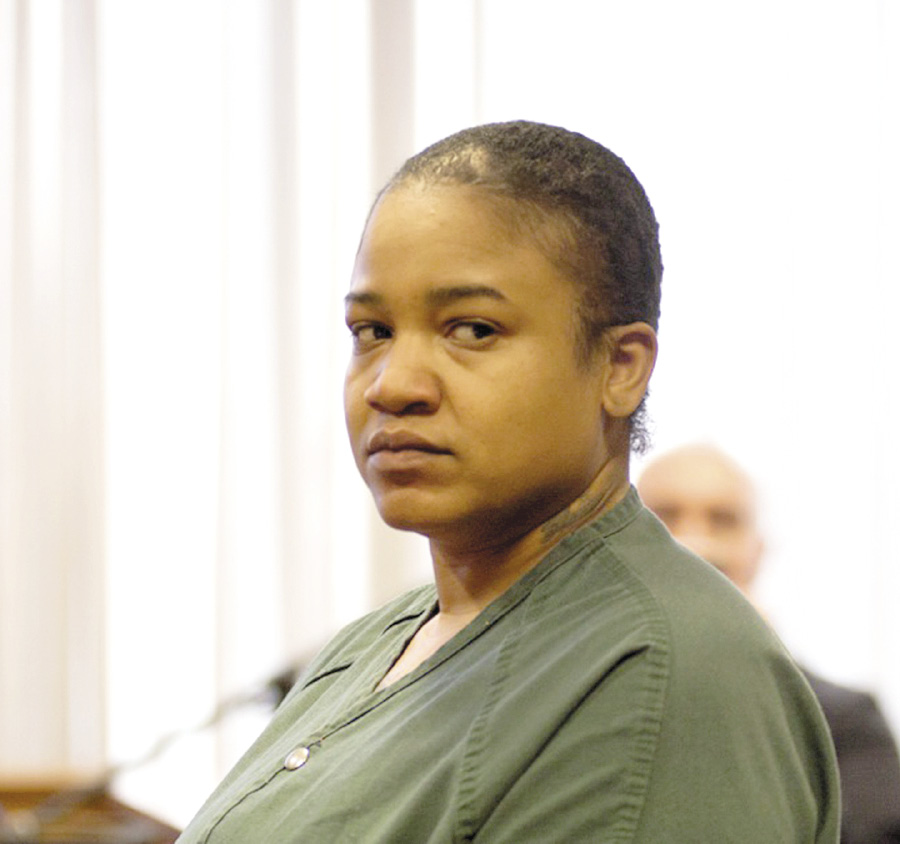 It’s an unthinkable crime — a mother killing her child. The statistics are deeply distressing. In the United States, when young children are murdered, the parents are usually their executioners.
Instances in which parents kill their children are so horrifying and tragic that they defy explanation. And published scientific and medical research, meanwhile, doesn’t offer much epidemiological context to help people understand patterns in such heinous crimes.
On Monday, hundreds gathered at Greater Grace Temple for the funeral of Stephen Berry and his sister, Stoni Blair, who were found stuffed into a deep freezer at their home in the Martin Luther King Apartments, long after their mother, Mitchelle Blair, allegedly abused and killed them.
When did this happen? How did this happen? And what went wrong?
“While everyone is pointing their fingers in some direction, I believe that the only way that we can try to ensure that these kinds of horrific circumstances never happen again is that we point the finger at ourselves,” said Rev. Charles H. Ellis III, who delivered the eulogy, to the Detroit Free Press. “Me included, as a pastor, as a community leader.”
The 35-year-old Blair is facing murder and torture charges in the deaths of Stephen, 9, and Stoni, 13. Her other two children, ages 8 and 17, are currently being cared for by a relative.
Richard J. Gelles, a professor of sociology and psychology at the University of Rhode Island, an expert on family violence, says the National Committee to Prevent Child Abuse estimates that 700 mothers kill their children each year.
And while the details of Blair’s case are still emerging, several prosecutors, lawyers and psychologists who have studied why mothers kill their children point to several common factors. They include depression, emotional strains like financial troubles or custody disputes, a history of child abuse, a need for attention on the mother’s part or a destructive relationship with a man.
Blair’s outburst at last week’s custody hearing that was attended by Alexander Dorsey, Stoni’s father, was a brief glimpse into a horror story that has left the city in shock.
“You was never there for Gabby and Stoni, but you want to hop on the news and act like you was,” Blair said at the custody hearing. “He’s never given a (expletive) about my daughters. Never. Never.”
Dr. Michael Solomon, a psychiatrist at the Northwestern University Medical School, who has studied many women charged with killing children, said in many cases the mother was mentally ill.
“I’ve seen several women who at other times were good, responsible caring mothers who had very severe depression with hallucinations,” Solomon said to the New York Times.
And Dr. Julie Blackman, a psychologist and an expert on mothers who have killed their children, said some mothers appeared to be at least partly motivated by a need for attention, publicity and sympathy.
Often referred to as filicide — the deliberate act of a parent killing their own child — has been documented in literature for centuries. Today, roughly two-thirds of all children murdered in the United States under the age of 5 between 1980 and 2008 were killed by a parent, more specifically 33% were killed by their fathers and 30% by their mothers.
Additionally, a Justice Department study of 8,063 homicides in urban areas found that parents were charged in 57 percent of the murders of children under 12. The study also said such deaths usually followed a pattern of child abuse; in 80 percent of the cases, the parent who killed a child had also abused that child.
The early details of the Blair case are disturbing. According to the petition, Stephen died on Aug. 30, 2012, after Blair spent a long time torturing him. The petition says she wrapped a belt around his neck, choking him, and even lifted him off the ground by holding onto the belt.
Other abuse includes Blair standing him in the tub naked, and throwing hot water on him which caused his skin to peel off, according to the petition. She also forced him to drink window cleaner and put plastic bags over his head, the petition said. When he tore through the bags to breathe, she used “Force Flex” bags to suffocate him until he passed out, according to the report.
The report says the night before he died, Blair decided he “had had enough,” and tried to feed him soup. When he refused, according to the petition, she force-fed him. The document said the next day, she found him unresponsive with vomit next to his body, and put him in the freezer when she realized he had died.
It also detailed the abuse of Stoni, who died on May 25, 2013. According to the report, Blair would punch Stoni in the face after asking questions. The report says the questioning continued over “several days,” and on one of those days, Blair punched Stoni in the face, causing her to fall. Stoni responded by getting back up. Apparently Blair always told the kids to “get back up” when she hit them. Blair then proceeded to hit her in the face with a two-by-four.
Blair’s remaining two children also had extensive scarring from physical abuse — mostly from frequent beatings with an electrical cord. And while Children’s Protective Services admitted they had investigated Blair on two prior occasions, they never took action. There was also no record of the children attending school within the past two years.
“That neighborhood…that community, has to point the finger at themselves and say ‘What did we suspect, but we didn’t get involved?’ … ‘What kind of intuition or feeling did we have but we didn’t act upon it because we said it doesn’t concern me?’” Ellis said.
See funeral photos below: 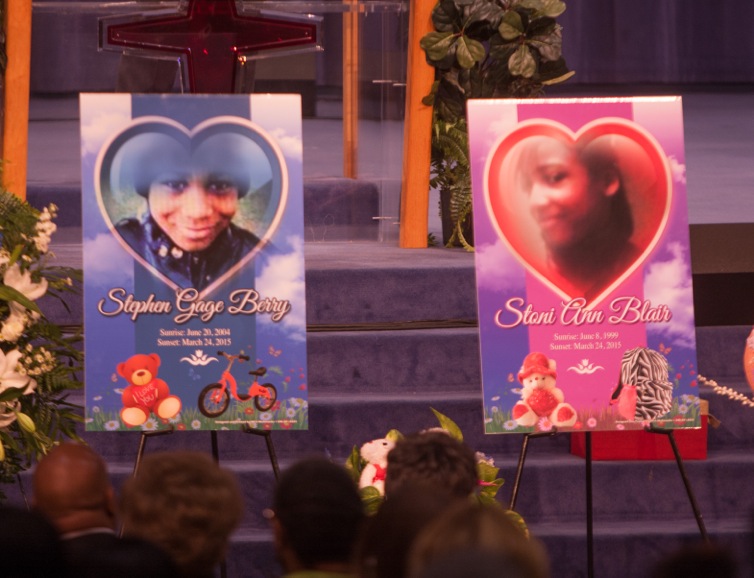