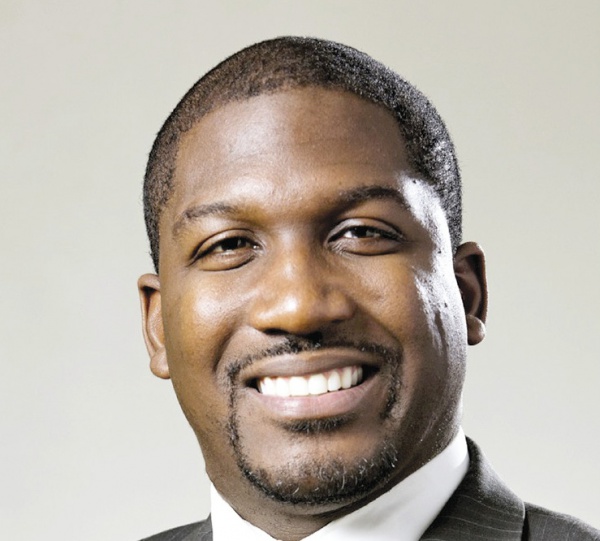 Detroit is a city where African Americans dominate the landscape. Nevertheless, minority groups, particularly Blacks and Latinos, are underrepresented and underserved when it comes to startup businesses. The circumstances have created a group of young capitalists who are looking for the right opportunity to be heard. The challenge is learning how and where to get the resources.
PowerMoves@Detroit, Invest Detroit and the Detroit Economic Growth Corporation are looking to change this. Together, they will host a three-day event, April 13-15, sponsored by Morgan Stanley, where they will bring together local and nationally recruited minority entrepreneurs.
“This really came out of a reality that we recognized and found that less than 3 percent of venture backed companies had a Black, Latino or Native American founder,” said Rod Miller, cofounder of PowerMoves.Nola in New Orleans and CEO of the DEGC. “They are disproportionately underrepresented. It was evident that the more we looked at this, Black businesses, minority businesses had much less of a runway to getting their businesses up and going.”
Next week, minority entrepreneurs will walk into an environment where they will participate in public, venture capital-style pitch events, vying for $120,000 in cash prizes and a chance to raise their visibility to other investors.
“My motivation for bringing (the event) to Detroit, even though the companies will be coming from all over the country, I want to position Detroit as a destination location for high impact growth minority firms,” Miller said. “I want you to think that there is no better place to start my company than the city of Detroit. The city not only offers a cultural recognition, a place where people will fit in and feel welcomed, it also offers a robust, business and entrepreneurial environment that can provide these companies with the support they will need to help them scale.”
There are several reasons why African Americans and other minorities have a hard time getting their businesses off the ground. Minority entrepreneurs simply do not have access to generational wealth, like their counterparts, which makes it hard for them to get the financial support they need. It makes it almost impossible to get that next phase of development.
A recent study done by Professor Katherine Milkman, at the Wharton School at the University of Pennsylvania found that because there are so few minority-led high growth businesses, minorities have fewer business connections, meaning they don’t have access to mentors.
“Normally what will happen…it may take a good entrepreneur a couple of years to get the business model just right,” Miller said. “What we found is that Blacks didn’t have the same runway as their White counterparts to get the business model and the time to get the business just right.”
The bottom line is that when it comes to finding funding for startups, race matters. According to a study conducted by the Center for Venture Research at the University of New Hampshire, minorities made up only 8.5 percent of entrepreneurs pitching potential investors last year. Of that group, only 15 percent were able to secure funding. The number of minority investors seeking and being approved for business loans are equally low.
Next week’s three-day event will include a boot camp to teach high-growth, high-tech companies how to pitch to investors and how to manage growth. Business owners will also have the opportunity to meet and network with investors. PowerMoves, which has been held at various venues in Detroit’s Central Business District, saw more than $11.7 million in commitments to entrepreneurs that participated in last year’s program in New Orleans.
There will be companies from New York City, Washington, D.C., Boston and Chicago participating. Of the 15 companies participating in the boot camp, seven are Detroit-based, including Snapsure, which developed an app to help people find reviews for products they’re looking to buy, and FlashDelivery, a restaurant and grocery delivery service. The companies are vying for $40,000 in prizes.
“The biggest thing I saw going into the program is that it will help us think differently and correctly about being able to scale,” said Tatiana Grant, cofounder of FlashDelivery. “Right now we’re only in downtown Detroit and we’ve had a lot of success — we’ve had over 250 percent growth in the first year and we’re very happy with that. However, we know that we have just scratched the surface.”
Aspiring entrepreneurs are typically very passionate, with ambitious dreams of realizing a fledgling idea. But what really separates the wannabes from the successful entrepreneurs, says Cornell University entrepreneurship professor David BenDaniel, is persistence.
“What we found is that most of the people who work downtown do not necessarily live downtown,” Grant said. “A lot of our customers use us for lunch and we hear all the time, we can’t wait for you guys to come to Royal Oak or Birmingham or Bloomfield Hills, so that I can use you on the weekends or for dinner. The program allows us, from a business standpoint, to wrap our brains around how we are going to be able to scale to do that.”
Zack Burgess is the director/owner of Off Woodward Media, LLC His work can be seen at zackburgess.com. Twitter: @zackburgess1.