In 1950, Detroit had a population of almost two million. However, over the past 65 years, many Detroiters have migrated to nearby suburbs, or left for perceived opportunities in major cities such as Chicago, New York, Atlanta, Houston, Los Angeles, and even smaller locales in the nation’s Sunbelt.
Sparked by the severe downsizing of its once mighty automobile industry, as well as other major manufacturing and service industries, Detroit saw many of its people take their professional talents elsewhere. Yet, despite the coming and going of an emergency manager that ushered the city into a history-making bankruptcy, Detroit is on the rise, even as its population has now dropped to just under 700,000.
Today, despite what has happened in and to the Motor City, good and bad, for six-plus decades, entrepreneurs and businesses are now streaming into the downtown and Midtown areas of Detroit, construction projects are widespread, neighborhoods are earmarked for reconfiguration, retail shopping is developing in ways not seen in decades, foreign investors are eyeing opportunities at an unprecedented rate, and yes, the population hemorrhaging has drastically slowed, and is in the process of a reversal, as people — Black, White, and other ethnicities — are moving into the Motor City.
Thus, many of Detroit’s native sons and daughters have come home from across the United States. The following individuals are five entrepreneurs and represent other professionals that once again are calling Detroit home. 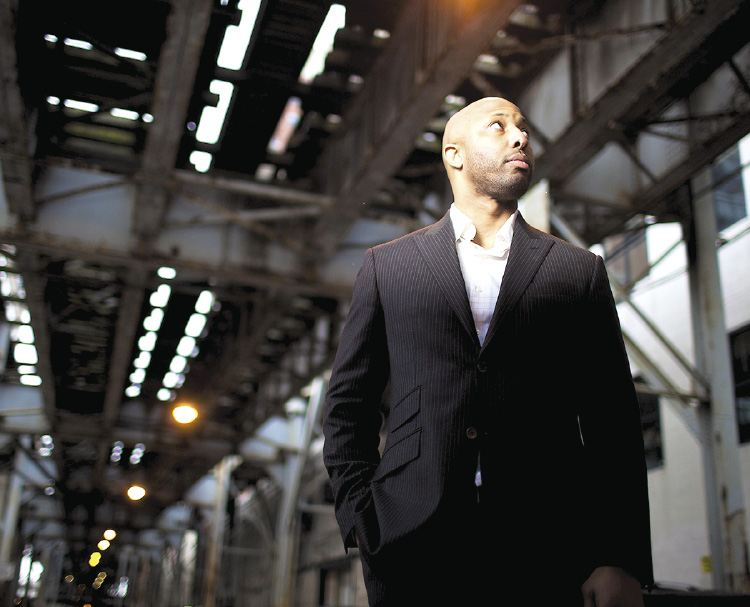 Shannon Cason, 39, professional storyteller/spoken word artist, returned from Chicago in 2014.
Cason moved from Detroit to Chicago in 2006, where he blossomed into one of the Windy City’s best storytellers and spoken word artists. He was also a host, main stage storyteller and grand slam champion with The Moth, a prominent New York-based organization dedicated to promoting the art of storytelling on national and international levels.
Cason was so good in Chicago that he was a regular guest on National Public Radio’s “Snap Judgment,” a weekly radio program that mixes storytelling with music to create funny, dramatic and compelling presentations. While Cason was doing very well in Chicago, his move back to Detroit was inevitable.
“Moving back to Detroit was a very cool experience, because a lot of my stories are about Detroit,” said Cason, who grew up in Detroit and Ecorse. “So being back home allows me to tell my best stories to Detroiters.”
A product of the Detroit’s hip-hop and underground rap movement of the early 1990s, Cason, along with his 31st Century Crew had a major impact on the scene, which he said helped him to become a better storyteller and spoken word artist. He is proud of what Detroit stands for artistically.
“Detroit has always been top quality as far as the arts; we stand for no nonsense,” Cason said. “People don’t mess with this city because we are leaders in so many art forms.”
Cason message to other native Detroiters who are artists, and other professionals, living elsewhere. “Come home and totally invest in the good things that are going on in Detroit,” he said. “Connect with the movement and bring back what you’ve learned in other cities that will help make Detroit even stronger.” 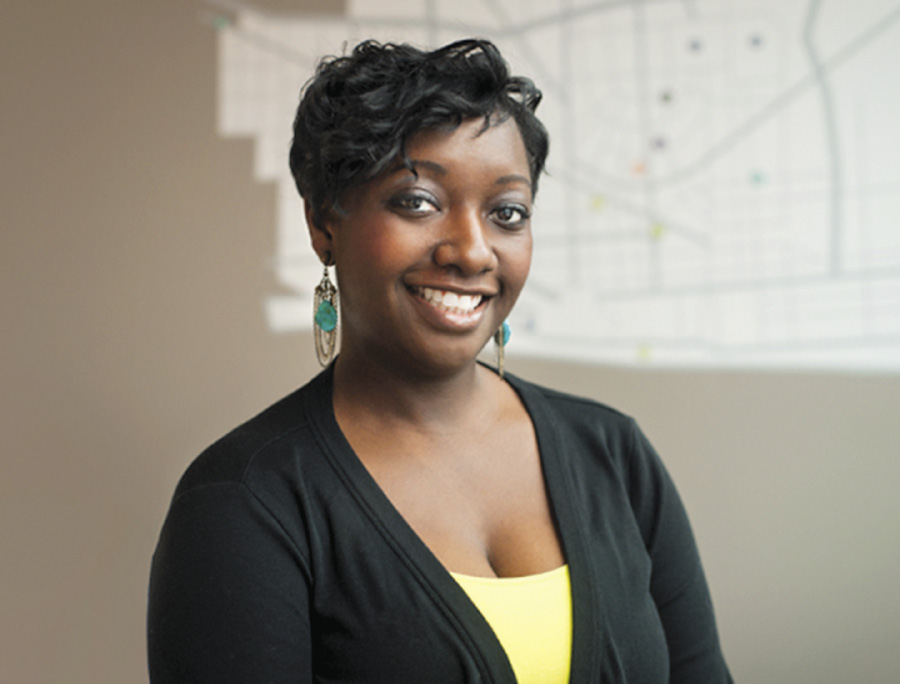 Quinn Hamilton, 31, founder and owner, Firebrand Candle Company, returned from Ann Arbor, Michigan in 2011.
After graduating in 2005 from Yale University in New Haven, Connecticut, Hamilton, armed with a bachelor’s degree in women and gender studies, with a minor in pre-med, was unable to find a job in her field after returning to Detroit. She moved to Ann Arbor to accept employment as a research assistant at the University of Michigan’s Department of OBGYN. She ultimately moved up the ranks to become a clinical research coordinator.
While, Hamilton was very well paid, and working in the field that she loved, she wasn’t totally happy.
“I wasn’t using my creative and innovative sides,” said Hamilton, who grew up in the Davidson/Livenois and Rosedale Park areas of Detroit. “I was following strict guidelines. I felt that I was withering away in my cubicle. I wanted more…and I wanted to move back to Detroit.”
In 2011, Hamilton followed her heart back to Detroit, but carpooled five-days a week to her job in Ann Arbor. The commute became tiresome, which motivated her to resign from U of M.
In 2013, Hamilton founded Firebrand Candle Company, a candle-making entity that designs and makes candles named for and inspired by Detroit streets. The company operates online, but it will be housed in a brick and mortar facility before the end of the year.
On her move back home: “I am a hometown girl, through and through,” said Hamilton, who lives within Detroit city limits. “Things are changing for the good and at a rapid pace. I see great innovation happening. I saw this great movement in Detroit while I was living in Ann Arbor. I knew I had to get back home to live and work, and I thank God for His favor and blessings to be able to do so.” 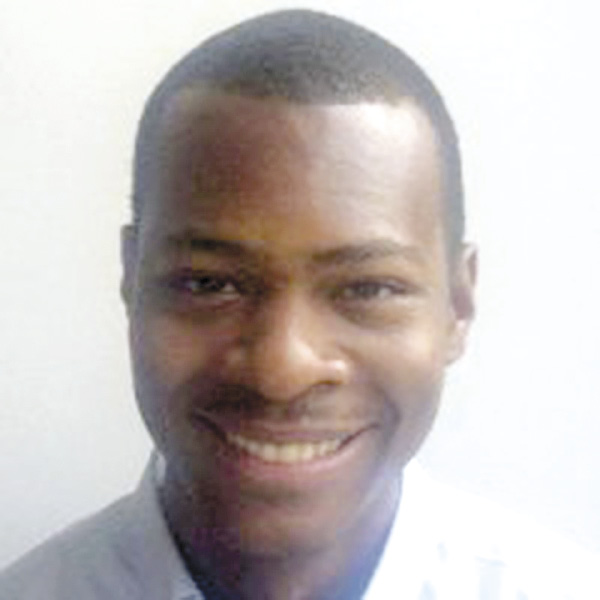 Jelani Karamoko, 30, principal attorney, Detroit Land Bank Authority, returned from Cambridge, Massachusetts in 2013, after living in New York and Atlanta respectively for four years.
In September, 2013, Karamoko returned to his hometown of Detroit. He was gone for more than a decade. A graduate of Renaissance High School, Karamoko went on to attend Morehouse College in Atlanta where he received a bachelor’s in economics and, subsequently attended Harvard University Law School in Cambridge, Massachusetts to earn a law degree.
After graduating from Morehouse in 2006, Karamoko headed to New York to work as a bonds trader for Bank of America on Wall Street. In 2009, in the midst of the well-publicized financial crisis, Karamoko enrolled in the Harvard Law School. He graduated in 2013 and could have gone almost anywhere in world, but moved back to Detroit.
Karamoko currently serves as principal attorney for the Detroit Land Bank Authority. In this capacity, he oversees a team of nine attorneys, whose mission is to handle legal issues and civil court litigations as they pertain to the acquisition, management and disposition of the tens of thousands vacant homes and commercial structures in Detroit that have been reverted and acquired due to severe tax circumstances.
Karamoko’s message to others contemplating a move back to the Motor City is, “Come on home and be a part of the history that’s being made. There are other cities that have a lot going on, but they can’t offer a chance to build an American city. It’s a once-in-a-lifetime opportunity.” 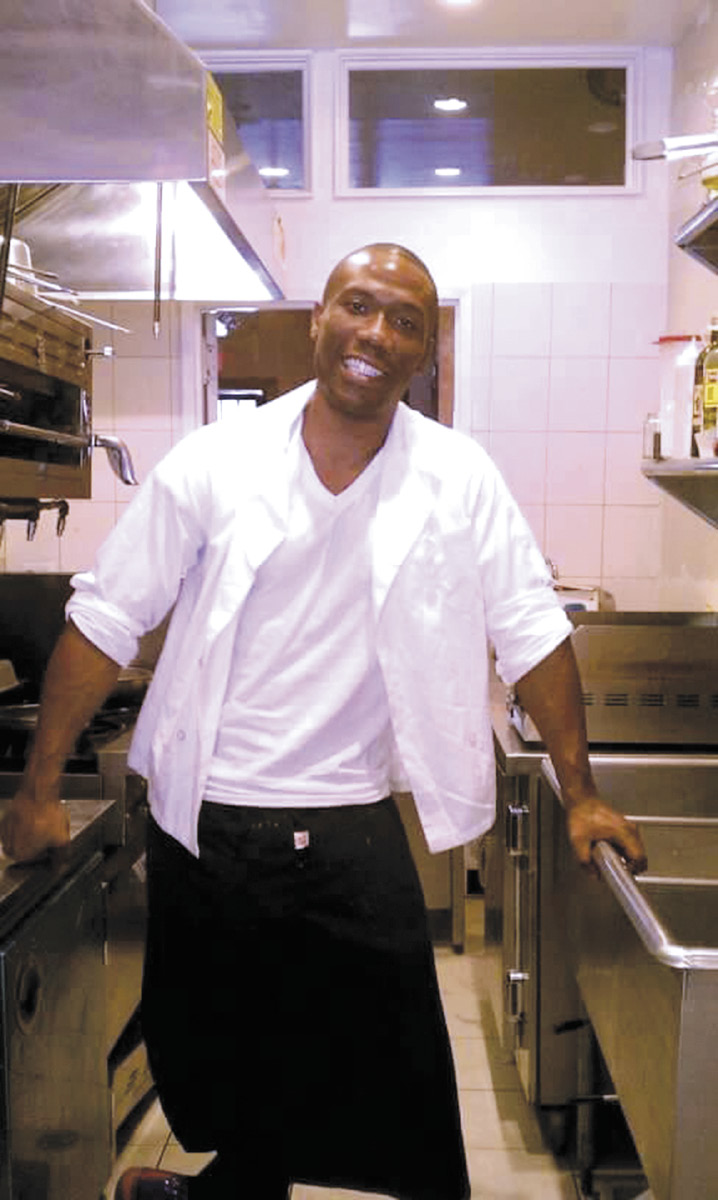 Chef Michael M (Michael Anthony Page), 42, owner, Grandma Told Me So Eatery, returned from New York in 2014.
Page moved from Detroit to New York in 2005. IHis his desire to become a professional chef bloomed once he got to New York.
“I never knew that I wanted to cook professionally until the God of my understanding told me who I was, what I was supposed to be doing and what I was passionate at,” said Page. “I knew that I always cooked, but I didn’t know that I really loved cooking until I got to New York and realized that this is what I should be doing.”
In the Big Apple, Page developed his cooking skills by training and working at some of the New York’s most elite restaurants. He also owned and operated a catering company, Comfort Zone Cooking Service. Thus, he became Chef Michael M.
Although his Detroit hometown was going through tough economic times, Chef Michael M decided to move back.
“I came back because I wanted to open my own restaurant in Detroit,” he said. “So, I felt it was time to come home. Plus, this is where I have family and friends.”
Chef Michael M is eying a couple of locations around Detroit for his soon-to-open restaurant, Grandma Told Me So Eatery, which will be established based on the inspiration of his grandmother who showed him the many secret recipes that made her famous in Greenwood, Mississippi. As a youth, Page visited his grandmother every summer. The new eatery will feature an eclectic menu of cuisine, including Creole, West Indian, Italian and Southern dishes. His company presently caters for corporate and private events throughout metro Detroit.
Chef Michael M is currently involved with Gofundme.com, where he is raising money to move into the place that is ideal for his vision, which is a 150-seat restaurant that will include a stage for live entertainment. He is hoping that others will catch his vision and invest. 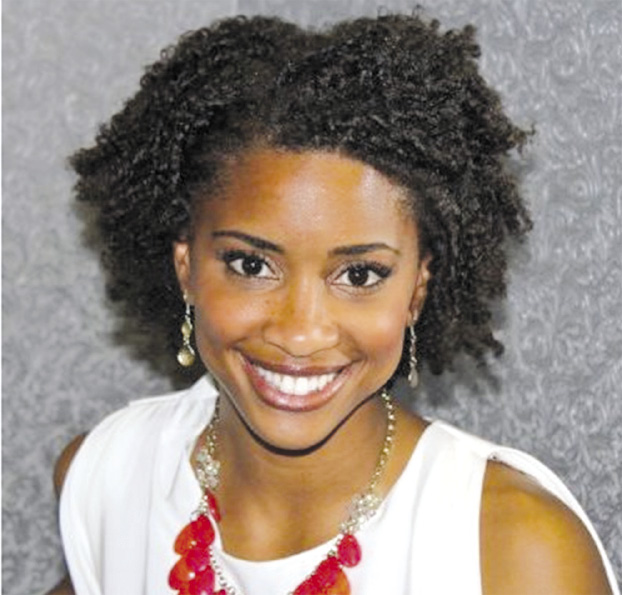 Tanisha R. Strong, 28, associate director of strategy & insights, Carat (Detroit), returned from San Francisco in 2014.
Strong had not lived in Detroit for 10 years, before moving back home in 2014. After graduating from Southfield High School, Strong, who lived in Detroit, attended Ohio State University where she earned a bachelor’s degree in marketing. She immediately took a job at Procter & Gamble in Cincinnati for six years, before moving to San Francisco, where she worked four years as a senior manager, global marketplace insights, as well as a manager, marketplace insights, for Levi Strauss & Co.
“In 2013, I had my first inkling that I wanted to move back to Detroit,” Strong said. “But it took me a year to actually move because my career was going, really, really well. I also loved my friends out there and I loved San Francisco. However, I began to follow what was happening in Detroit more proactively. I finally made the decision that moving back was something that I really, really wanted to do.”
Strong said she has no regrets about moving back to the Motor City. She currently works as an associate director of strategy & insights for Carat, a global media planning and buying firm with a downtown Detroit presence.
“I love being around my family again, and I love being a part of the revitalization of the city,” said Strong, who just closed on a house in the city. “I want to help with the city’s comeback because I have so much love for Detroit.”
Strong’s message to native Detroiters who currently live elsewhere: “Detroit has become a great dimension for young, Black professionals. I hope that they will also come back home to help revitalize Detroit.”
Native Detroiters bring professional talents